The Historical Charms of Medan

Ask any Indonesian here in Jakarta about Medan and its people, and you will likely get one of several prevailing opinions. Some declare it a rough and aggressive place whose unruly residents speak with a coarse accent. Others rave about the food, particularly the non-Muslim fare of the Chinese and indigenous Batak communities. Still others might say the city has a reputation for crime: cue the Medanese friend who spoke of a break-in at his family home while his mother was around – the thief escaped after hearing her screams and realizing he’d entered the window of a room that had been locked from the inside. Then he told me of a cousin’s encounters with a (sympathetic) local mafia boss who was a regular at her restaurant. Few visitors – if anyone – would describe Indonesia’s fourth-largest city as beautiful, charming, or easy on the senses. But good food is not the only redeeming quality of the boisterous provincial capital of North Sumatra. END_OF_DOCUMENT_TOKEN_TO_BE_REPLACED

In a small restaurant down a nondescript Hong Kong street, I found myself with a group of friends discussing the merits of Indonesian cuisine. Three of us were quick to agree, but there was one dissenting voice. I looked on in horror as a friend wrinkled her nose and gave us a disapproving frown. “I think it all tastes the same.” END_OF_DOCUMENT_TOKEN_TO_BE_REPLACED

If we only believe the sensationalism of Fox News, CNN America and other media outlets, Indonesia is the kind of country a lot of people might want to avoid. Historically, it has made world headlines for all the wrong reasons – plane crashes, violent protests, terrorist bombings and large-scale natural disasters. END_OF_DOCUMENT_TOKEN_TO_BE_REPLACED

Shortly before my trip to Palembang, a curious coworker asked me why I wanted to go there. At first I struggled to come up with a decent answer. I could have mentioned the city’s long history, and how it was once the capital of a powerful maritime empire. Or I might have told her about the traditional textiles known as songket, woven with delicate strands of shimmering gold thread. Instead I latched onto something she could relate to as a Hong Konger: “The fishballs [fishcakes] there are very famous,” I replied. END_OF_DOCUMENT_TOKEN_TO_BE_REPLACED

Palembang, past and present 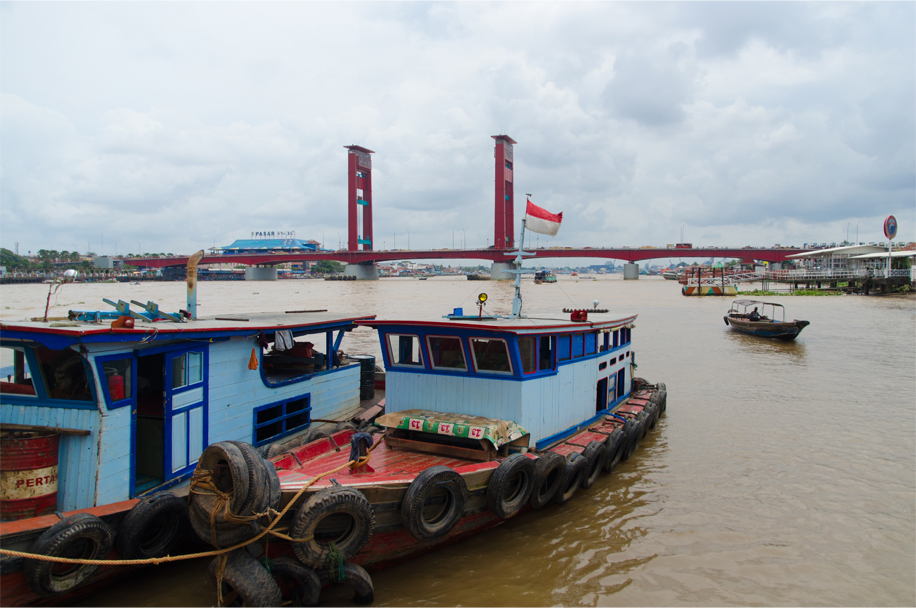 Outside the walls of Benteng Kuto Besak, a hulking fortress on the banks of the Musi River, Palembang is celebrating the start of another weekend.