When you live somewhere long enough, it’s easy to become desensitized to the very things that make it special. When we think of traveling we often neglect places closer to home in favour of more “exotic” destinations further afield.

I have been in Bath for the past 4½ years and there are days when I just get jaded with all the historic landmarks and Georgian terraces. On my way to and from university I always see groups of tourists clutching cameras and maps, posing in front of the Abbey and queuing up to visit the Roman Baths. This is even more so in the warmer months, when people come from all corners of the globe to get a taste of England as it once was. Practically the entire city has been declared a UNESCO World Heritage Site so it really is something special.

Last night I had the crazy idea of watching the Easter sunrise from a viewpoint overlooking the city. While everyone was still in bed, I clambered up the steep hill behind the railway station towards Alexandra Park. Rainclouds were hanging low in the sky, but the sun still managed to peek through the gaps as it rose. 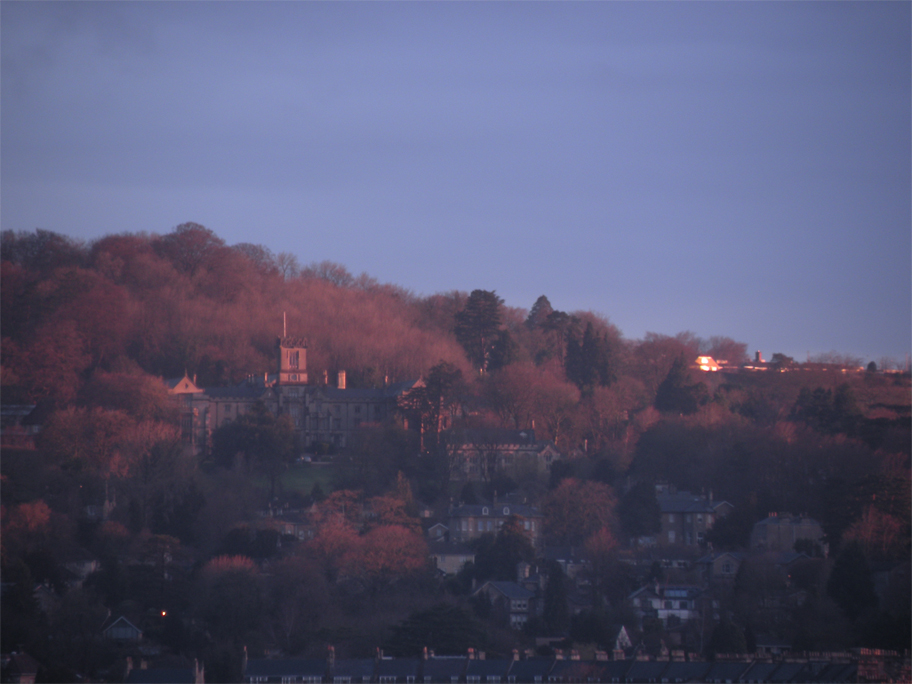 The most beautiful moment came when the sun’s rays illuminated a portion of the northern reaches of the city – including the wonderfully asymmetrical Camden Crescent, which lost 9 of its houses to a landslide back in 1889. If only the sky were cloudless, then the whole city would have shone in dazzling hues of gold.

Eventually the sun disappeared behind a thick layer of cloud, and feeling my fingers go numb from the cold, I descended halfway down the hill to a friend’s house. I rested there about 45 minutes before returning to the top of the hill to get a few more pictures. By this time the rain clouds had shifted and the city was bathed in bright sunlight. If only it had been like this at sunrise! 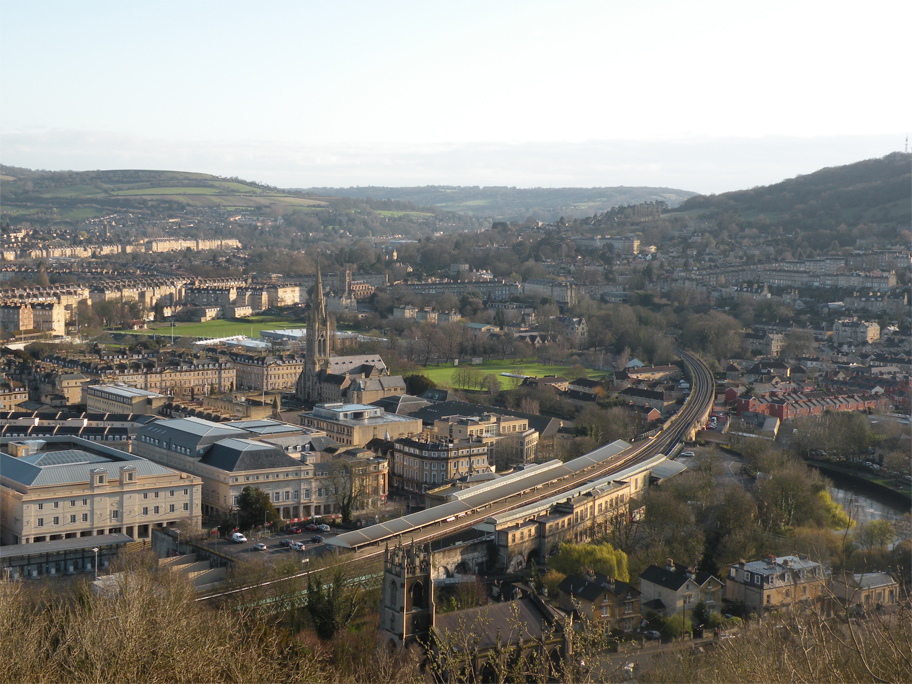 It’s amazing to think that I live within walking distance of  these views – including the steep climb it only took about 20-25 minutes from my front door. Like most well-kept secrets, Alexandra Park is not really frequented by tourists because only the locals know it exists. The main route up to the top takes you through a residential neighbourhood and the shortcuts from town (which I took) are not signposted. As a Bath resident myself, I’m more than happy to keep it that way.

Tags: Bath, England, Sunrise
From: United Kingdom
← Las Fallas: 48 Hours in Valencia
All it takes is just one volcano… →
5 Comments Post a comment