Into the Andalusian Soul, Córdoba. 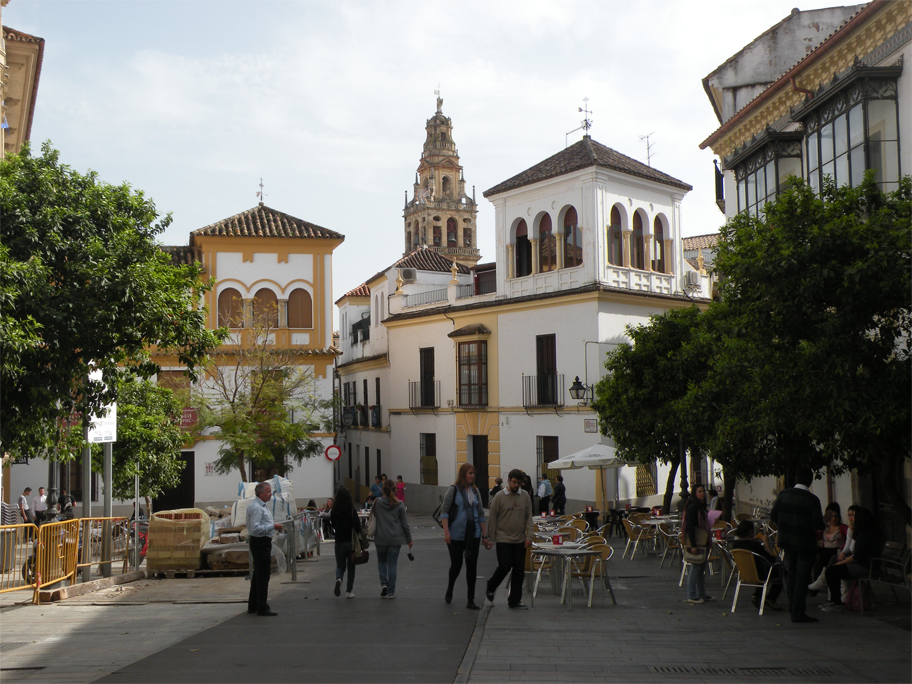 “Número diez.” With a nod the taxista puts his hands on the wheel. 6 hours after leaving Madrid, his unmistakeable accent reminds us that we are practically a world away from central Spain. I roll down the window to let in some fresh air. Outside the sun is high in the sky, its rays beating down onto the tarmac as we whisk past rows of majestic palm trees.

Even with a breeze coming through it is noticeably warmer, as though the summer had arrived several months in advance. “You’ll like the old city,” the driver tells us, “It’s been declared a UNESCO site.” We swerve into a one-way street, zigzagging until we see the honey-coloured walls of the Alcázar. With the clak-clak-clak of horse-drawn carriages behind us, the taxi bounces over the cobblestones and into the old town. 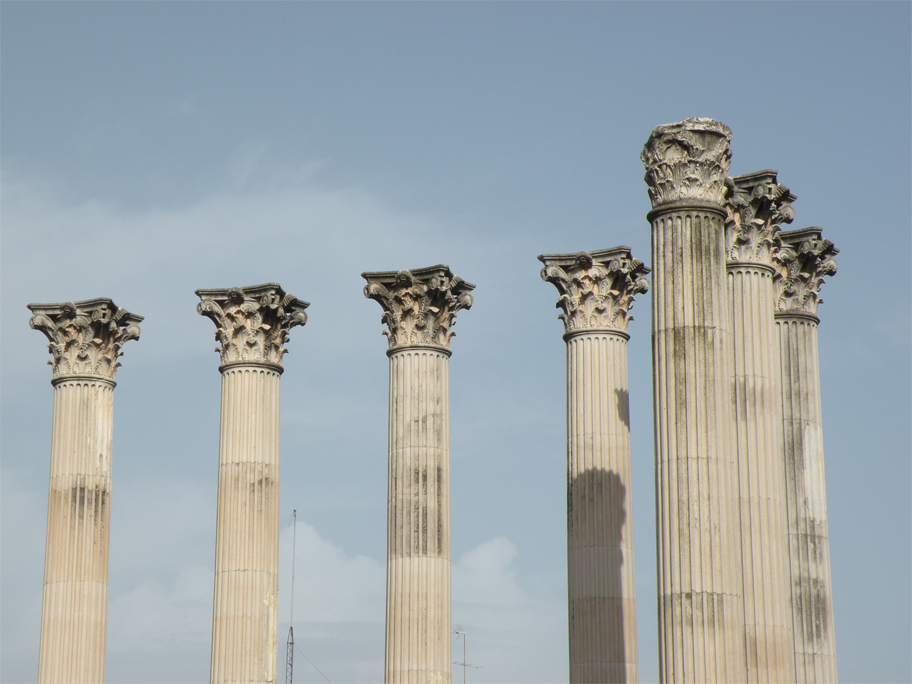 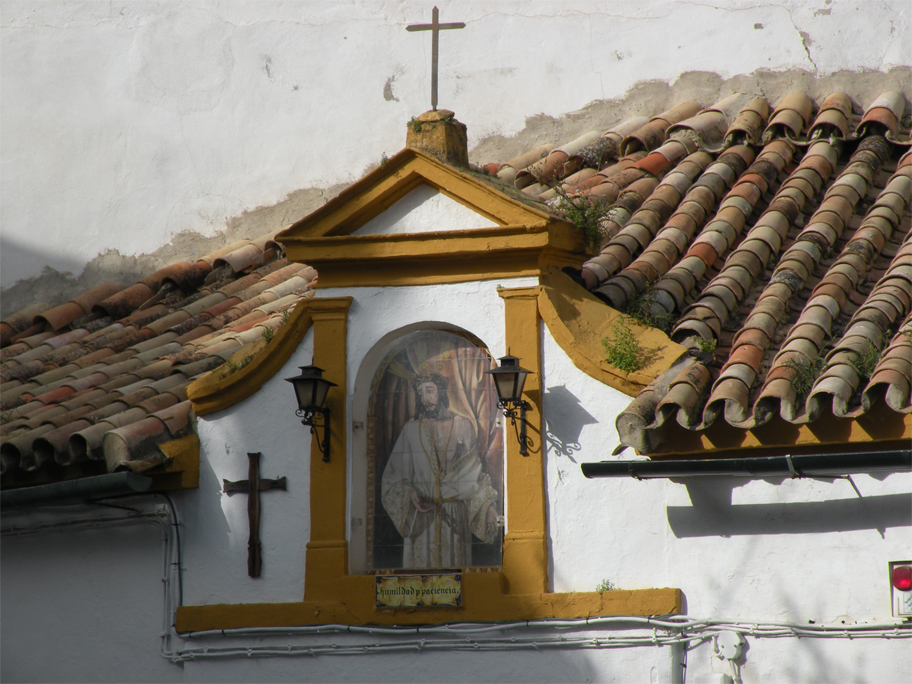 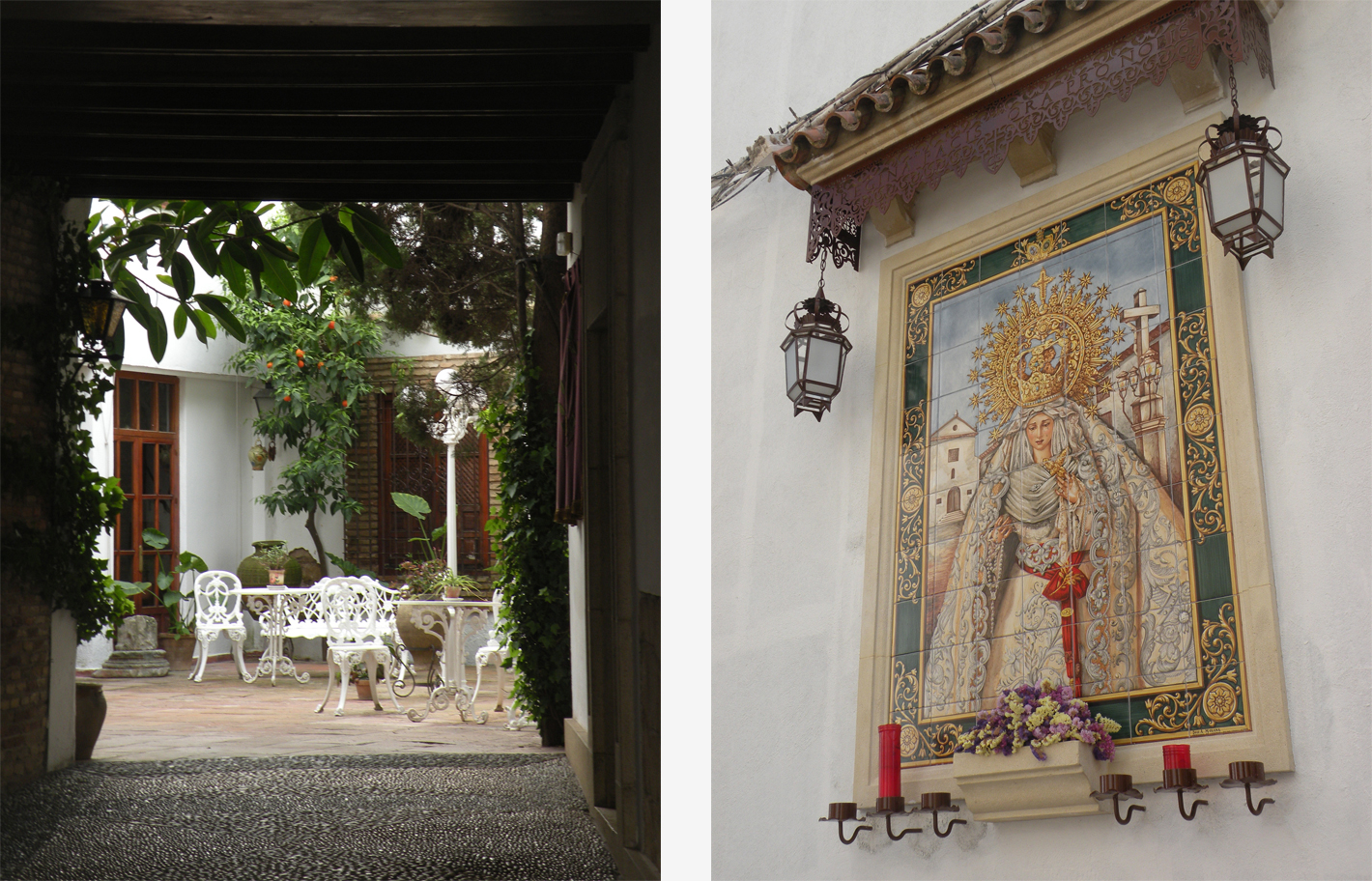 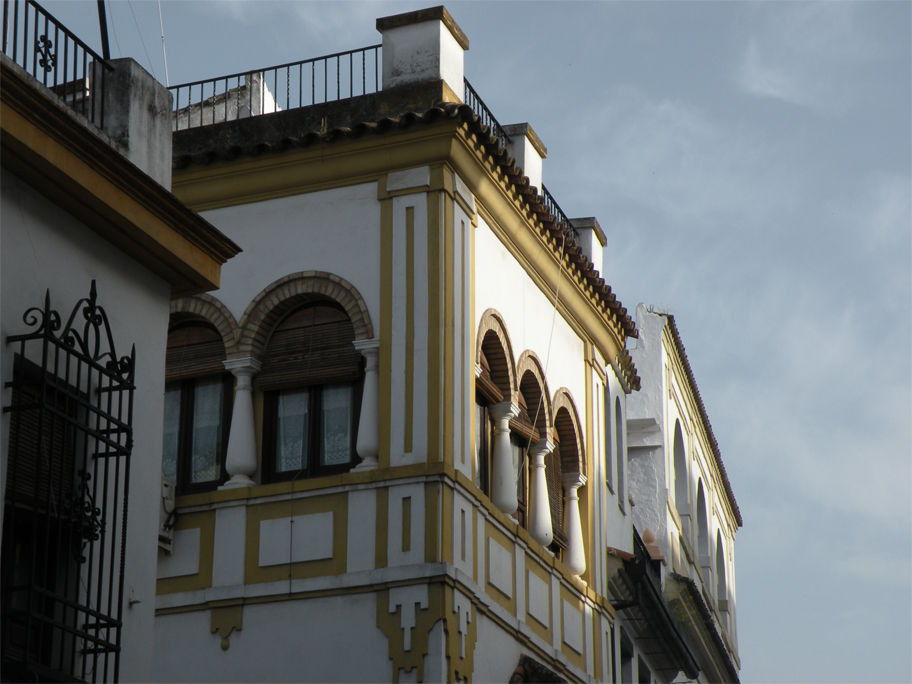 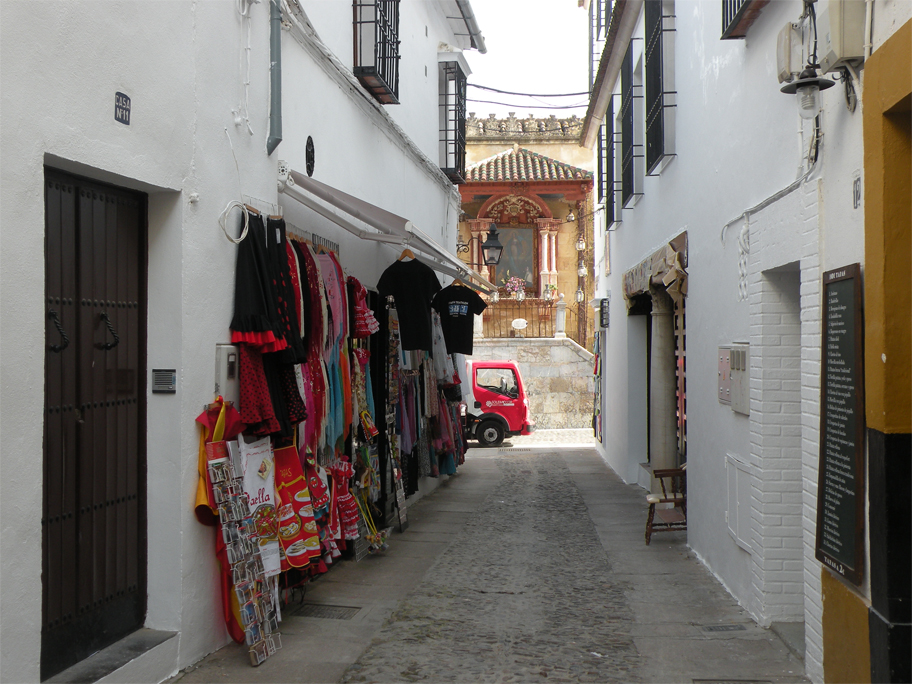 There was a time when Córdoba was one of the world’s greatest cities. At its apogee in the 10th century as much as a million people may have lived within its boundaries, making it one of the most populous urban centres of its time. As the capital of an independent caliphate governing all of Moorish Spain, Córdoba became a vibrant financial and cultural centre, hosting a heady mix of Muslim, Christian and Jewish residents.

Without a doubt the greatest monument to caliphate times is the magnificent Great Mosque, Córdoba’s undisputed civic heart since the late 8th century. The labyrinthine streets of the old town are also a direct legacy of Moorish rule; from the air they resemble the medinas across the Strait of Gibraltar. 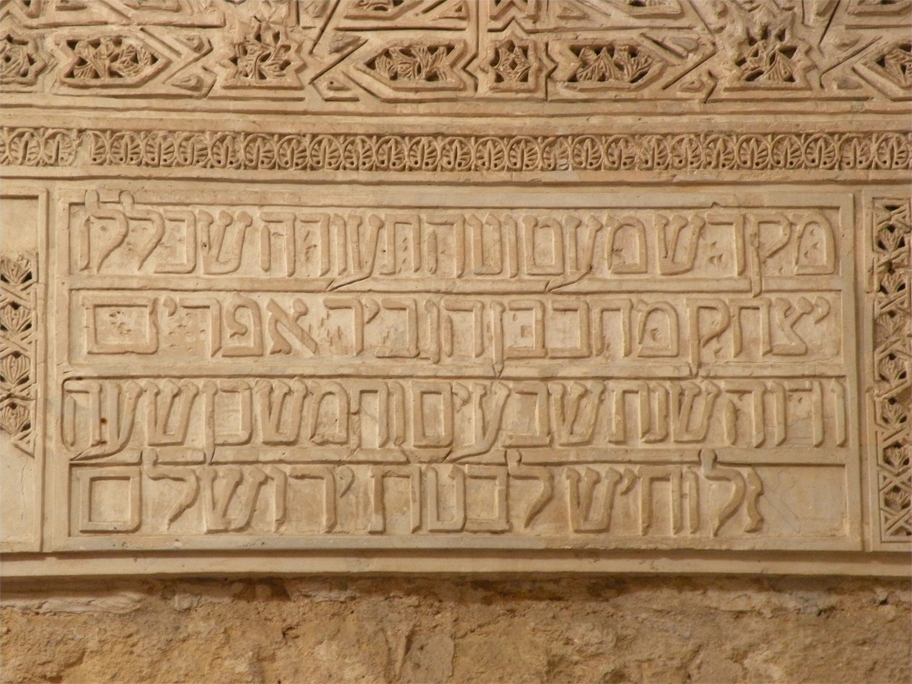 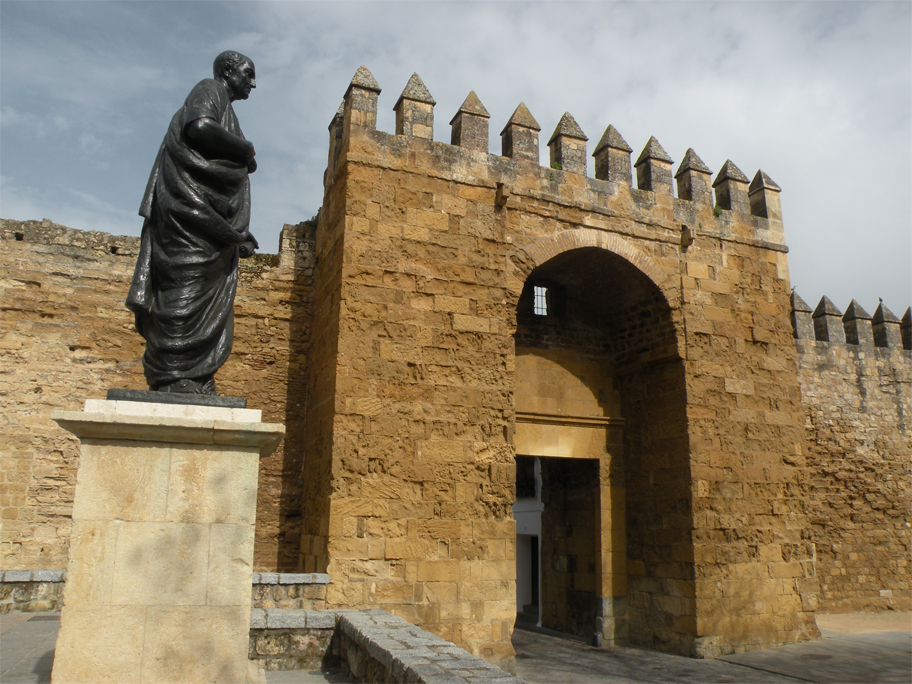 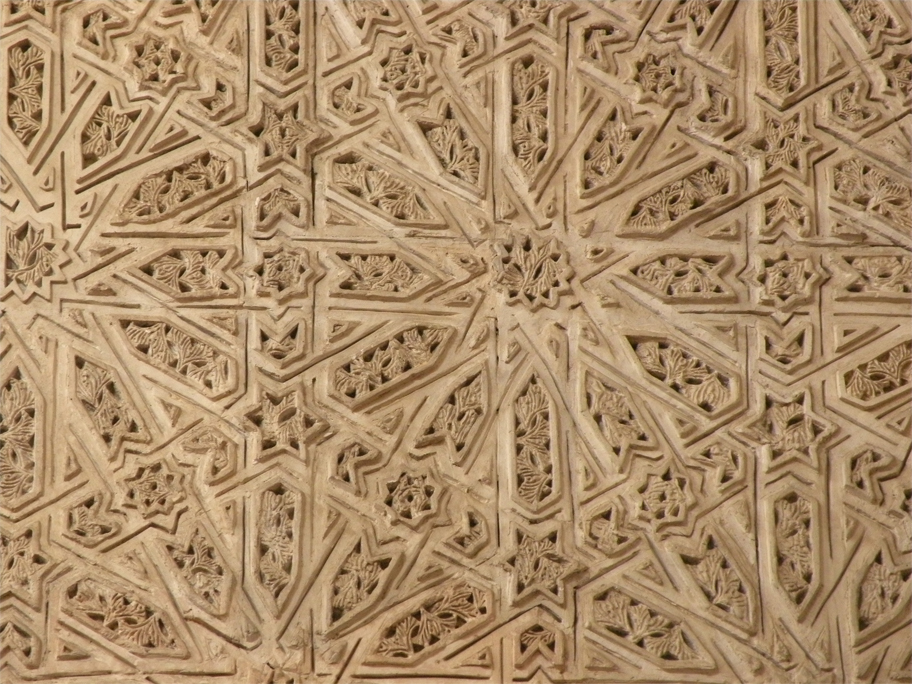 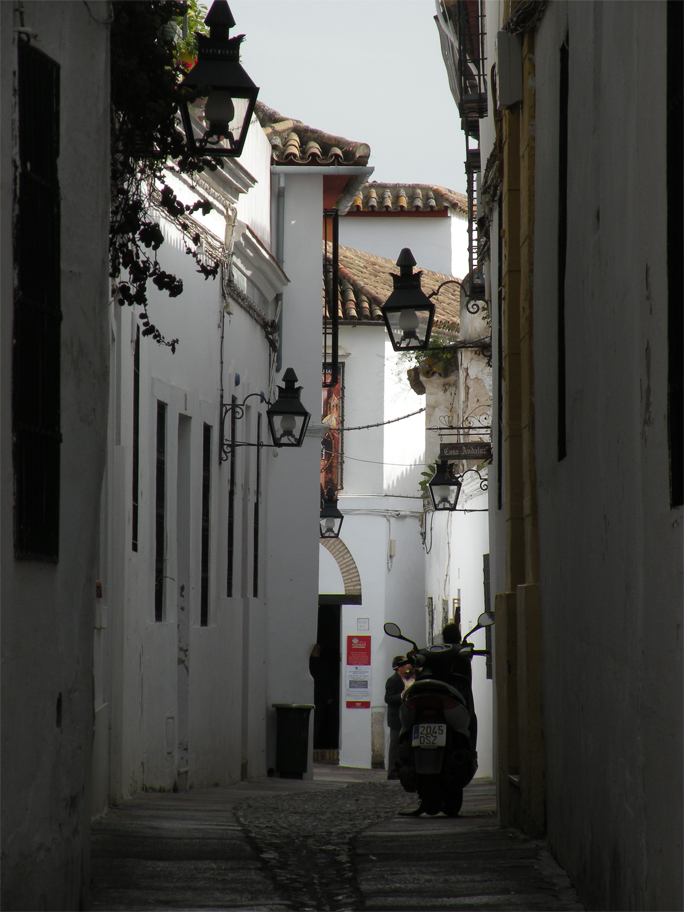 One thing that makes Córdoba so alluring is the fact that it feels halfway between the Castilian and Arab worlds. 500 years of Muslim rule has certainly left its mark on the city, adding to the rich mosaic with fragments dating from earlier times. Here the layers of stone coexist and meld with one another; even the brand-new Archaeological Museum stands over the rediscovered remains of the old Roman theatre.

Perhaps the best place to take it all in is from the rooftop terrace of the Torre de la Calahorra, the defensive structure at the far end of the Roman Bridge. Constructed in Islamic times, its thick stone walls now contain the Live Museum of Al-Andalus, an audiovisual experience featuring extraordinary scale models of both the Great Mosque and the Alhambra. 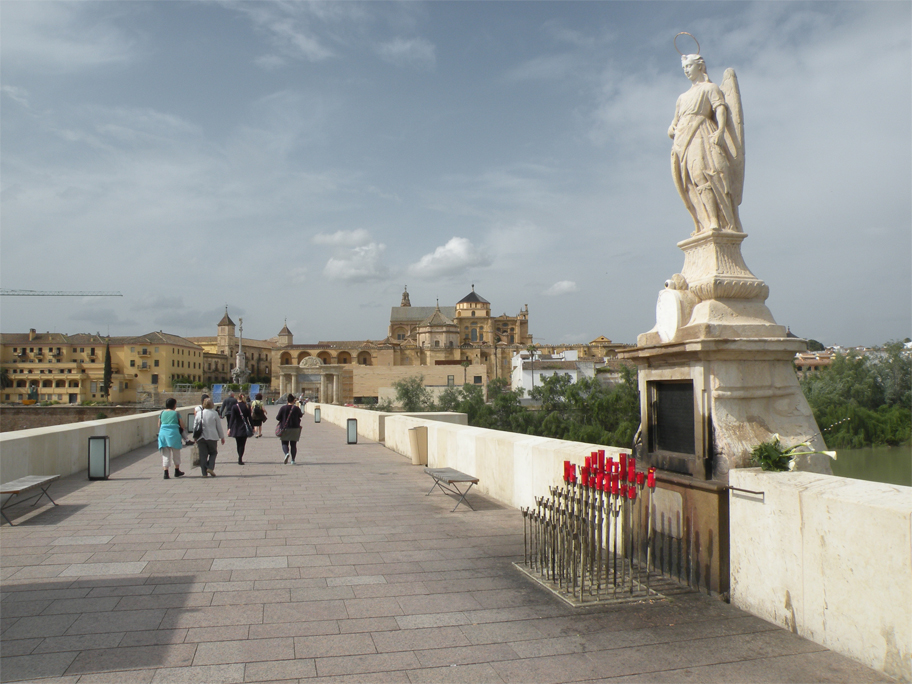 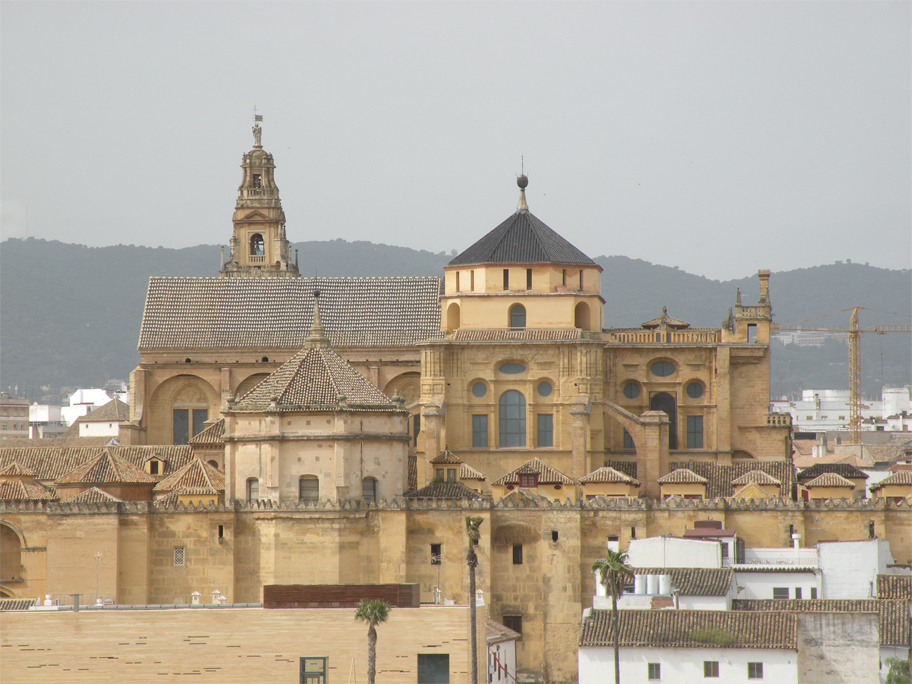 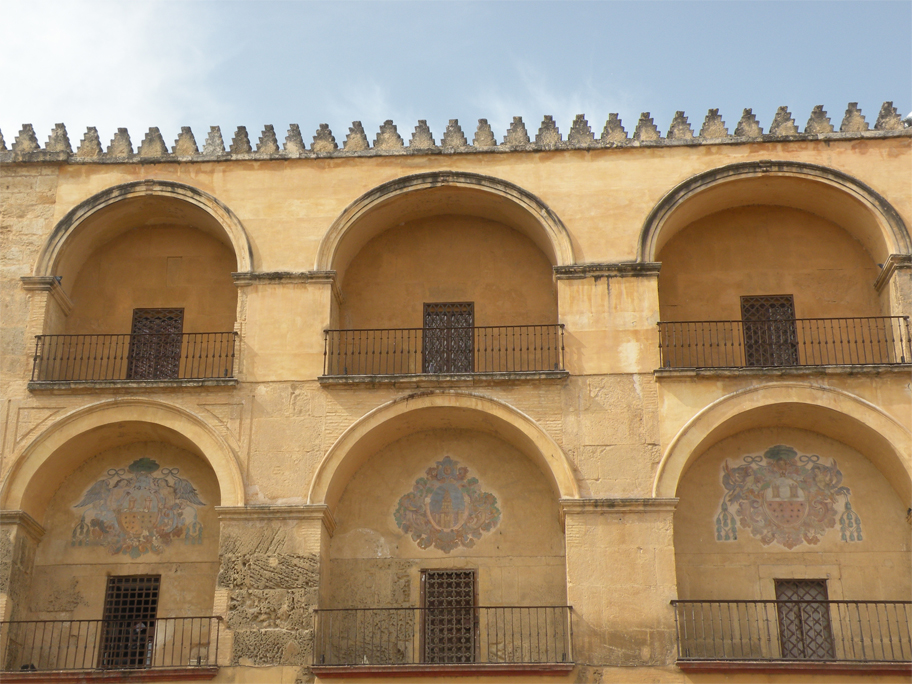 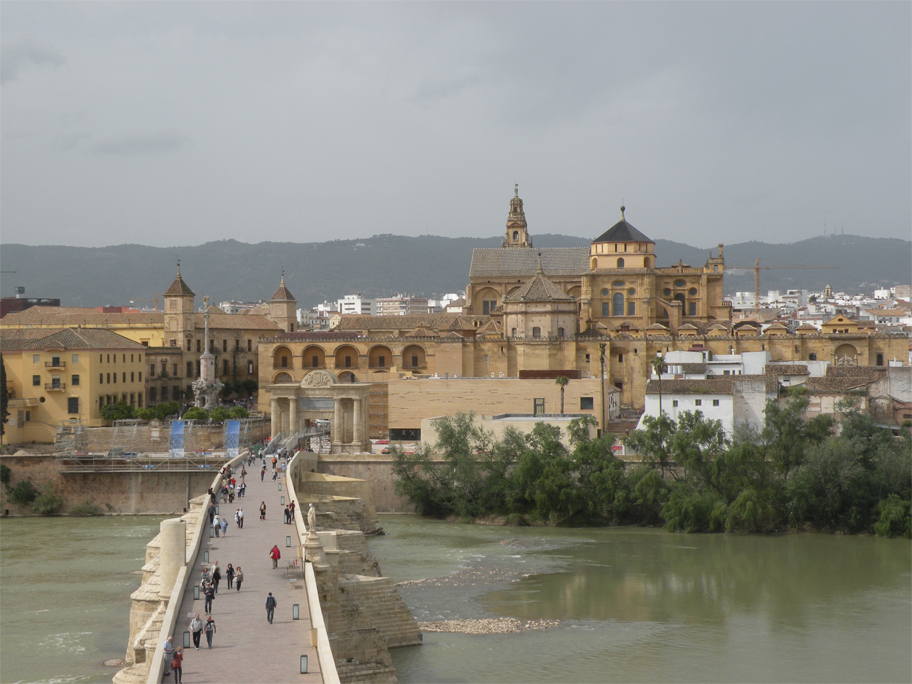 Another curious exhibit is a set of surgical instruments, reproductions of those invented by Albucasis, the greatest medieval surgeon of the Islamic World and the father of modern surgery. Born just outside Córdoba in 936, he spent much of his life practicing medicine in the capital.

In its golden age the city had an unparalleled intellectual boom. Within a relatively short period of time Qurtuba produced great figures such as Maimonides, the celebrated Jewish philosopher, Torah scholar and physician; Ibn Zaydún, the leading romantic poet of Muslim Spain; and Ibn Rushd (or Averroes) the thinker-mathematician who is credited with reconciling Aristotelian philosophy with Islam. 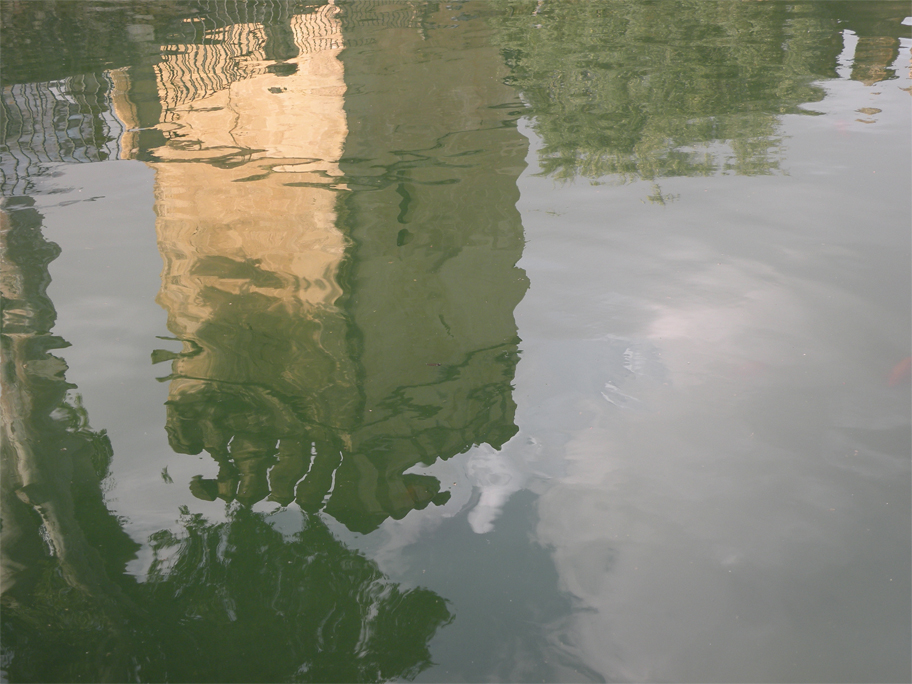 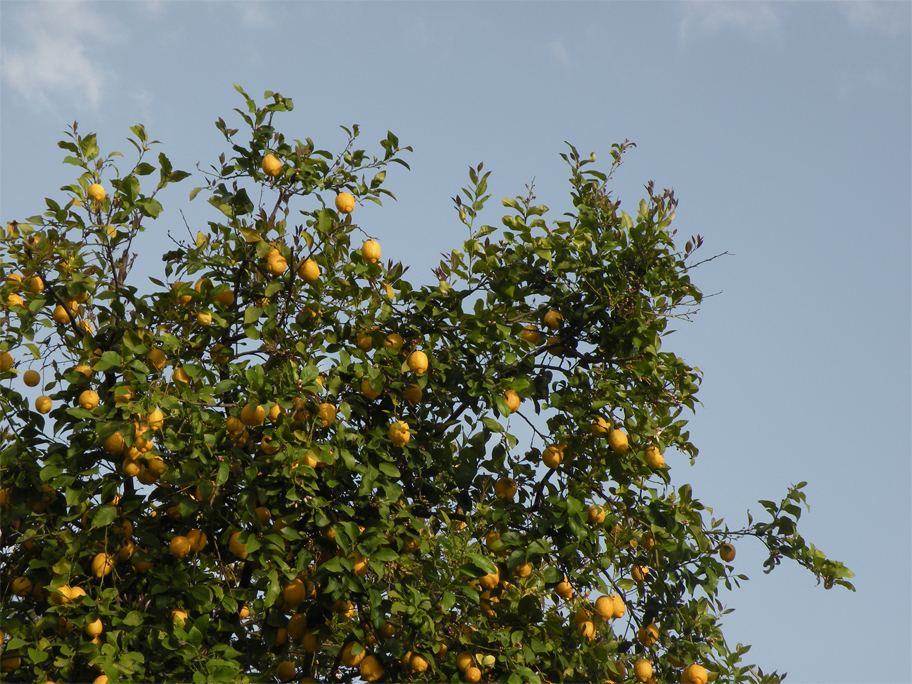 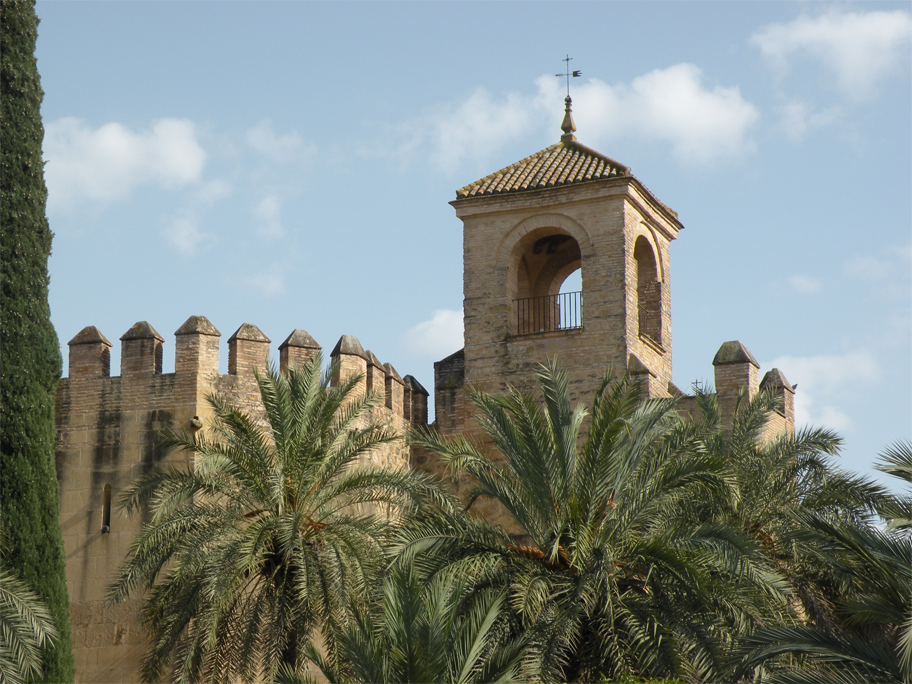 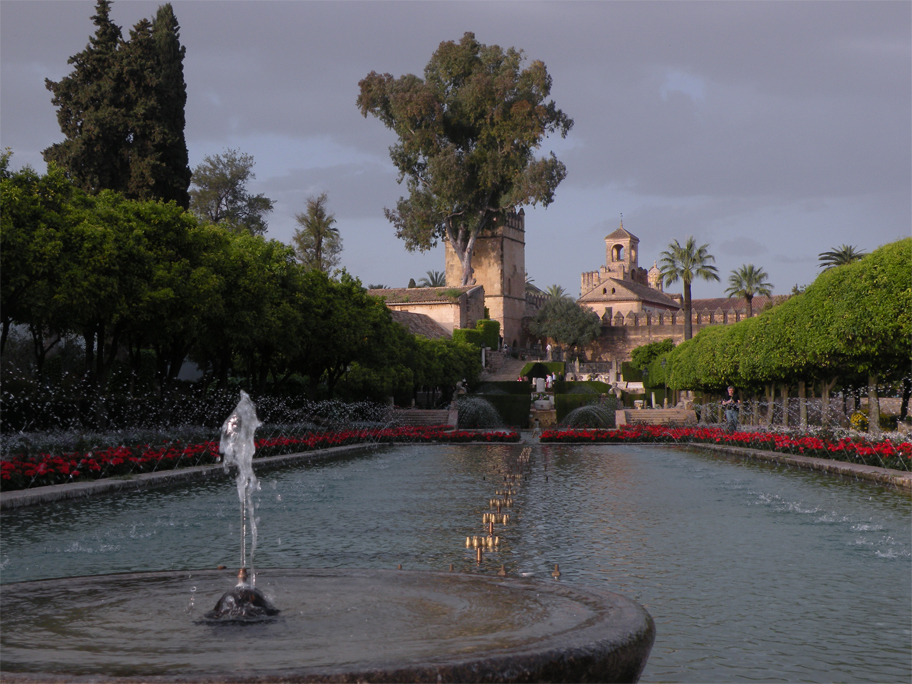 It’s the end of the day and we are in the gardens of the Alcázar de los Reyes Cristianos, a medieval fortress that once served as a royal residence and the seat of the Spanish Inquisition. Just ahead of us the path is lined with trimmed cypresses, their tapered forms casting long shadows across the ground.

“I’m so glad we’re here,” Ari says softly, “it’s just so beautiful.” I almost don’t hear her words. If there was any explanation for my half-dazed, dreamlike state, it had to be the sheer greatness of the Mosque and the whitewashed streets of the old city. After spending nearly half a year in Salamanca, I had finally made it down south.