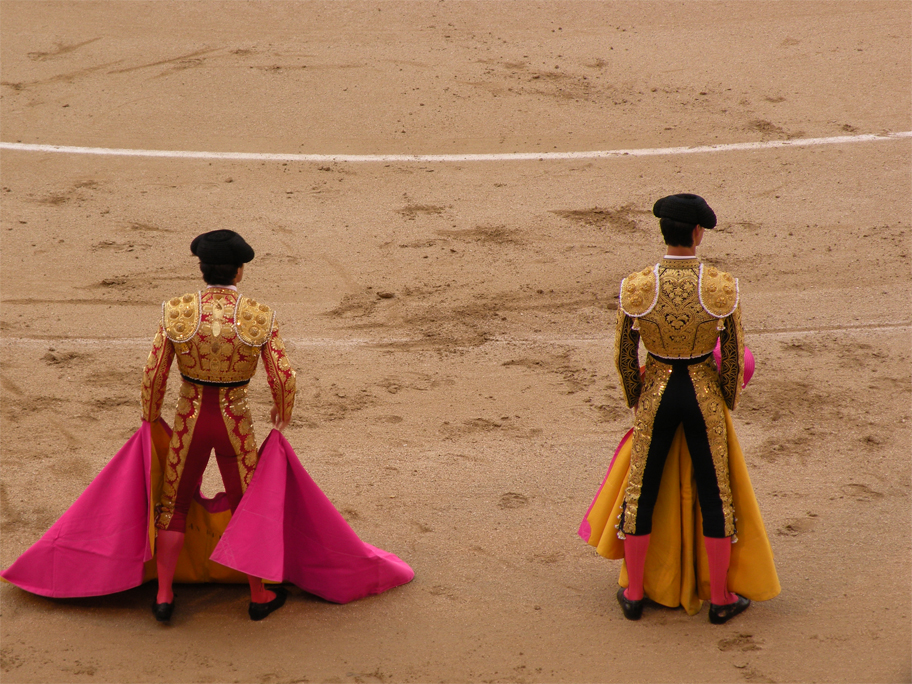 For most of my time in Spain I was loathe to attend a bullfight. Especially after hearing the experiences of my friend Christina in Ciudad Rodrigo – where they do bull runs and bullfights for Carnival – I found little to no appeal in what I saw as an unforgiving blood sport.

But my Spanish history and culture teacher was adamant. “Even if you don’t agree with it,” he would tell us, “you should see it once before making a judgment.” At the time we were learning all about tauromaquia, the umbrella term for everything surrounding this deeply controversial spectacle.

Eventually I took on his advice and went with several friends to Las Ventas, Madrid’s celebrated bullring where every up-and-coming torero dreams of performing for the crowds. Watching from the stands, I found myself torn between the artistic elements and the stark brutality of the tradition. It was a big surprise – what I witnessed that day challenged my preconceptions of bullfighting and its significance as a part of Spanish culture. As usual there will be pictures but I have kept them as bloodless as possible. 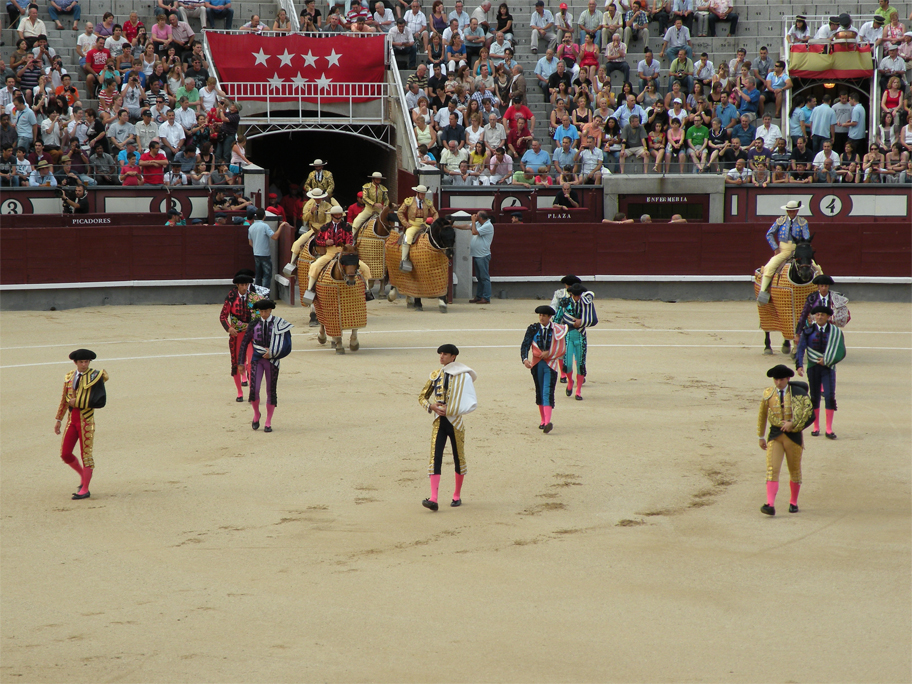 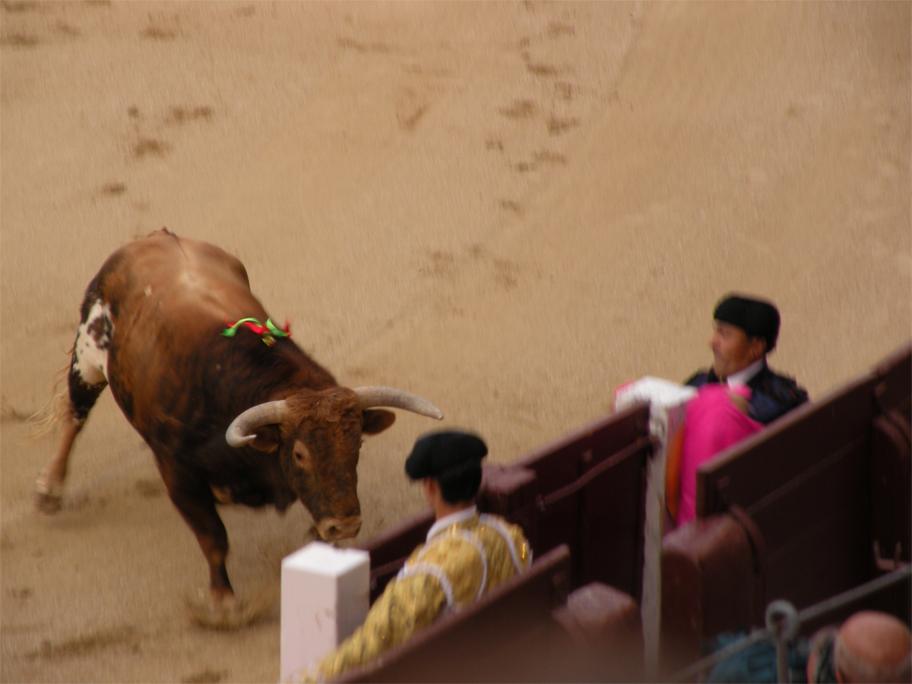 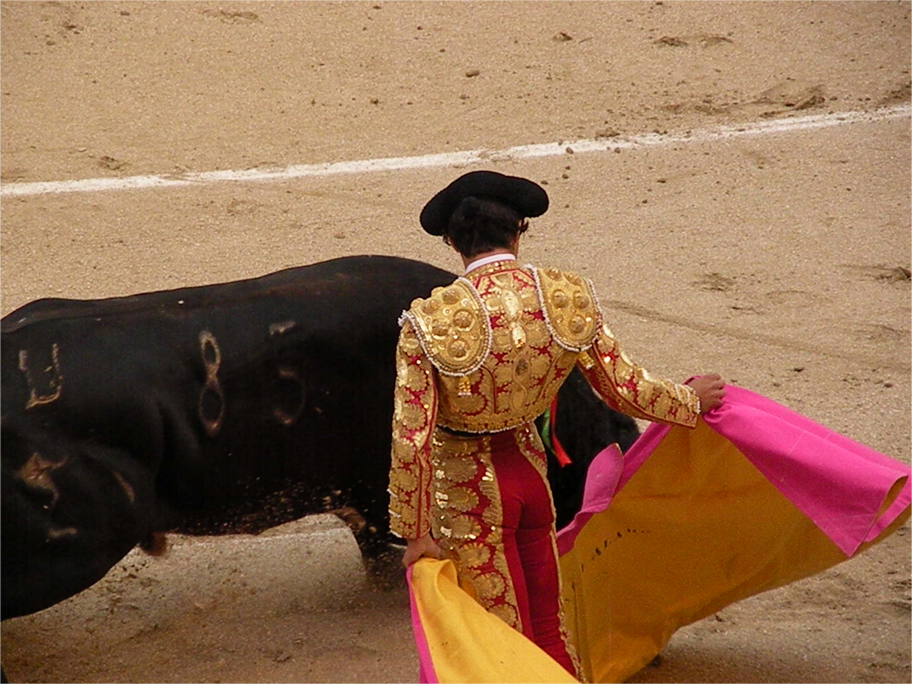 At first I did not expect to be drawn in, but then I saw something extraordinary in the interaction between man and bull. At times it resembled a dance, effortless as it swept across the arena. One torero in particular, a Víctor Barrio who was exactly my age, had the crowd holding its breath. On two occasions he suddenly dropped to his knees, deflecting the charging bull with a deft swing of the cape. It was exhilarating to watch.

However I could not ignore the unadulterated violence that was soon to follow. We watched in horror as blindfolded horses, unaware of the danger they were in, received repeated blows from the bull, itself angered by the spears of the picadores (lancers) on the saddle. As the spectacle went on the patch of blood on the bull’s back grew only in size, until he finally sat down, dying, on the sand. I saw fear and sadness in those eyes, a tortured pain in those laboured breaths. How could something so beautiful coexist with something so cruel? 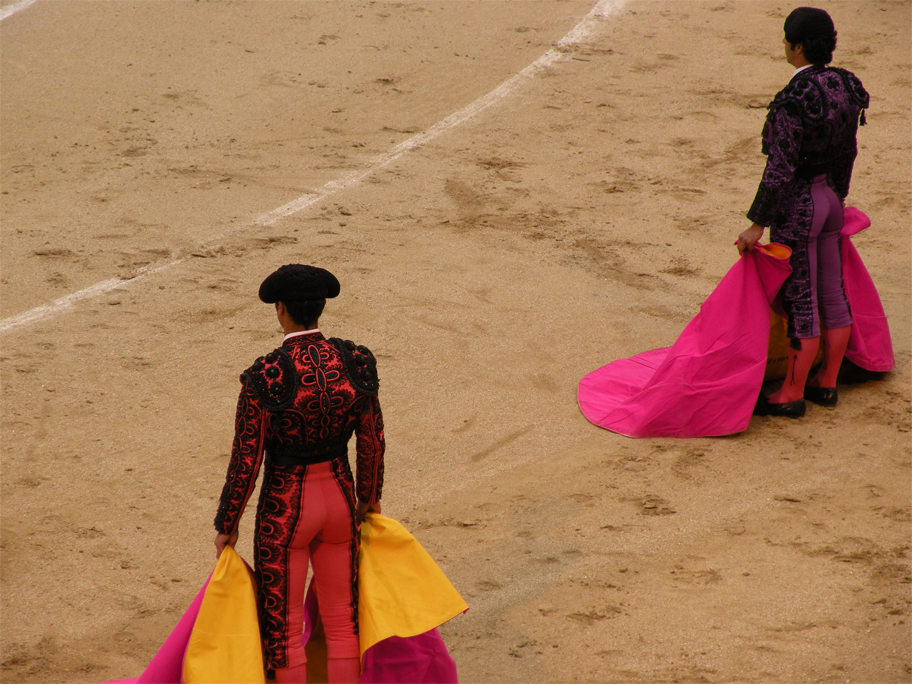 It seems like the ultimate paradox, but while the bull is baited and killed in the ring, he is also deeply revered as a valiant participant and a powerful cultural symbol. Specially bred for their ferocity and aggressiveness, these fighting bulls – called toros bravos – are the reminders of a long-held relationship forged in ancient times. Pre-Roman sculptures all across Spain point to a form of bull worship, and the modern-day Osborne bulls standing along Spanish roads are the de facto emblem of the country.

But what place does bullfighting have in the 21st-century world? It’s a question that many Spaniards are asking themselves, including my friend Elena. The day after the bullfight, we are strolling through La Latina as I describe my ambivalence about what I have just seen. She turns her head and sighs, before offering a compromise that is wonderfully simple. “If there was no killing… then that would be perfect.”