It feels uniquely satisfying, escaping the suburbs and slipping anonymously into the Toronto subway. Three dollar tokens, worn red seats and newspapers strewn on the floor, the trains are a time capsule from the seventies.

I am meeting up with my cousin Christina, a born and bred Torontonian and my guide for the afternoon. At Bathurst station the cold becomes apparent as I step outside, waiting by the throng of bicycles underneath its concrete canopy. Our rendezvous is the Annex, a hip, bohemian neighbourhood peppered with vivid murals and second-hand bookshops.

When Christina arrives ten minutes later we set off to Insomnia, where Sunday brunch takes the form of eggs benedict, avocado sauce and a side of sweet, perfectly roasted home fries. Far removed from the autumn chill, I warm up with a hot cocktail of brandy and coffee liquor. My late grandfather would have been proud.

“Toronto is spread out,” Christina tells me, “but it’s actually walkable if you try.” An hour later we have turned off the north side of Bloor onto a leafy residential street. This is the other face of the Annex, a haven of stately houses in red brick, sporting corner turrets, wooden balconies and porches that would prove inviting on a lazy summer afternoon. Our destination is the Casa Loma, a romantic fantasy that triggered my imagination as a childhood visitor.

Once the largest private residence in Canada, the luxurious mansion was commissioned in the early 20th century by Sir Henry Mill Pellatt, a financial magnate, pioneering industrialist and prominent military man. Pellatt would only enjoy his comforts for less than ten years, before being forced to abandon his beloved casa after going bankrupt. 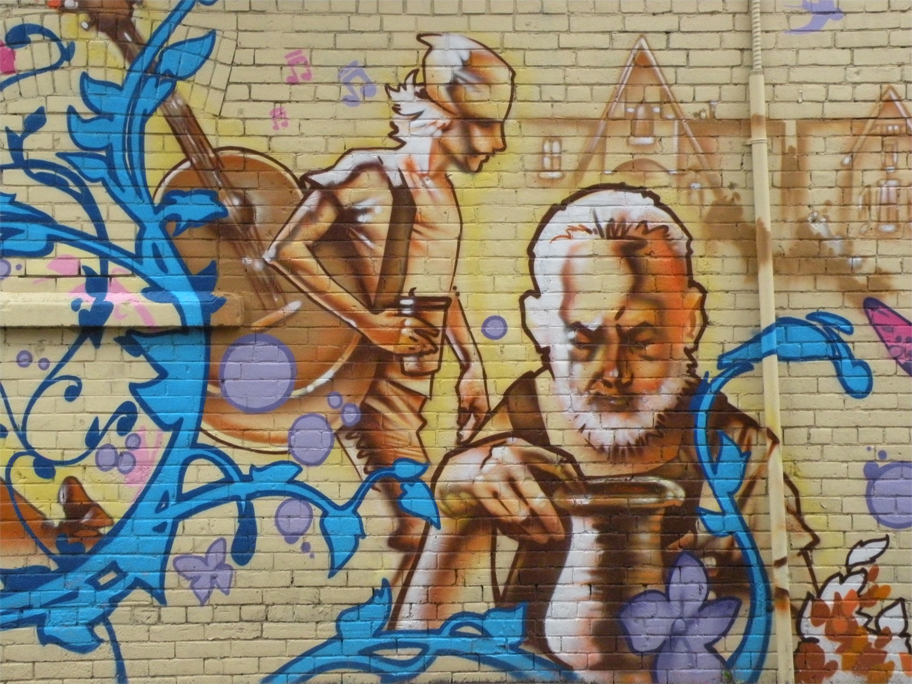 Mural in The Annex 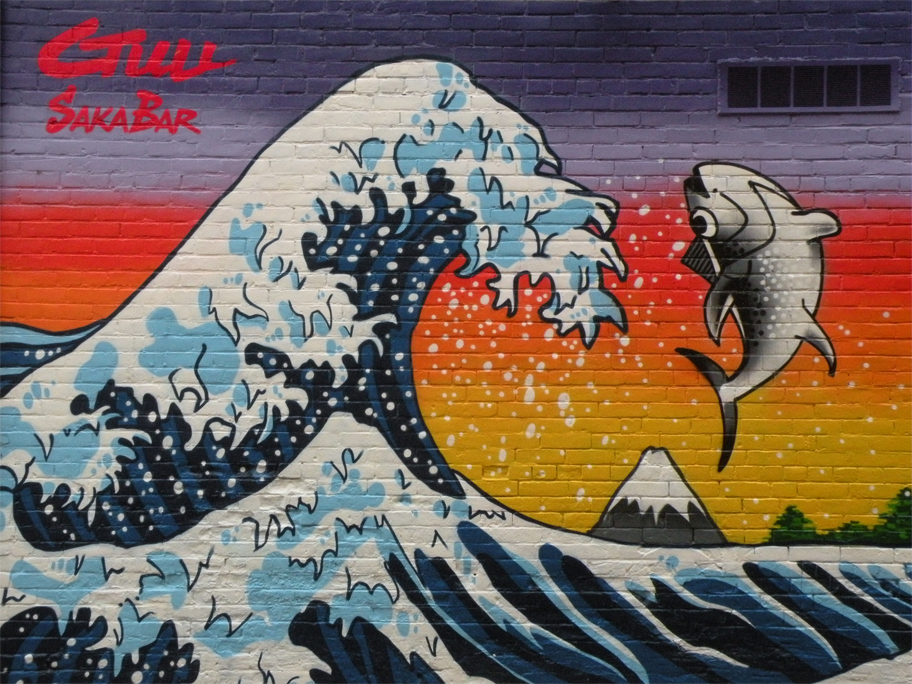 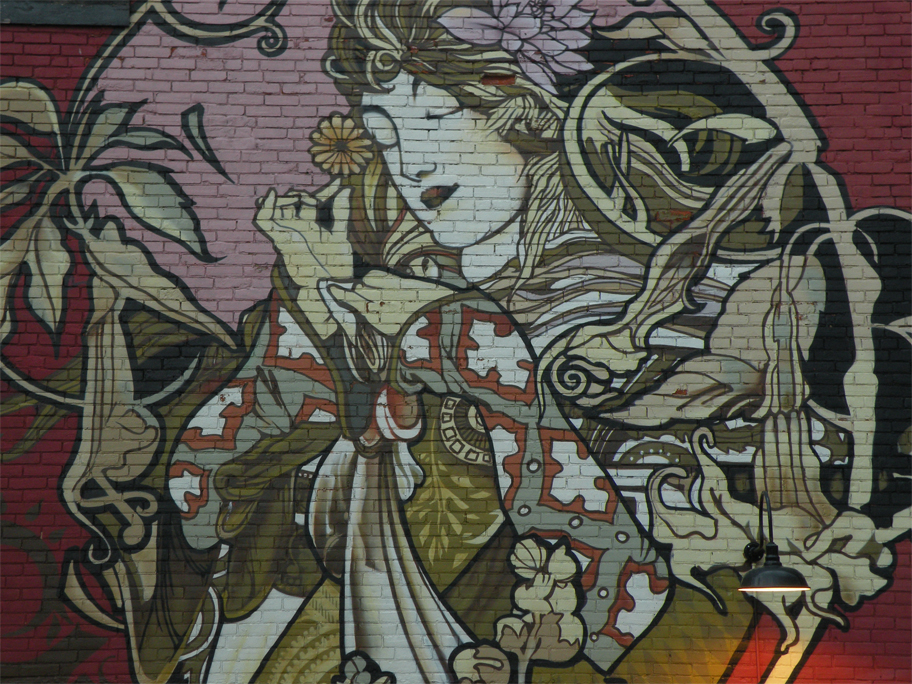 Being on the tourist trail, the entrance fee to the Casa is rather steep ($20.55 including tax), but that is not enough to deter us from revisiting some of our forgotten memories. “Do you remember the inside?” I ask Christina. She shakes her head. “I live here, but it’s not something you’d visit as a Torontonian.”

At first it is slightly lost on us amid all the eager camera flashes. But suddenly it dawns on me that Casa Loma is a house straight out of Cluedo, fitted with corresponding room names and a pair of secret stairways running between the main floors. Inside the conservatory I crane my neck at the domed stained-glass ceiling, dripping with images of the hanging grapes and vines I’d seen at Niagara.

Pellatt’s “house on a hill” 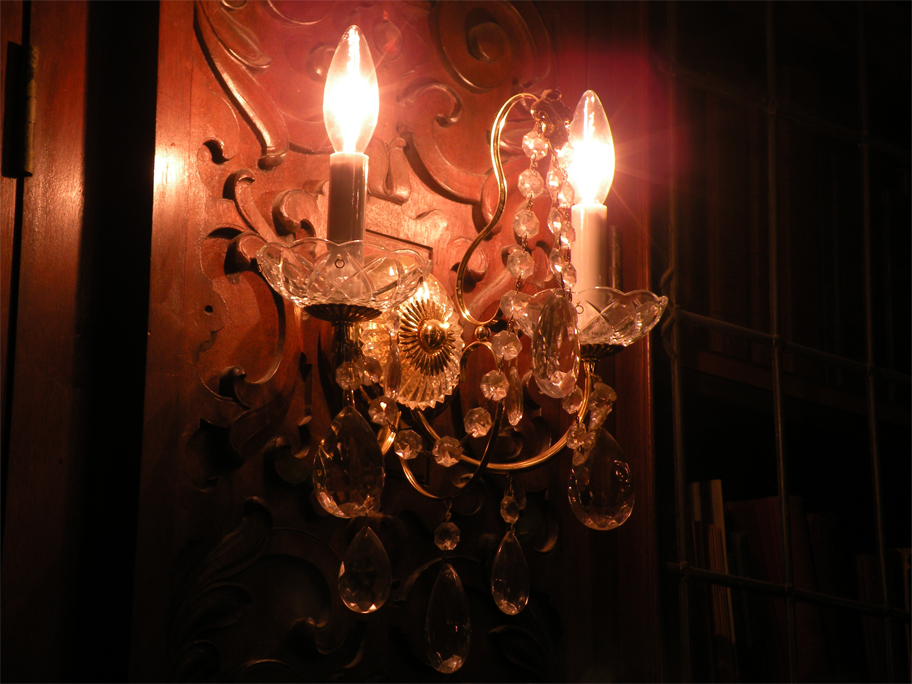 Sneaking up to the upper level, we gape at the size of Lady Pellatt’s suite, and stare longer still at the marble-clad bathroom, appointed with luxurious curtains and a spacious brass rain shower. But it’s not until we spot a pair of staircases to the attic that the house takes on the full persona of a murder mystery mansion. Below the rafters we duck our heads, walking between the sturdy support beams until the next set of stairs leading up the Scottish Tower.

By now there are only a small handful of other visitors who have made the climb. At the top I trace my fingers along the bare brick walls, peering out the square windows at the downtown skyline. There are new condos being built, but Christina tells me that most of them remain empty. “You’ll see it at night – none of the lights will be on.” 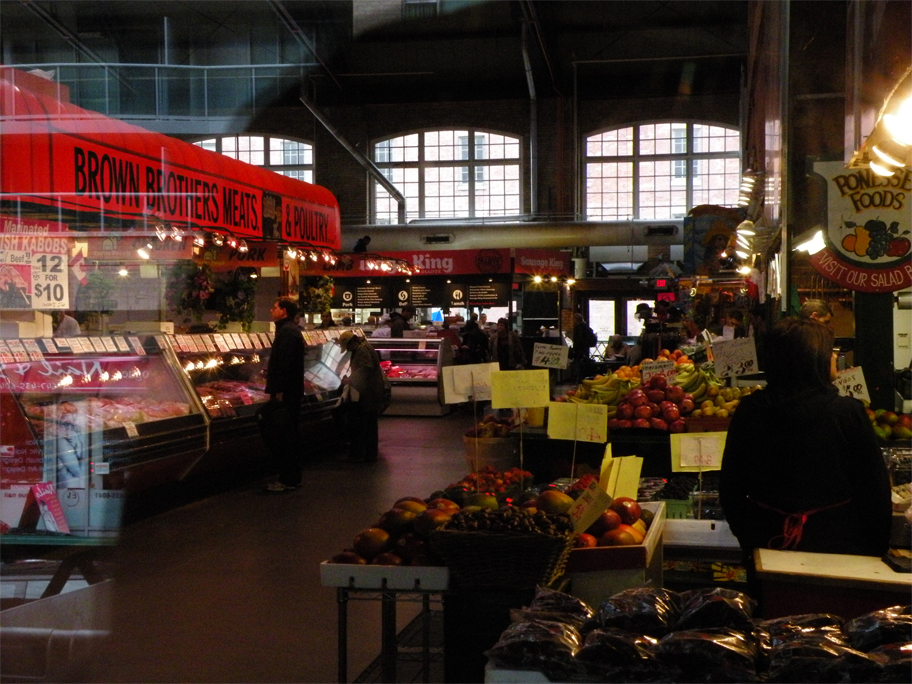 Inside out, St. Lawrence Market 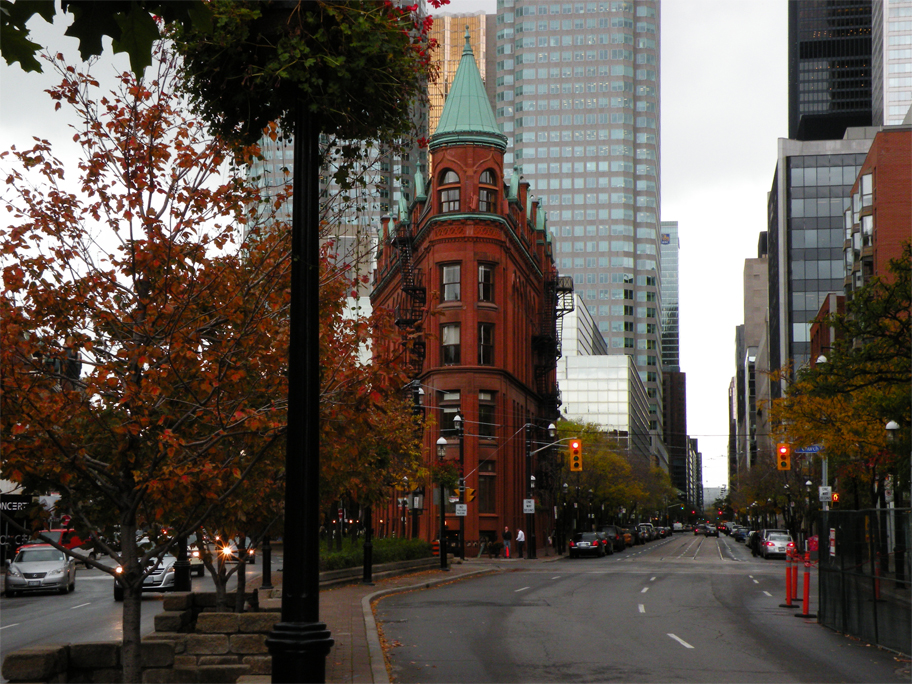 The big banks on Bay Street

Leaving the wonders of Casa Loma behind, we saunter down Spadina Avenue, passing the main campus of the University of Toronto and the grim-faced exterior of a former military hospital. It sits marooned in the middle of a traffic island, a solitary spire pointing menacingly into the overcast skies.

At Kensington Market we soak up a little more Toronto edginess. Although the streets are not as lively as we’d hoped, I am content to wander in the absence of the bargain-hunting crowds. Five dollars gets us four Mexican churros filled with chocolate sauce, and we polish them off outside a coffee shop. Christina swings the door open and gives me a wide grin. “This,” she pauses, “is my favourite.”

Moonbean Coffee Company is the sort of place where students come to study, the music is eclectic, and regulars buy micro-roasted beans that come in an astonishing range of flavours. They carry names like Midnight Darkness, Forest Whisper and Tiramisu. I come close to ordering a thick slice of chocolate cake, before reminding myself that a Cantonese dinner awaits in the suburbs. Instead I settle for a caramel latte by the window, sipping it slowly as night falls on another Toronto weekend.

Over the next few days I am constantly drawn back downtown. I spend my final leg of the trip perusing the stalls at St. Lawrence Market, being swept up in the evening commute outside Union Station, and marvelling at Daniel Libeskind’s extension to the ROM (Royal Ontario Museum). After countless trips to the city I finally manage to hop on the streetcar, observing life on the pavement as it whizzes past the lights of Chinatown. Toronto, I realise, is far more interesting than I once thought.