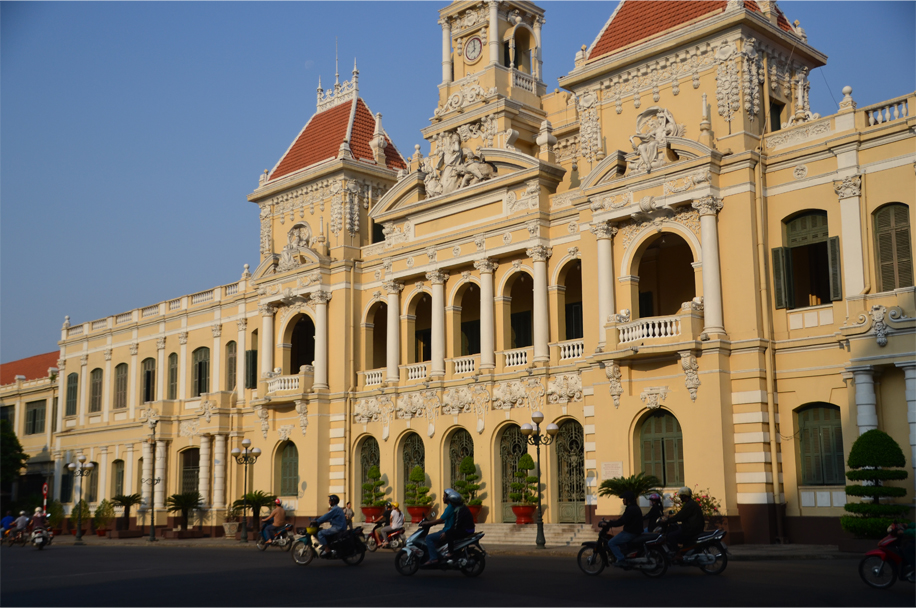 Saigon is a pleasant enough place to idle in for a few days… It is very agreeable to sit under the awning on the terrace of the Hotel Continental, an electric fan just above your head, and with an innocent drink before you to read in the local paper heated controversies upon the affairs of the Colony and the faits divers of the neighbourhood.

Alain repeats my question, answering without so much as a second thought. “French influence? There’s very little in Vietnam.” Sitting in the Lý Club Saigon, a modern Vietnamese restaurant housed in a refurbished colonial villa, it seems strangely ironic. Here the menu is stocked with a variety of beautifully made dishes, all with a touch of French flair.

But Alain, a resident businessman who has lived in Saigon for the past 11 years, is speaking of a deeper cultural level. There was once a time when French was the official language of government, used extensively by the elite and educated at both ends of the country. Now, 68 years after independence, its influence is waning. “There are more speakers in the older generation, past the age of 70. Now, the younger Vietnamese prefer to learn English.”

And what of the French loanwords to the Vietnamese language? Alain remarks that the borrowed vocabulary is limited, citing the two examples of ga, the term for railway station, and cà phê, a clear contender for the nation’s most well-loved drink. On my second day in Saigon I am swiftly introduced to cà phê sữa nóng – a strong, fragrant cup of Vietnamese coffee, capped with a frothy crown and concealing a layer of sweet, condensed milk at its bottom.

In recent years Vietnam has emerged as one of the world’s top producers of green coffee, ranking second only to Brazil. But its strong coffee culture is not the only reminder of the European impact on the local culinary scene. As in Cambodia and Laos, the French brought bánh mì, the single serving baguette that is widely consumed up and down the country.

Perhaps most tangible of all however, are the examples of architecture that the colonists left behind. The street pattern of downtown Saigon, District 1, bears the hallmarks of French urban planning, with wide tree-lined boulevards leading down to elegant civic structures.

At the heart of District 1, even the newest buildings seem respectful of these monuments, mimicking them in both style and scale. Right across from the City Hall, Vincom Center 2 is an upscale shopping mall whose bright exterior is awash with pilasters, French windows and motifs reminiscent of Art Nouveau. Less than 100 metres away, the Park Hyatt has also been styled in a mock colonial manner. It shares one block with a landmark that has occupied the same corner since 1880. Recently renovated, the Hotel Continental of Maugham’s time still stands, its gracious white balconies facing the repainted walls of the Opera House. 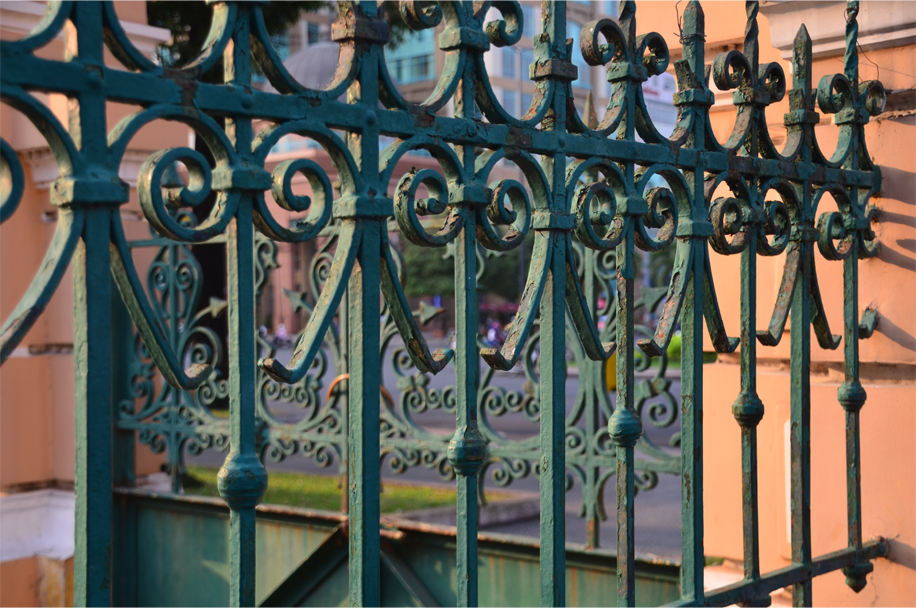 An old map of Saigon, painted on the wall of the Central Post Office 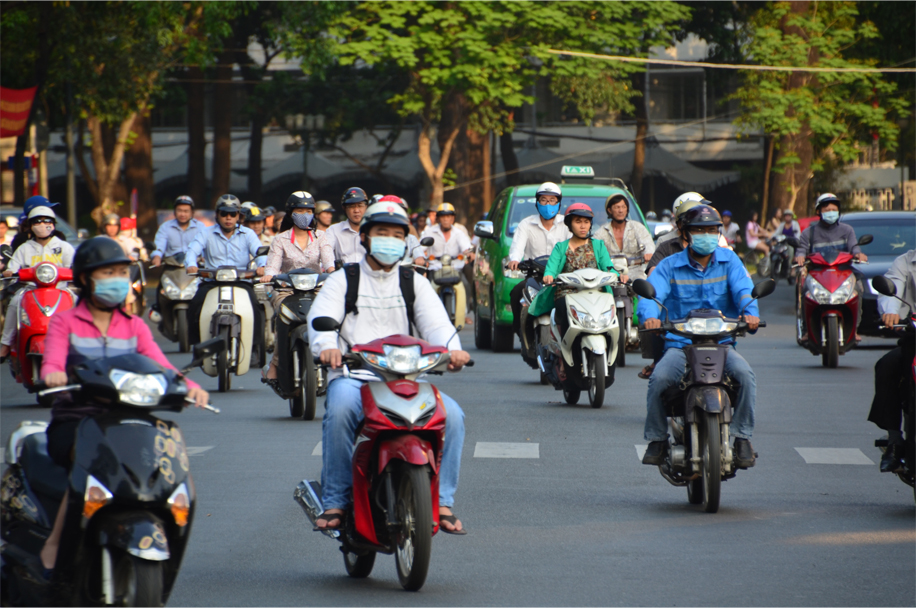 A legacy in pastel

Saigon City Hall, modelled after the one in Paris