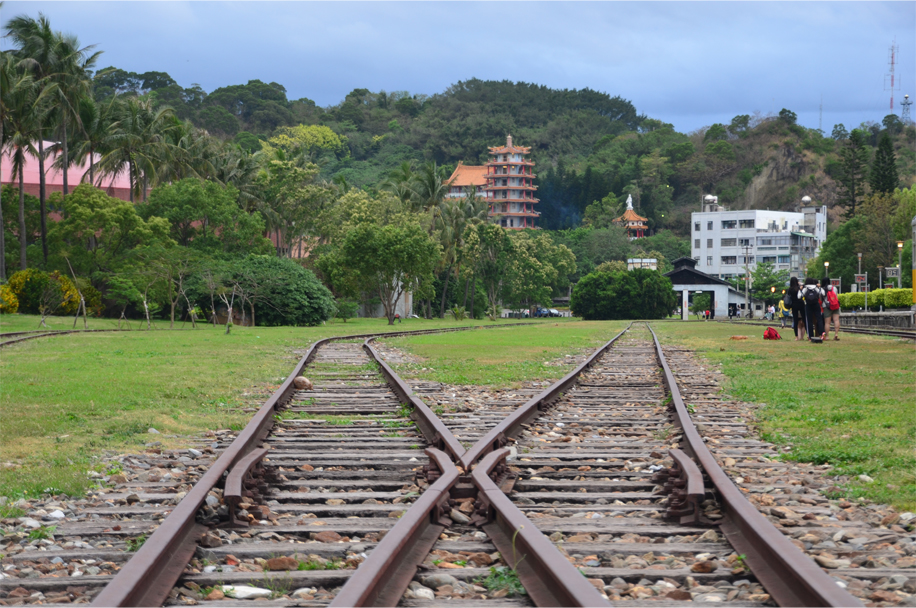 “Get on, get on!” The stern-faced ticket inspector growled at us with no small hint of annoyance. Three minutes before departure, we had suddenly realised the worn, rusting train waiting at the far end of the platform – with no label above the conductor’s cabin – was the Tze-Chiang Express.

Tze-Chiang, literally “striving to become stronger”, was perhaps an apt name for our weathered vehicle. The metal beast was clearly a veteran from earlier days, but it travelled at surprising speed and the simple, no-nonsense plywood panels on the inside were oddly comforting.

For almost an hour we alternated between long stretches of tunnel, lush valleys sprouting with weed-like apartment blocks in bathroom tile, and still narrower gorges carved out by stony, fast-flowing rivers. Multiple Mazu temples, dedicated to the goddess of the sea, graced the scene, their ornate roofs an explosion of colour on a rain-tempered sheet of orange. One stood with a slow, electronic ticker prominently displayed below its upturned eaves, facing a cluster of black-stained houses roofed in corrugated iron. On either side of the valley, banks of mist were rolling low between the folds of each hill.

I waited in anticipation of the open ocean, that first sight of the Pacific from the rugged east coast. Soon the landscape gradually flattened into undulating hills and fields until we hit the darkness of another tunnel. At the other end was the wild Pacific, filling the wide Perspex window and beyond it, the endless horizon. Steely grey under overcast skies, its waves crashed against the four-legged tetrapods lining a sturdy breakwater. Far off in the distance the jagged profile of Guishan Island, “turtle mountain”, beckoned like a vision of Bali Ha’i.

The train then pulsed through the plains of Yilan, between glimmering rice paddies and two- or three-storey houses, this time sporting far less bathroom tiles. Eventually a simple trolley was wheeled through the carriage, its lower tray piled high with snacks and biscuits, while the top saw wisps of steam emanating from the confines of a super-sized plastic bag. The attendant was perhaps in his late thirties or early forties, softly-spoken and with an air that befitted a children’s storyteller.

For 120 Taiwanese dollars we were handed disposable chopsticks and two paper boxes fastened with rubber bands, both invitingly warm to touch. Prising open the lid revealed a fragrant lunch of tender pork chop, preserved vegetables, marinated tofu and egg on a bed of fluffy white rice.

Midway through our meal we glimpsed more revelations of the ocean, full of dancing whitecaps beyond a curving stretch of rocky black sand. Out there I imagined the powerful, steady movement of the Kuroshio Current, a conveyor belt carrying warm tropical water from Taiwan up to the coast of Honshu. A woman two rows behind us observed the traces of deep blue in the water – splashes of lapis lazuli amid the sullen grey. “Hao piao liang!” she crooned. How beautiful!

One station from Hualien, where most of our fellow travellers would disembark, the sound of an indigenous language came over the intercom, taking its place behind Mandarin, Taiwanese (Hokkien), Hakka and English. “Kita serikaka mengapai tuku… Xincheng zhan.” Its rhythm and sound were reminiscent of Tagalog, but Bama was quick to point out the similarities to Indonesian. “Kita, that means ‘we’, and mengapai is ‘to reach’… we use those same words in Bahasa!”

Soon the overhead racks emptied of backpacks and small suitcases, and eager passengers crowded the exits up and down the train. For about ten minutes the Tze-Chiang sat motionless in the station, the unexpected silence broken only by a soft, muffled rumbling beneath our seats. The rest of the journey was a blur: neat rows of betel nut palms, dry, expansive river beds emerging from mist-shrouded canyons, and increasingly tropical foliage as we sped down the eastern rift valley. I drifted in and out of consciousness, occasionally waking to those mysterious words that would soon become lodged in our minds: “Kita serikaka mengapai tuku…” Its melodic tones spoke of a very different side of Taiwan – and one that we were about to experience in the coming days. 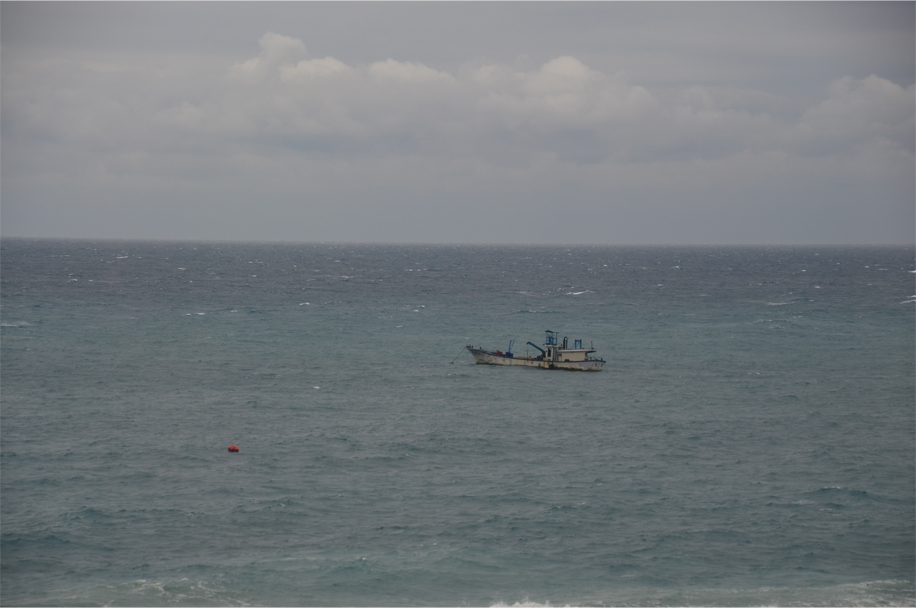 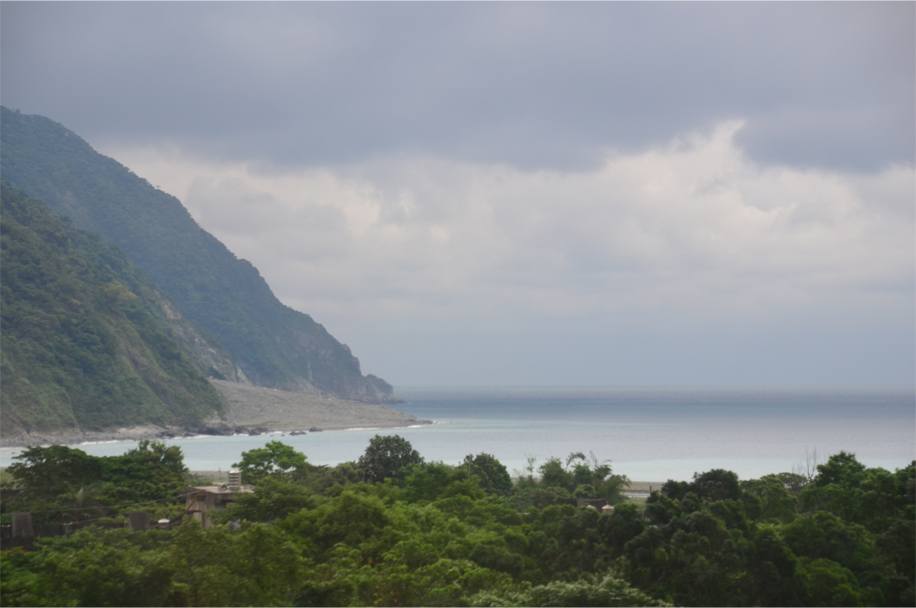 Rainclouds over the Pacific 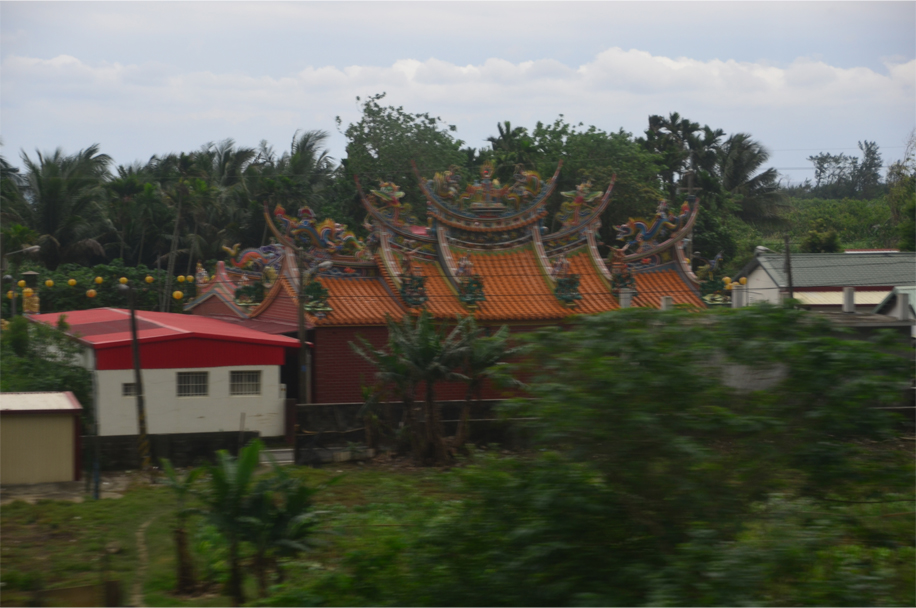 One of many Mazu temples 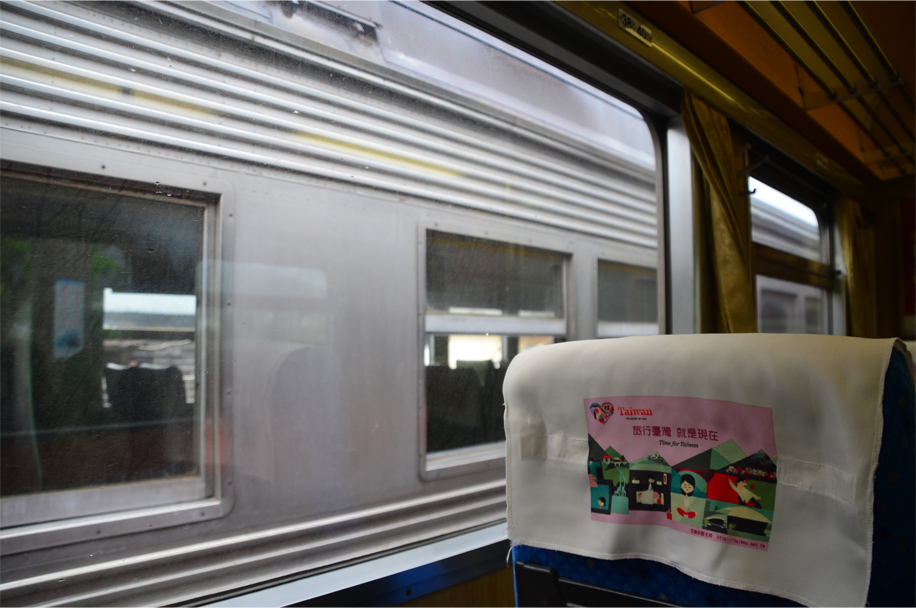 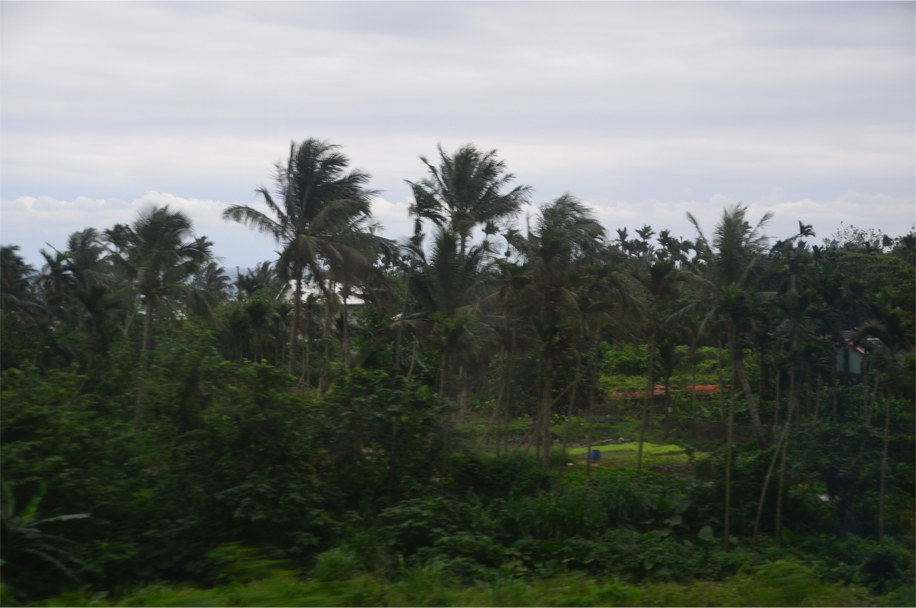 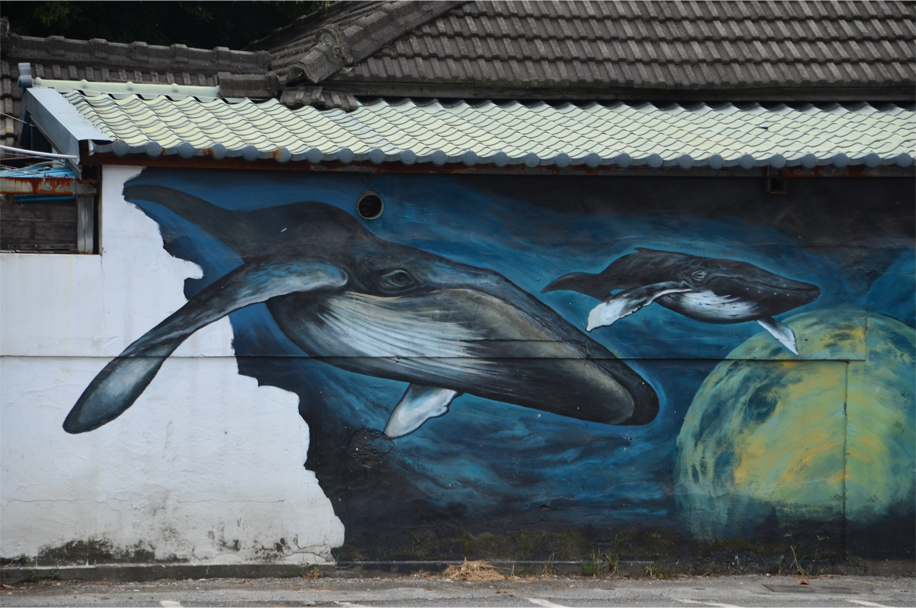 Giants of the deep 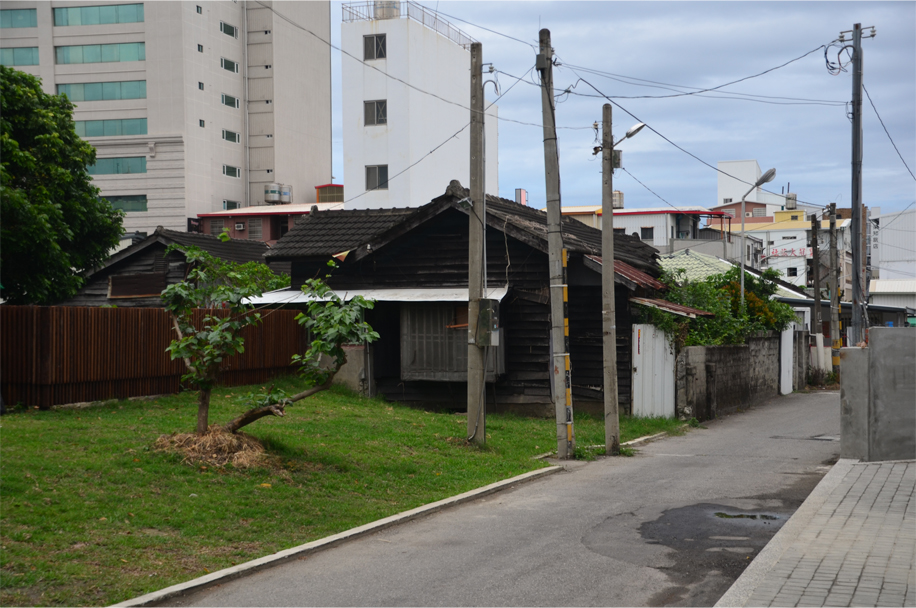 A colonial Japanese-era house in Taitung 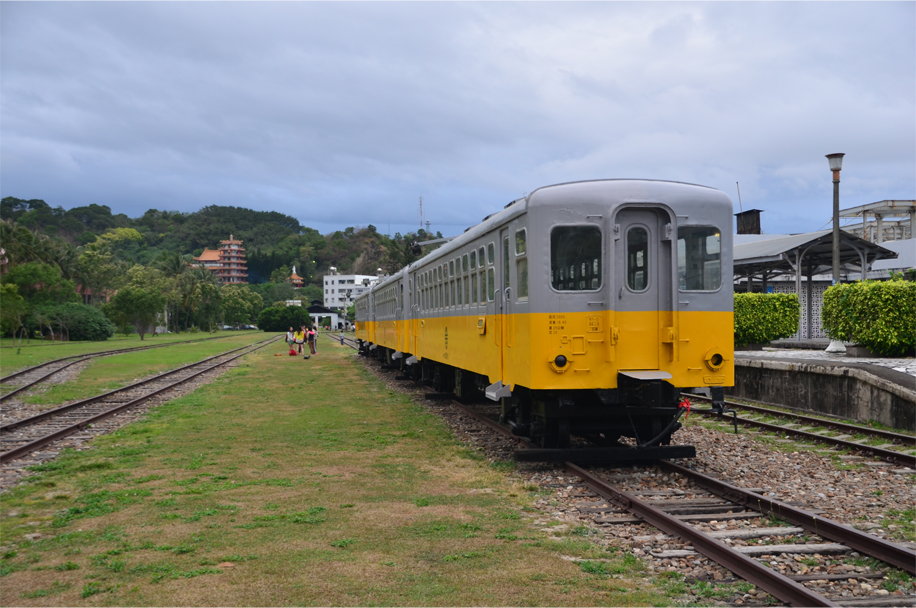