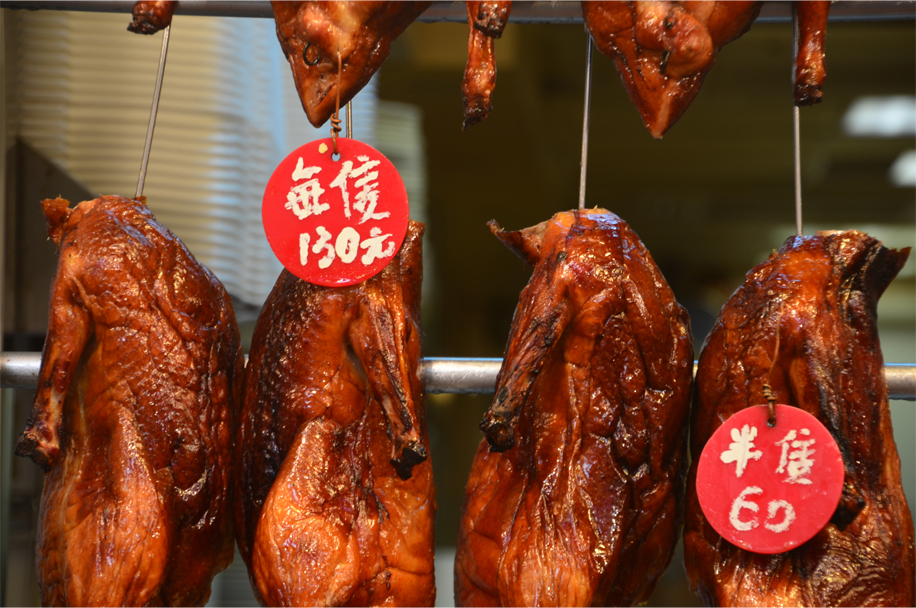 Right in the centre of Hong Kong Island’s north shore, Wan Chai may be better known as the setting for the film and novel ‘The World of Suzie Wong’, its raucous nightlife a legacy of visiting servicemen during the Korean and Vietnam Wars. But beyond the tram tracks on Johnston Road lies the original neighbourhood, home to a thriving residential community that was established long before the girlie bars and nightclubs first made an appearance.

Here, just like on the slopes above Central, stand a maze of wet and dry markets, resilient even as urban redevelopment threatens to encroach on two sides. It’s this colourful, chaotic mess that I walk through every Friday en route to the gym, beneath decaying tenements standing cheek-by-jowl with cookie-cutter apartment blocks, the newest ones clad in bathroom tiles and pockmarked with windows in aquarium green.

The noisiest part of the market is tucked down a side street, busy with afternoon shoppers hunting for fresh produce. I hear the stern voice of a labourer, doggedly pushing his empty metal cart through the crowds. “Look out! Look out!” he bellows. The air is thick with the smell of raw fish, dried seafood, and the pungent odor of durian.

On both sides, Styrofoam crates have been loaded with squid, scallop, shrimp and small fish, alongside bubbling tanks for the larger catches, ensuring that they remain alive up until the very moment a buyer snaps them up. I pass piles of leafy vegetables and boxes bursting with the vivid colours of tropical fruit: rambutan, lychee, dragonfruit and mangosteen. Further on, the crispy, glistening skins of several ducks, roasted whole, beckon in the open front of a specialist store.

Recent years have seen sizeable swathes of Wan Chai bulldozed and carelessly redeveloped. The 1930s market building – perhaps Hong Kong’s best example of Streamline Moderne – has now been consigned to the podium of a luxury high-rise. Nearby, the entirety of ‘Wedding Card Street’ was wiped off the map, taking out a community of small, family-run printing businesses. The outcry over its loss, along with the old Star Ferry Pier, finally catapulted the issue of heritage into the public consciousness. Today the authorities have taken a far more sensitive stance, renovating the area’s few remaining shophouses and converting them into restaurants and art studios. The street markets, arguably Wan Chai’s very heart and soul, are also here to stay. 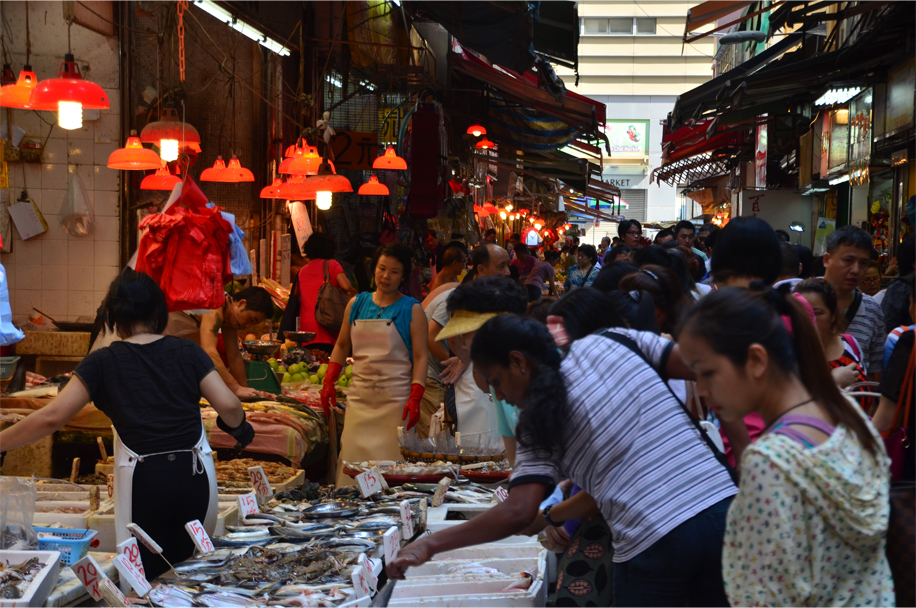 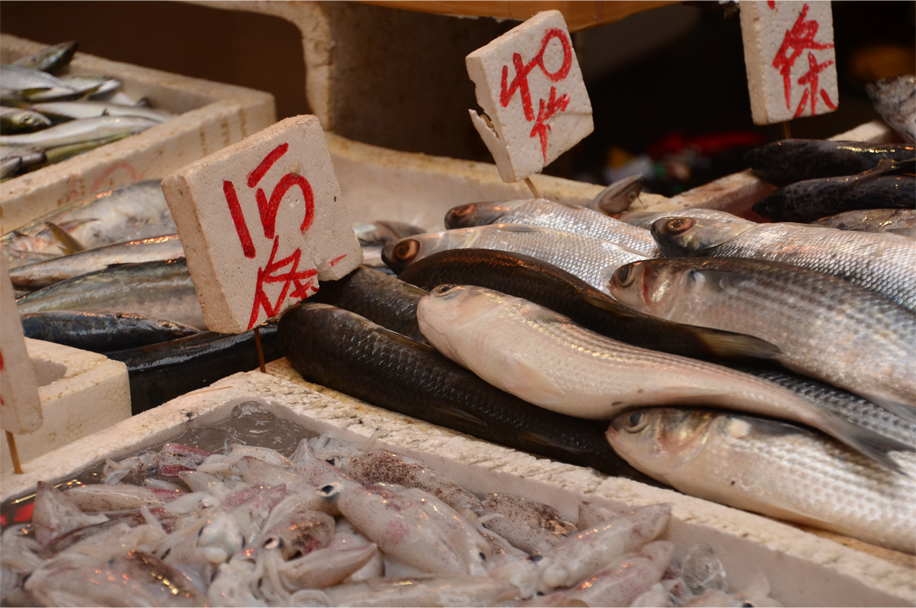 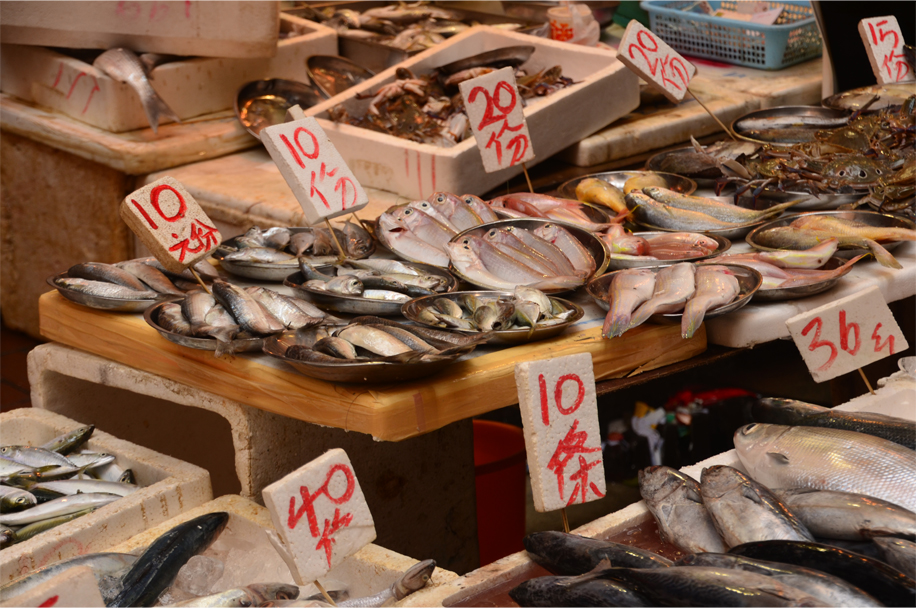 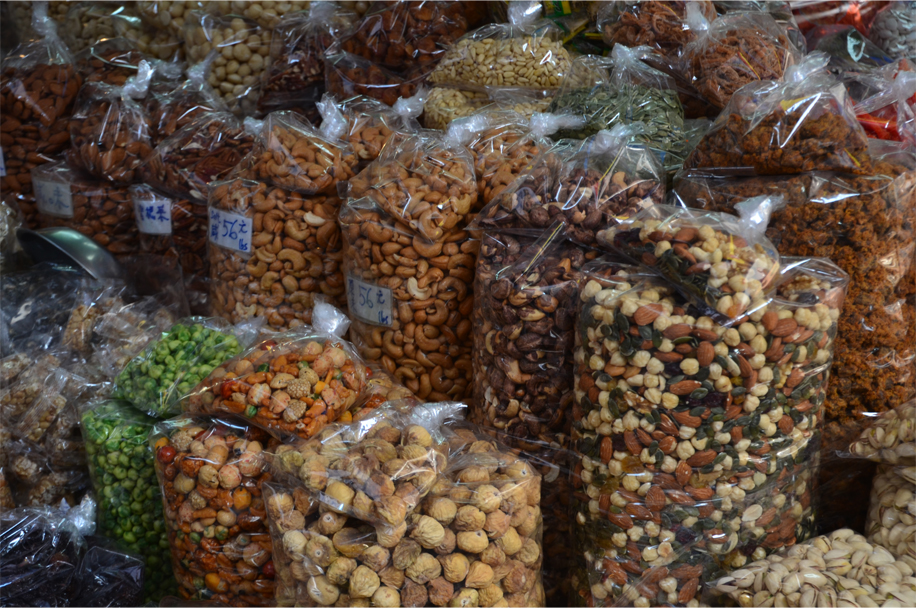 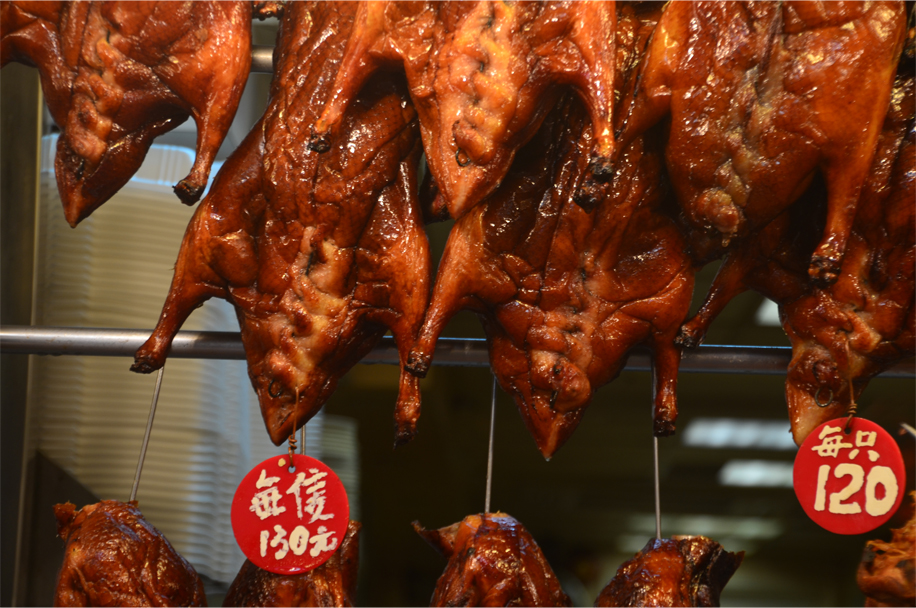 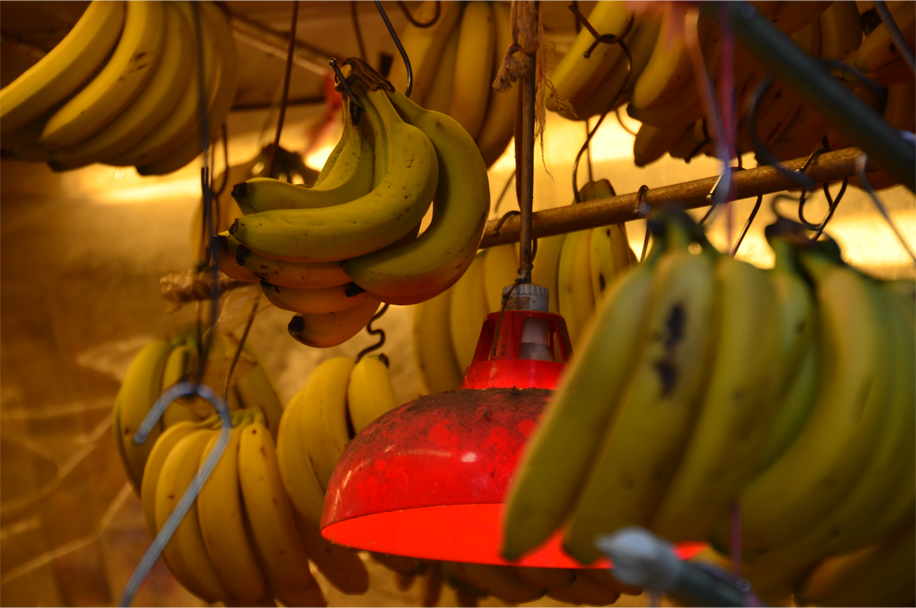 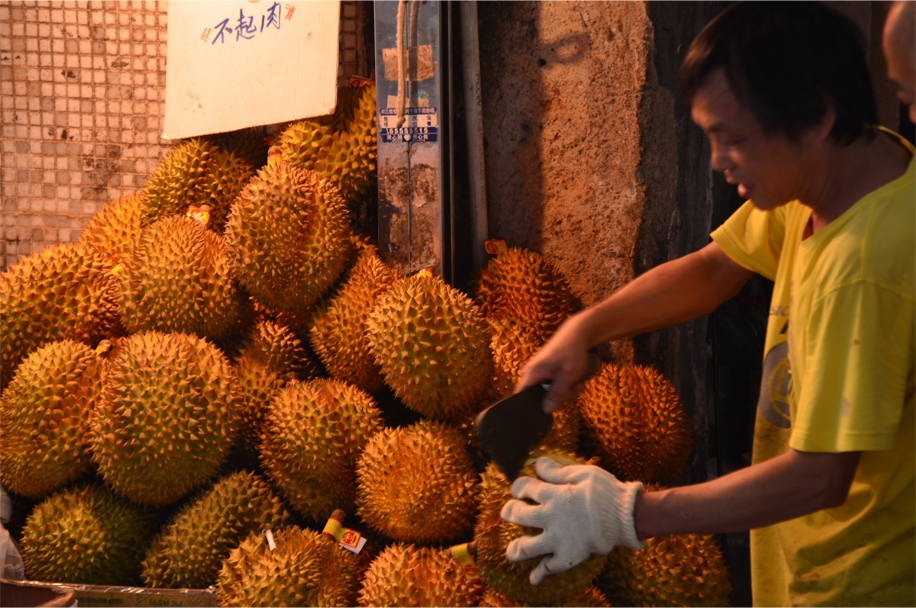 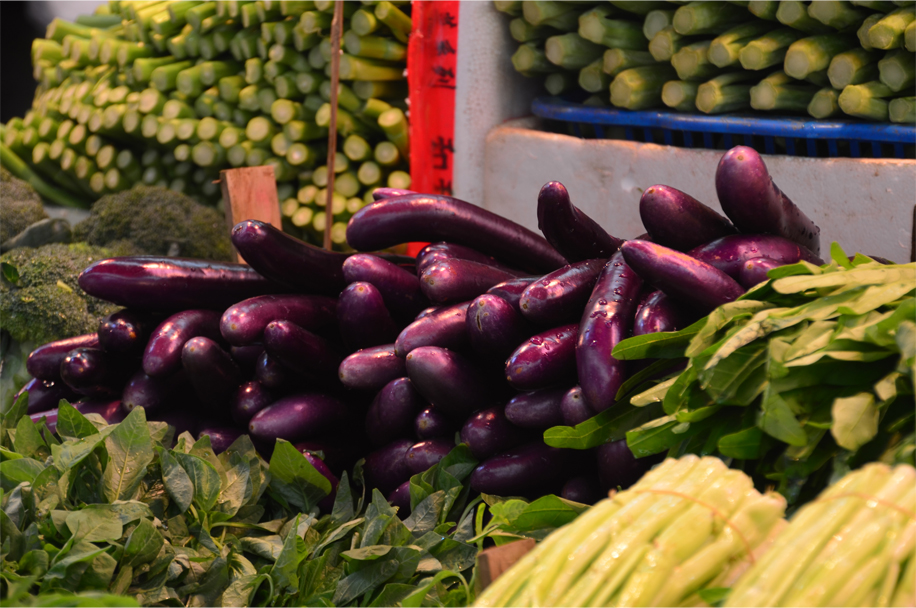 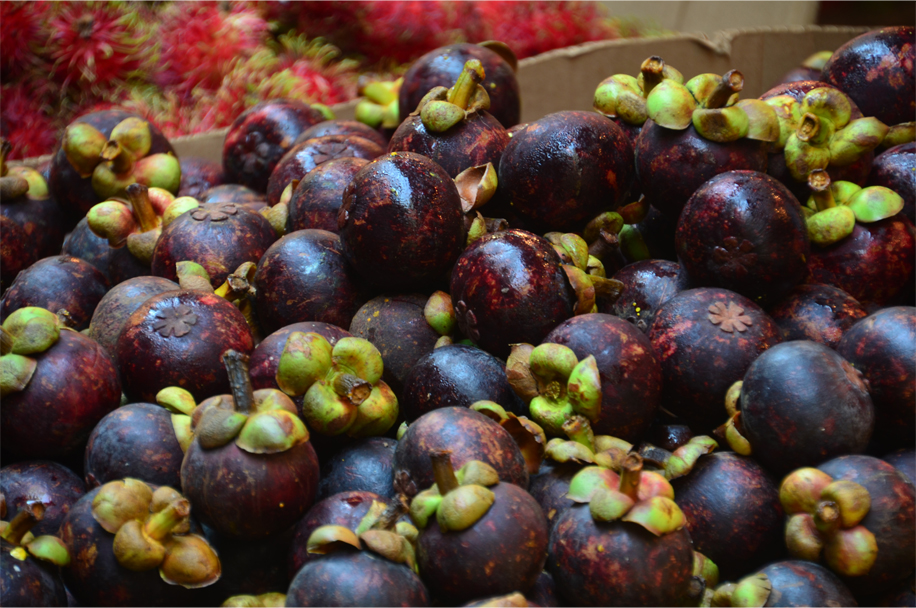 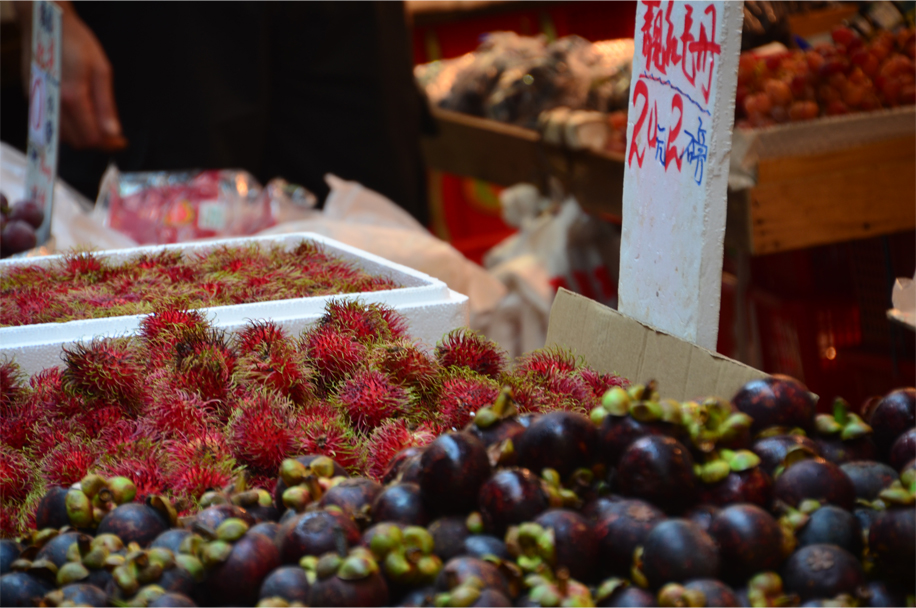 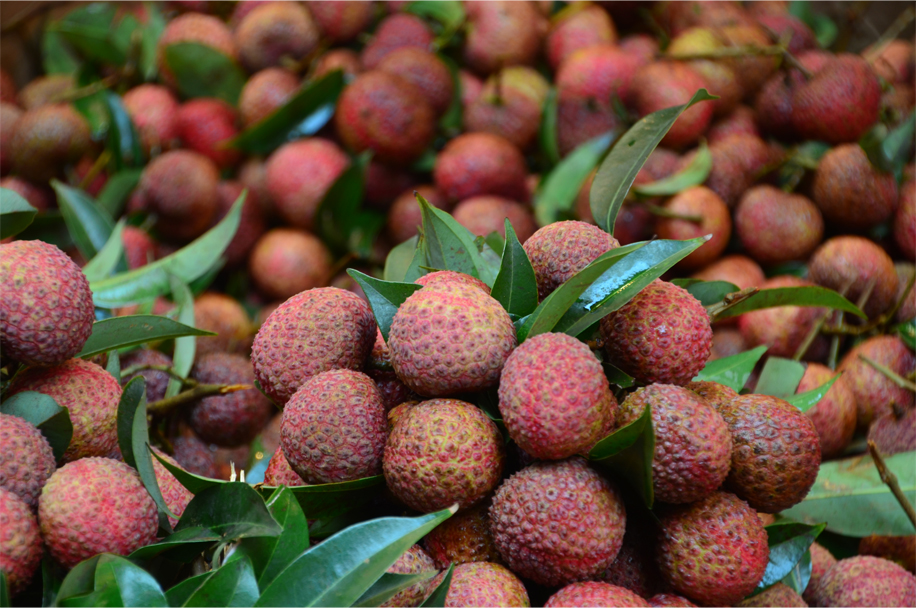 Lychee season in ‘The Big Lychee’