Alone, I wandered into a quiet cobbled square, concealed from the Danube by a medieval stone gateway. The soothing, melodic notes of a piano, perhaps a music lesson, drifted in from an adjoining townhouse, lulling me into a dreamlike state. But the reverie was short-lived. Over my shoulder, I heard a sudden, booming yell from a man I could not see. “Haaaaaalt!”

Seconds later a blur of white and grey brushed past, no more than a centimetre away from a collision. He shouted into the distance as passersby looked on in bemusement, and I couldn’t help but shrug at the comical banality of the scene. I had nearly been hit by a raging old man on a bicycle.

Devoid of most vehicular traffic, the Fischerviertel, or “Fishermen’s Quarter”, is a gorgeous area for an afternoon stroll. Two babbling streams wind through the district, turning a sizeable water wheel while coursing past a beguiling combination of drooping willows and half-timbered houses. The most famous of these is the “Schiefes Haus” whose oldest portions date from 1406; it’s also the current record-holder for the “world’s most crooked hotel”.

I found that Ulm was unexpectedly beautiful; parts of the city centre were a comfortable coexistence of older structures and contemporary civic buildings. Close to the Münster, Ulm’s monumental Gothic church, stood the gleaming Stadthaus, bearing all the trademarks of Richard Meier: clean lines and circular, minimalist forms in white. On the old market square, the glass pyramid of the public library made a dramatic counterpoint to the 16th-century murals adorning the town hall, which was painstakingly rebuilt after severe damage in World War II.

Of course, I couldn’t leave the city without trying one of its savoury treats stacked behind a shop window. After the brisk climb up and down the Münster’s steeple, I settled on the regional specialty of Schwäbischer Maultaschen: giant, folded dumplings stuffed with copious amounts of meat.

A half-timbered house, now a restaurant, dating from 1358 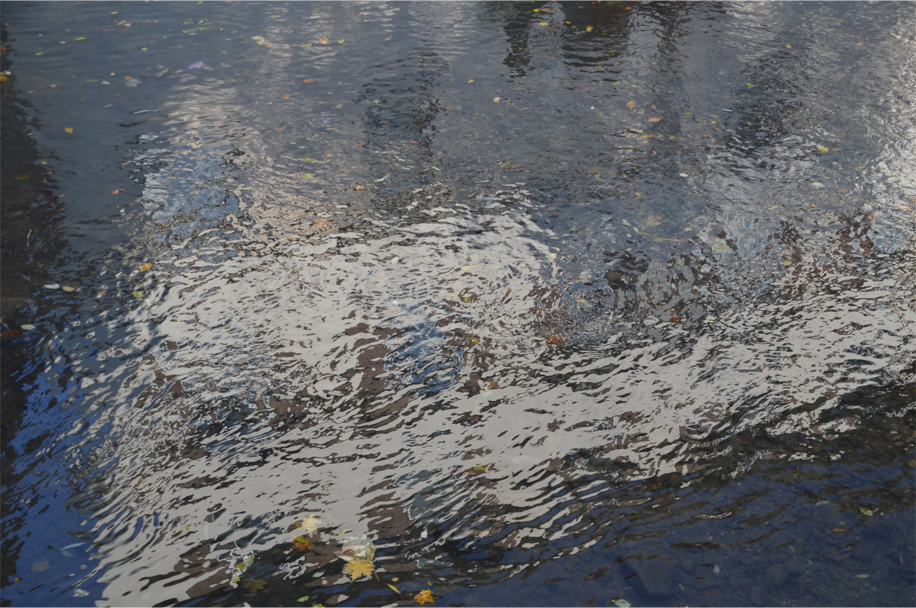 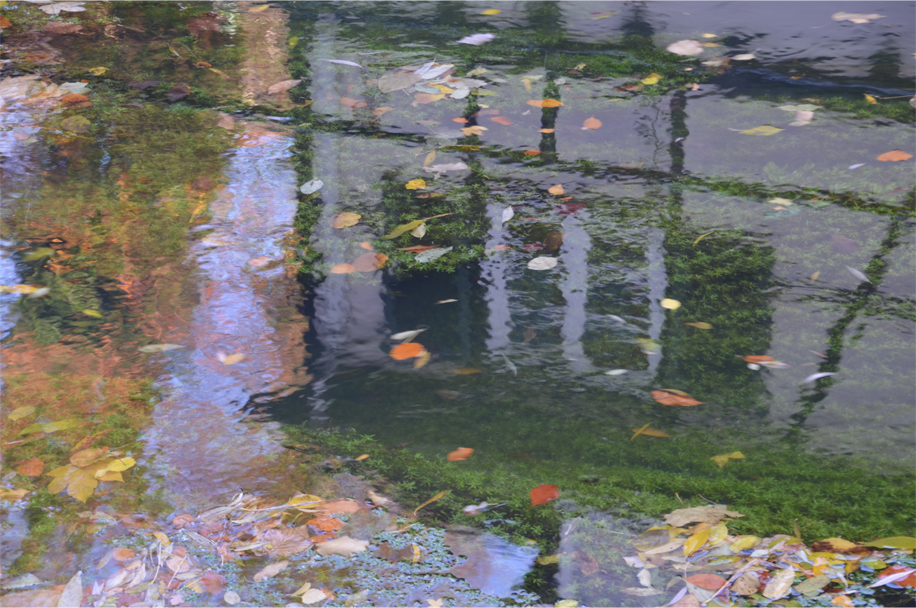 A mirror on the verdant stream bed 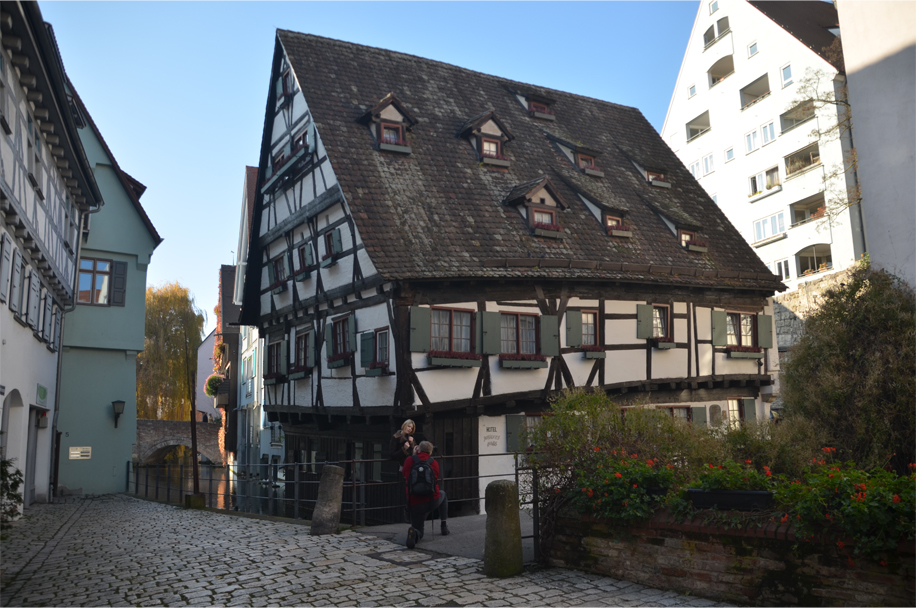 Shiefes Haus – the “most crooked hotel in the world”

Sparrows – a nickname for the city’s residents 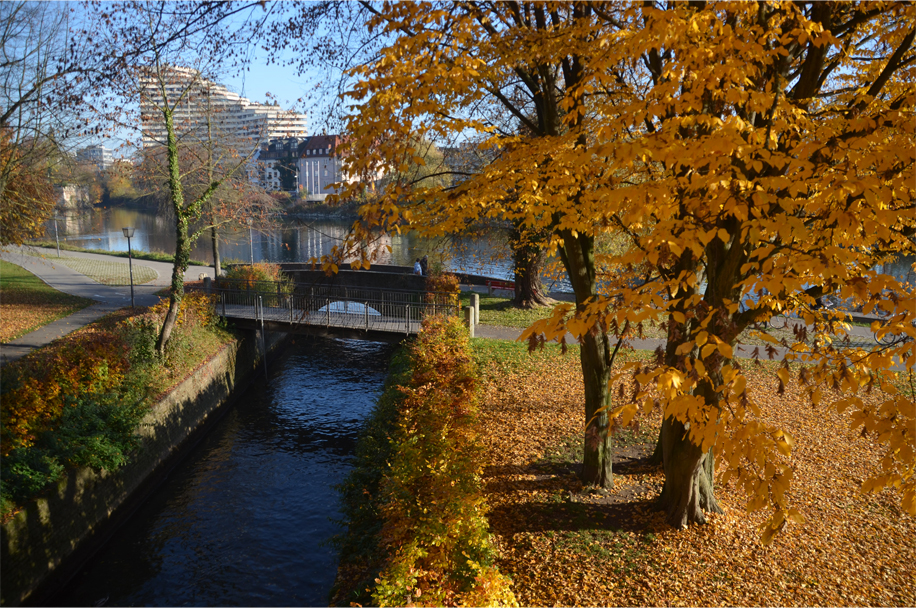 Autumn by the Danube

Tags: Germany, Travel, Ulm
From: Germany
← One day in Mannheim
Ulmer Münster: the stairway to heaven →
25 Comments Post a comment