Fasting for Ramadan, or “puasa” 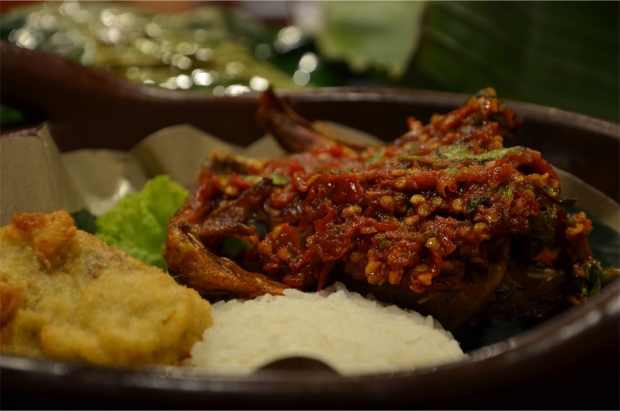 Just before 5:30pm, we find ourselves in the middle of a restaurant packed with patrons. At the next table, more than 15 university students load up on white rice and a rich assortment of main dishes. Some stir their ice-cold drinks in anticipation of the coming feast. It is the perfect representation of a scene that my father described from the days before I was born, when my parents lived in Kuala Lumpur.

I look around at the other tables; families with small children sit ready to sip at bowls of kolak, a sweet soup of pumpkin or banana. The four of us bloggers – Bama, Bart, Badai and myself – also have our own bowls prepared. All of a sudden the sound system comes to life with the solemn call to prayer at sunset. “Udah!” Bama says excitedly. Already! I glance over at the students, who gingerly take their first sips after 13 hours of thirst.

It is my third time in Indonesia during Ramadan, and while previous trips had seen me keep Islamic tradition at arm’s length, I had long decided that this visit would be different. Though a Christian, I would challenge myself by taking part in puasa, the Ramadan fast. The act of denying yourself food is not a foreign concept in my family; I had grown accustomed to seeing my own mother doing different kinds of fasts (in fact she may even be fasting now for my safety), but I was too attached to the earthly pleasures of food and drink to attempt the same.

For me, fasting was a conscious choice to engage more deeply with local traditions and put down my individual needs for the common good. It was a natural decision since all three of my travel companions on this first leg of the Spice Odyssey were doing puasa. I was also buoyed by the commitment of an American friend in Kabul, who had been fasting from the very first day of Ramadan. In doing so, she found kinship with the Afghan people and inspiration for her own faith.

As much as my travel mates told me otherwise, I felt that not taking part would be detrimental to our shared experience. It would have been rude to eat and drink in front of them, and burdensome to look for food during daylight hours. So I chose to alter my body clock for the next two weeks, until the celebration of Idul Fitri.

The hardest part of the Ramadan fast is neither running on an empty stomach, nor waking up at 3:00am for sahur, the pre-dawn meal. After a few days both of these habits become routine. The real struggle lies in confronting the nagging thirst that sets in from noon onwards, especially after being outside in the wilting tropical heat.

It has been ten days since I began my own fast, and I have learned much from the experience. I admire the perseverance and tenacity of the 1.6 billion Muslims around the world who commit to fasting year after year. I see the value of humorous talk shows at sahur, opening tired eyes with laughter ahead of the solemn prayer at subuh, the time when puasa begins. I understand the necessity of an afternoon nap, and I know the joy of breaking the fast with sweet drinks and deep-fried snacks, or a bowl of noodles with sate. After these two weeks have passed, I will never take another glass of water for granted again.

There are other revelations too: fasting has been an exercise in self-control, proving that it is possible to control my voracious appetite even after a space of thirteen hours. Because puasa adheres to a strict schedule between sunrise and sunset, it also suggests a return to an ancient way of living, when daily rhythms were dictated by the movement of the sun. That is something we mostly ignore thanks to our modern reliance on electricity.

For now, I do not intend to break the commitment I made to myself and my travel companions. The end of Ramadan is just five days away, and I know the most difficult stage is already over. ◊ 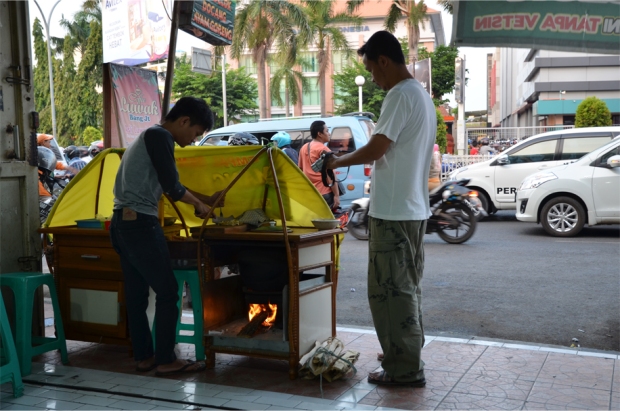 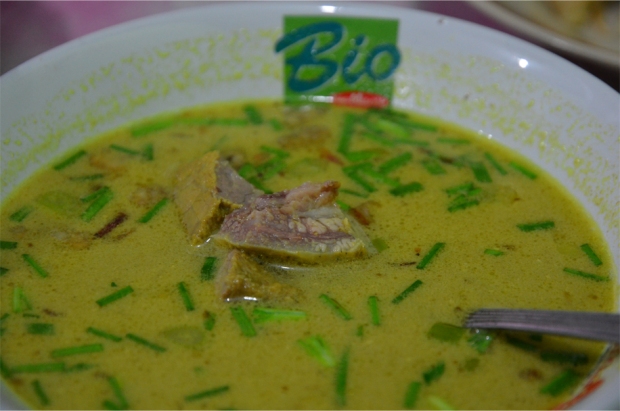 Empal gentong is a beef soup spiced with turmeric, shallot, coconut milk and other ingredients 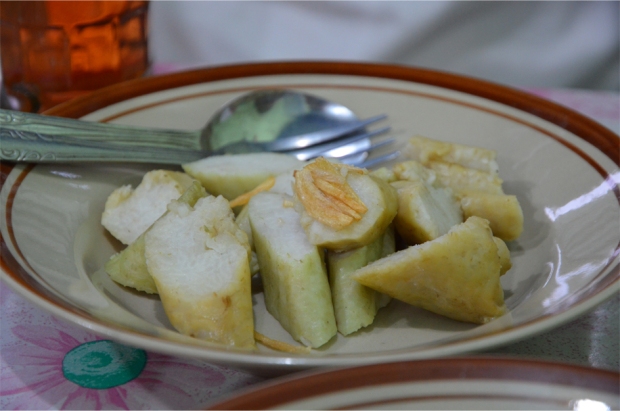 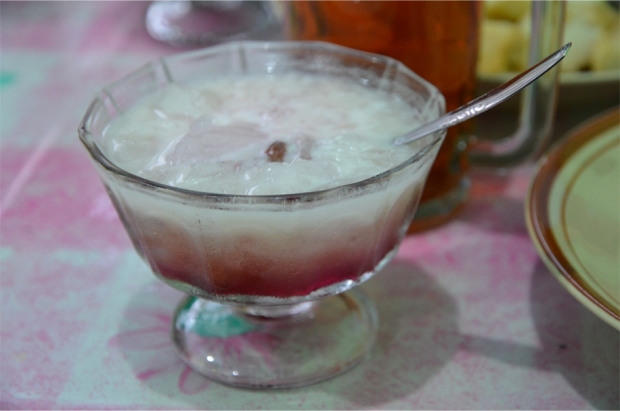 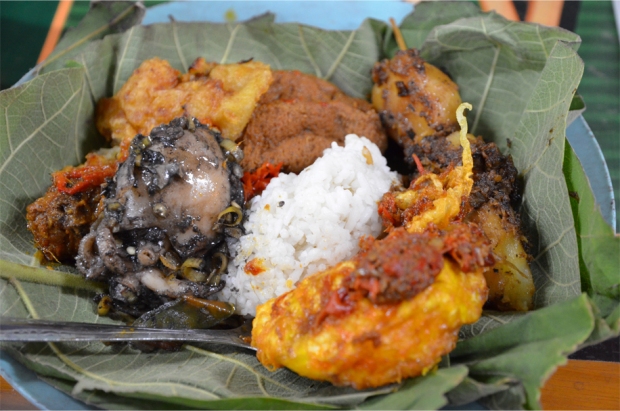 Nasi jamblang, another specialty of Cirebon with rice steamed in teak leaf