In remembrance of Tim 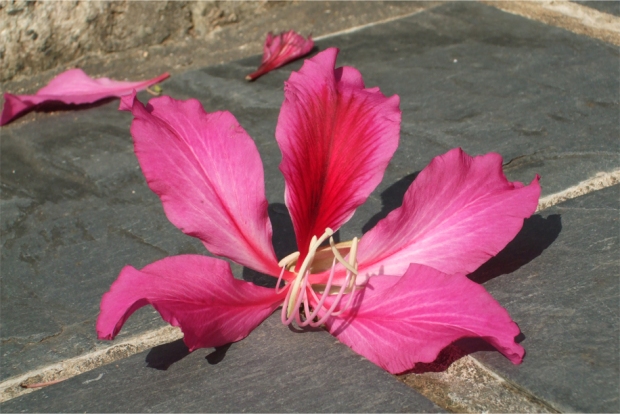 My heart sank when I got the news. On the fifth of July there was a diving accident at Race Rocks, off the southern tip of Vancouver Island on the Pacific Coast of Canada. It is one thing to read about a missing diver you never knew, but another when the article carries a photo and the name of a treasured childhood friend.

For weeks I wrestled with the idea of dedicating an entry to Tim on my blog, on whether it was more appropriate to mourn privately or write him a tribute on such a public platform. But I am far away from both London and Hong Kong – the most likely locations for a memorial service – and this is the least I could do.

Today, August 8, would have been his 28th birthday. I believe that in his 27 years and 11 months on earth, Tim lived more than most people would in a lifetime. His thirst for adventure took him long-distance cycling, diving, and on other exploits. He loved to travel as much as I do; on Facebook I marvelled at his photo albums from Hungary, Bosnia, Israel and the West Bank. Up till a few days before he went missing, Tim had been uploading pictures from his latest trip.

It feels unnatural, wrong even, to refer to him in past tense. I am not angry at his passing, and if I was, who or what would I direct my anger towards – the sea? I do not see the point in asking why his life was cut short, why such a promising young man was taken so suddenly and so soon. Such questions cannot bring him back. Though some might be turned off diving because of this tragedy, I do not believe for a moment that it was his adventurousness that killed him. He was simply in the wrong place at the wrong time.

If my pain is great, I cannot imagine what his family has been going through since his disappearance last month. I cannot fathom how it must feel for his two brothers to lose a cherished sibling, and his parents to lose a precious child. But I will always be grateful that he walked on this earth and graced our lives with his presence. I will have his infectious enthusiasm and impish grin forever etched into my memory.

Tim and I, we were kindred spirits – or at least I like to think so. Our friendship began in Year 8 when he transferred to my school, and we quickly hit it off. Both of us were passionate about history and geography. We spent countless lunch breaks and after-school hours in the library, poring over books on the Roman Empire and ancient China. For a brief episode in our teenage years he was my best friend and worst enemy, an ally and competitor. But we ironed out our differences and he became a confidant for sharing my most private thoughts, desires and dreams. When he settled in London after university, distance did not weaken those bonds of friendship.

This February, on his final trip to Hong Kong, we met for lunch at a Japanese restaurant near the office; it was just the two of us for a long-awaited catch up. Over sashimi I spoke of my plans to quit my job and travel for six months to write a book on the Spice Route. The look of unrestrained joy and excitement on his face is something I will never forget. “Out of all my friends,” he told me, “you are the most inspiring.”

Tim is – was – the kind of friend who made time to listen and encourage even if he was thousands of miles away. He did not shy away from telling the truth, from showing appreciation to those he loved and cared about. His ideals of loyalty and service were apparent in his commitment as a soldier in the British military reserves, a police officer in Central London, and a Committee Reporter in the Houses of Parliament. He was always inquisitive about the world, and took a stand for the things he believed in, even if they ran counter to accepted norms. He was a person who never failed to see the humour in all kinds of situations. That is how Tim lived, and perhaps how you and I should too. ◊

Tags: Friendship, In Memoriam, Thoughts
From: OTHER STORIES
← On gratitude for creature comforts
Indonesia: dangerously beautiful →
35 Comments Post a comment