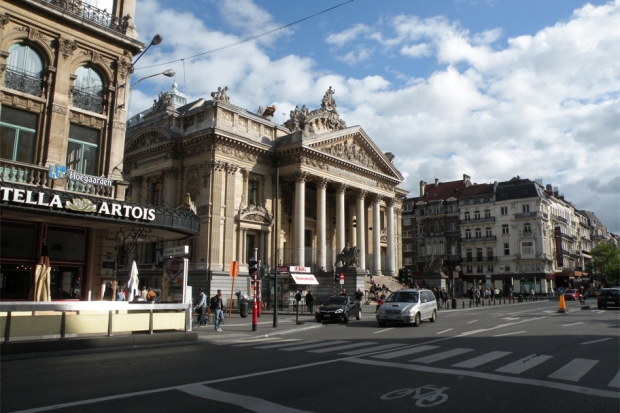 In early January, I met a family friend who had found himself uncomfortably close to a terrorist attack. He told me he was alone in Paris last November 13th, the night when ISIL struck the City of Light. He was enjoying dinner some two kilometres from the Bataclan Theatre as the carnage unfolded, and once in his hotel room he grew alarmed by the reports on TV. Without hesitation, my family friend activated an app on his phone requesting an emergency evacuation. Within 24 hours he was on a flight back home to Manila.

I could understand why my family friend reacted the way he did: he had two young daughters and his wife was pregnant with their third child. Given the scale of the attacks, not to mention his responsibility as a father, husband and the primary breadwinner of the family, wasn’t he right to shield himself from potential harm?

It is sensible to weigh up the risks while planning a trip overseas. But that is not to say that we should avoid going to places hit by terrorism in recent months. To steer clear of Brussels, Paris, Istanbul and Bangkok for fear of future attacks is, I think, the exact opposite of what we should be doing. One of the best ways we can support the residents of these cities is simply to keep visiting – investing our tourist dollars in hotels and restaurants, transport companies and local businesses. To give into fear is merely to accomplish what the terrorists sought to achieve.

My brother is now in Beirut, Lebanon, on a trip he’s dreamed of taking for more than a decade. His enduring fondness for Lebanon mirrors my own obsession with Indonesia. While at college in Montreal, he took up Arabic classes at McGill’s Institute of Islamic Studies. For the first few years he lived with a Lebanese housemate named Patrick, who brought him snacks from Beirut every time he went back. Whenever I visited we’d go out and try Lebanese food: Montreal was where I had my first taste of fattoush, an aromatic salad of mixed greens and pita bread, and I had no qualms indulging in baba ghanoush, a smoky eggplant dip that I count as one of my favourites.

Even after he moved back to Hong Kong and his Arabic grew rusty, my brother’s zeal for Lebanon never really waned. He followed the construction boom in Beirut, as its skyline filled out with slender glass towers, and he lamented the dysfunctional government, the endemic corruption, and the lack of public transit in the burgeoning capital.

Beirut suffered a twin suicide bombing the day before the Paris attacks, but that did not dampen my brother’s resolve to go. As the months passed he told friends and colleagues of his plans; predictably, most reacted in shock. For many Hong Kongers, the Middle East is simply one big dangerous place. We are bombarded with updates about the civil wars in Syria, Iraq and Yemen – not to mention the atrocities committed by ISIL – but we hear very little about the places where life goes on as normal. Sometimes I wonder if people realise that the Middle East includes Dubai and Abu Dhabi, cities associated with immense wealth, six-star luxury and manufactured greatness.

Jodi Ettenberg from Legal Nomads wrote an eloquent response to the Brussels attacks, in which she said our perception of foreign places is often tainted by fear-mongering and inaccurate generalisations: “As someone who works in the travel industry, it saddens me to see the media paint entire countries with a wide brush borne of anger and alarm.”

Last December my cousin told me she was planning to spend Chinese New Year in Bali with her family. Then an ISIL-linked group struck Jakarta on January 14, killing four civilians and wounding 24. My relatives soon cancelled the trip and turned their attention to the Maldives. Bali, they reasoned, was too great a risk. Even if it was almost 600 miles from Jakarta, which is roughly the same distance between New York and Cincinnati.

But anyone who knows Indonesia from the inside can see that January 14 was very different from the highly organised bombings carried out by Jemaah Islamiyah between 2002 and 2009. Elizabeth Pisani, the author of Indonesia Etc., called the attack “an incompetent attempt at terrorism” that “shut central Jakarta down for about 20 minutes”.

Before the successful crackdown by Indonesian security forces, Jemaah Islamiyah targeted places viewed as Western symbols: the Australian Embassy in Jakarta, alongside the Marriott and Ritz-Carlton hotels. In Bali, the group bombed nightclubs and restaurants popular with Western tourists. The target of the most recent Jakarta attack was far less clear. Was it the Starbucks on the corner? The city’s oldest mall? The UN information centre down the street?

That day, Indonesians reacted defiantly on Twitter with the hashtag #KamiTidakTakut: ‘we are not afraid’. A photo of a satay vendor quickly made the rounds on social media, for it embodied the indomitable spirit of the Indonesian people. The caption explained that customers were lining up at his stall 100 metres from the site of the attacks, a mere two hours after the gunfire and multiple explosions rang out. When I look at the bigger picture, the disorganised, amateurish attempt of a small band of ISIL supporters – and the speed at which ordinary Jakartans bounced back – gives me the confidence to go without fear. ◊