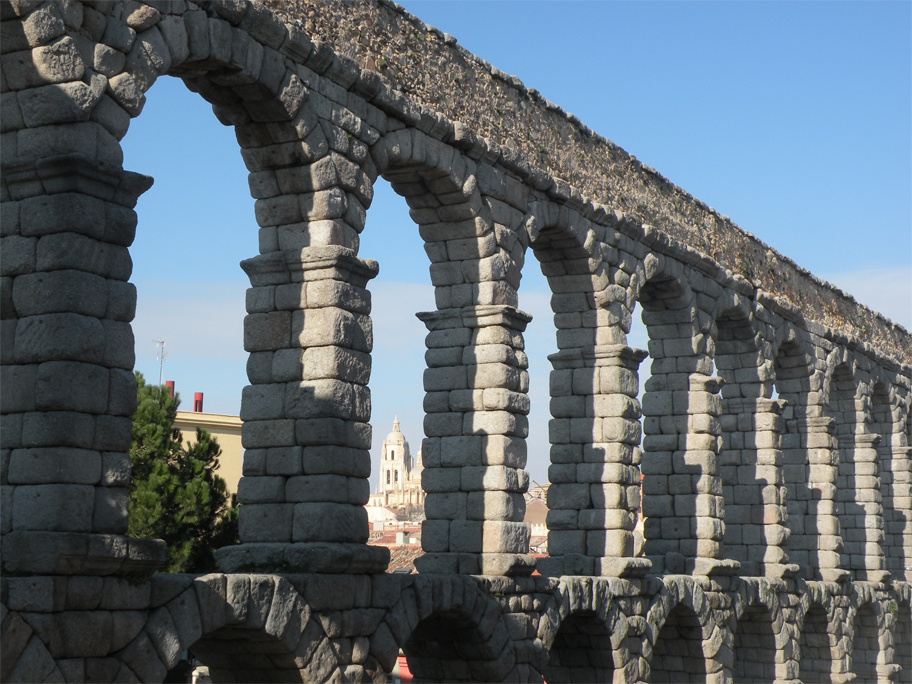 When night falls and the busloads of day-trippers leave Segovia, the city reverts to its timeless medieval charm. It’s nearing 8 o’clock on a Friday evening and I have just completed the 3-hour journey from Salamanca.  The walk to the hotel takes me through a warren of narrow, atmospheric streets and animated squares, interspersed by the odd floodlit monument. Although it has only been a good 40 minutes since my arrival, I am already falling in love with Segovia.

Not far from the Plaza Mayor I have my first bite of the local cochinillo, or suckling pig. For all pork lovers out there, this is something that cannot be missed; imagine the crunchiest layer of skin on a slab of the tenderest meat, roasted to sheer perfection.

The next morning I start the day in the beautiful Plaza de la Merced, just a stone’s throw away from the cathedral. Under a bright blue sky the silence is broken only by the sound of a bubbling fountain. I am on my way to the city’s most remarkable landmark – its 1900 year-old Roman Aqueduct. 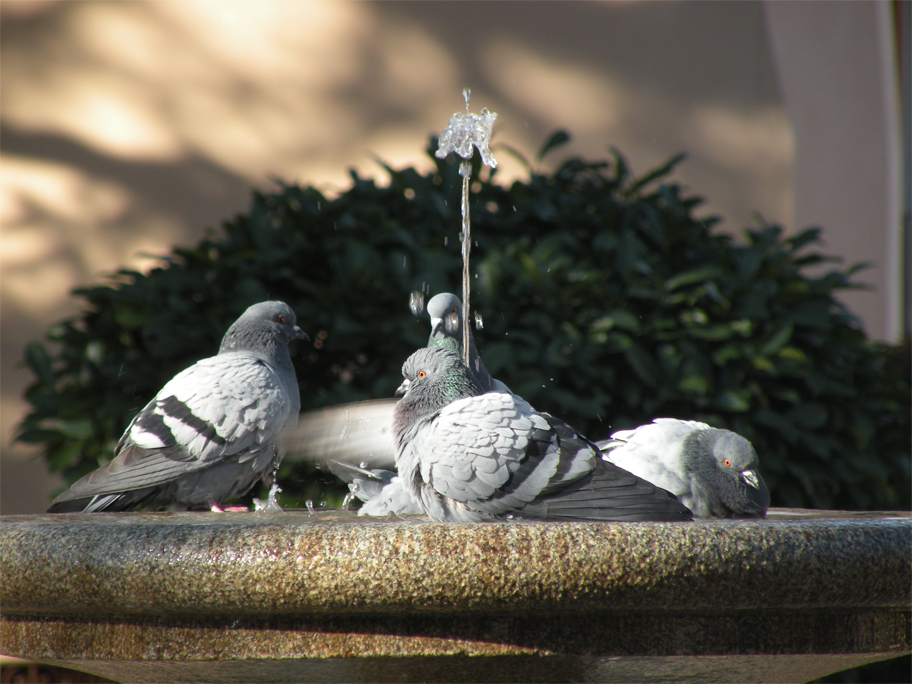 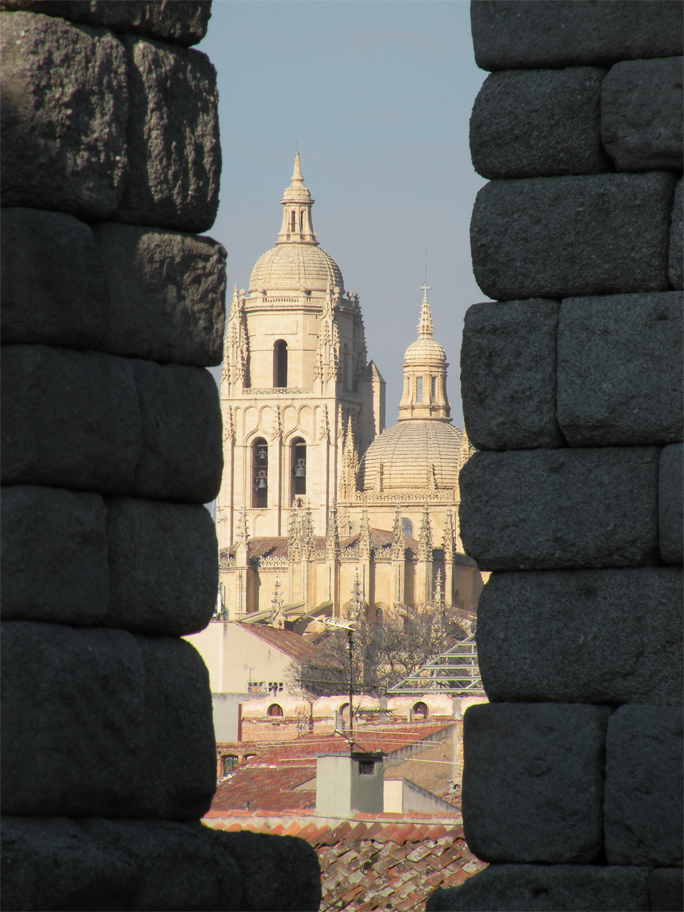 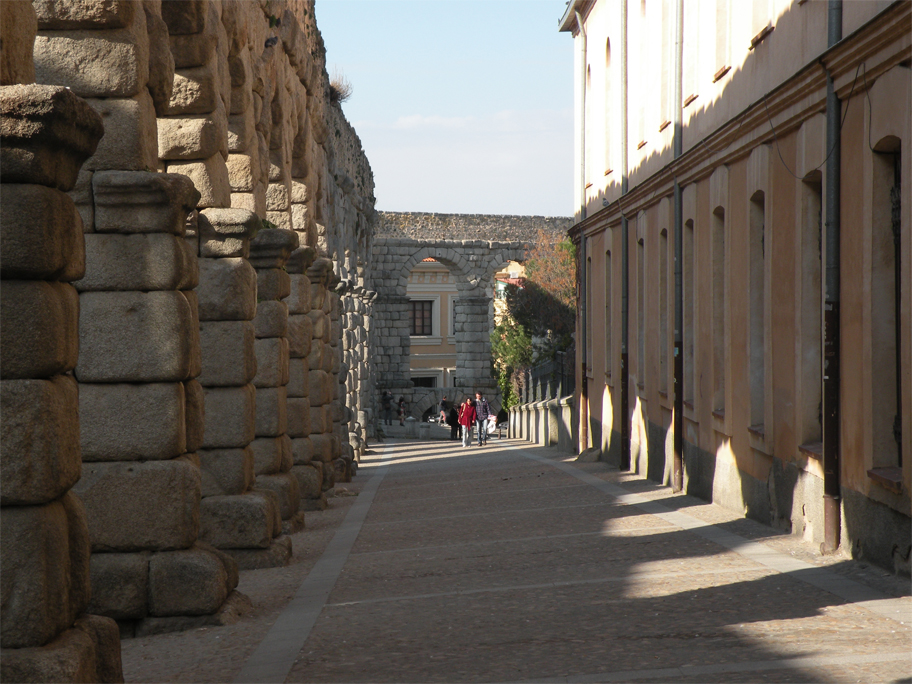 A whopping 29 metres at its highest point, the aqueduct soars over the Plaza Azoguejo, linking the old town with its urban hinterland. Given its size and age, it’s impossible not to gasp in amazement when stood beneath its mighty arches. What makes it even more incredible is the stonework itself – not one of its enormous granite blocks are fixed with cement or mortar.

This marvel of engineering is one of the best preserved Roman monuments on the Iberian Peninsula, and Segovia is justly proud of having it as the city’s most prominent icon. Look out for the niche that holds a statue of the Virgin Mary; the image is perhaps the newest part of the structure, having only been added in the 16th century. 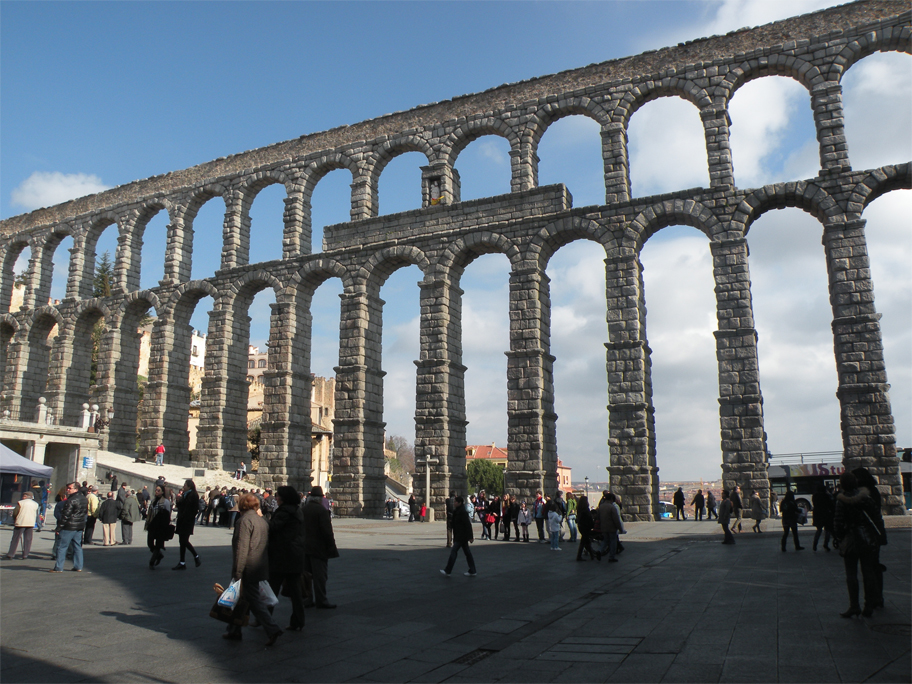 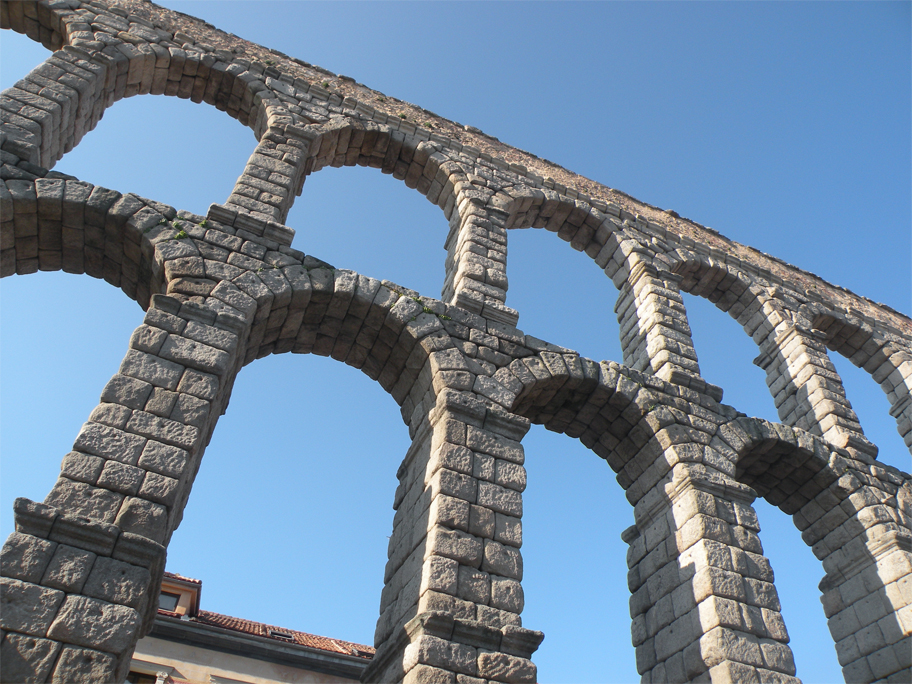 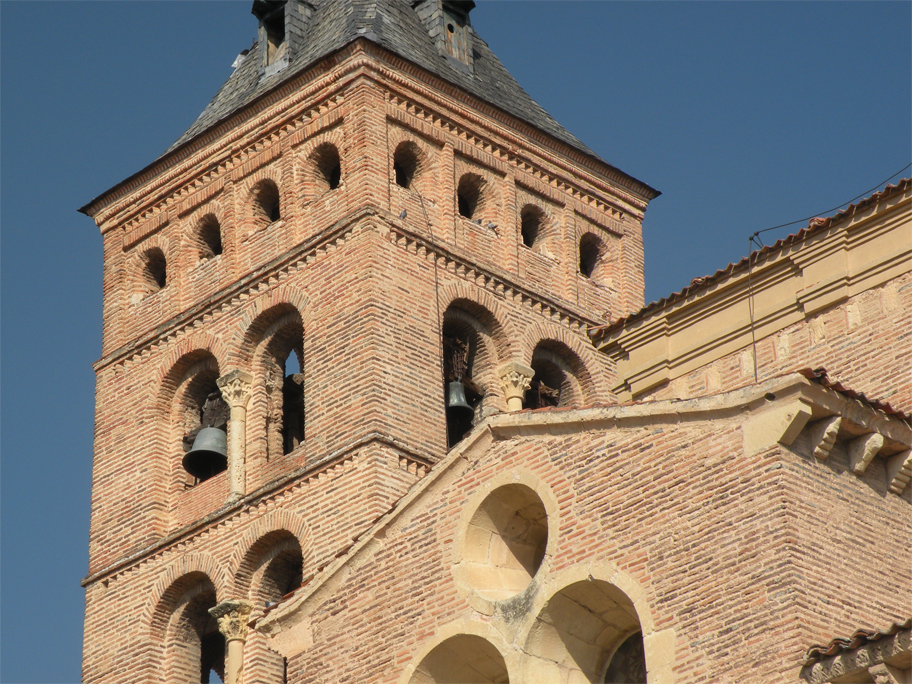 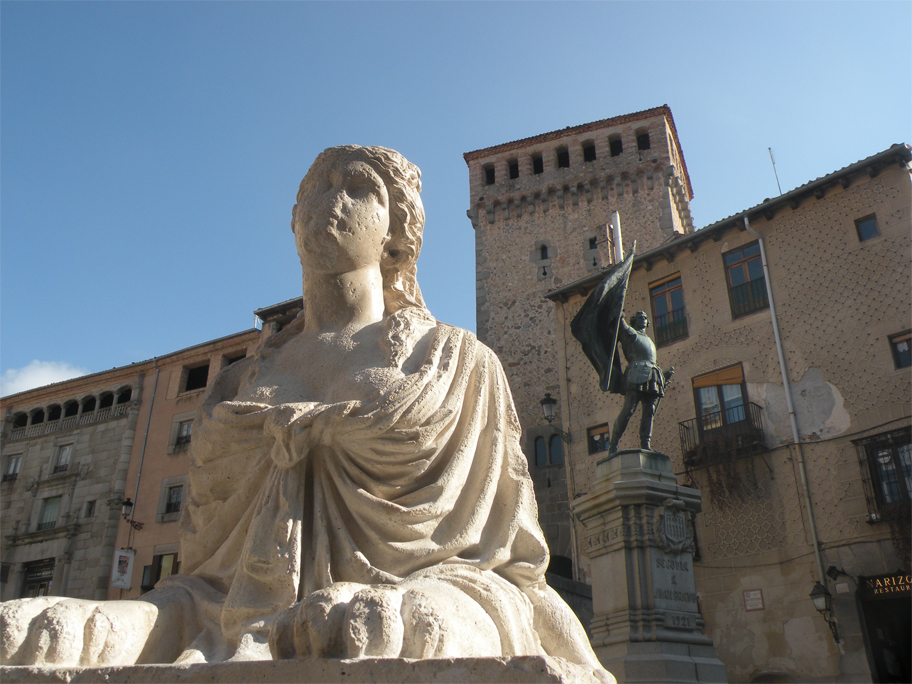 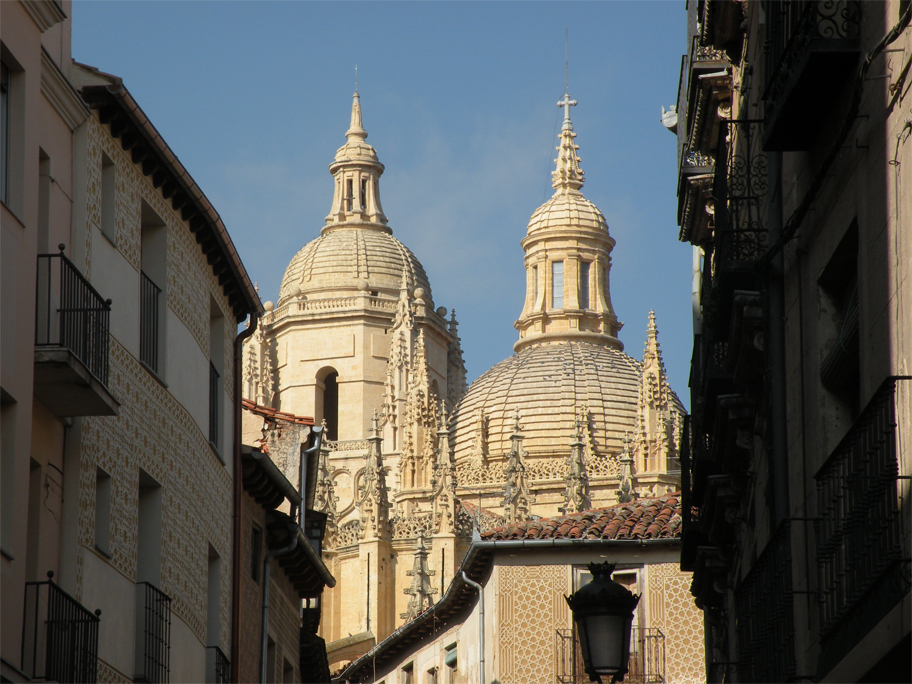 Roughly halfway between the aqueduct and Segovia’s Alcázar (its castle), the Catedral de Santa María presides over the main square of the city – the aptly-named Plaza Mayor. This was the last gothic cathedral built in Spain, replacing an earlier one destroyed during the Revolt of the Comuneros (1520-21). Despite its riot of pinnacles and delicate rooflines, the building does have the appearance of being rather severe. For all its austerity the interior is still worth a look: its highlight is the wonderful chapel of Santísimo Sacramento (Holy Sacrament), shielding a brilliant wall of gold beyond a face of metal openwork. 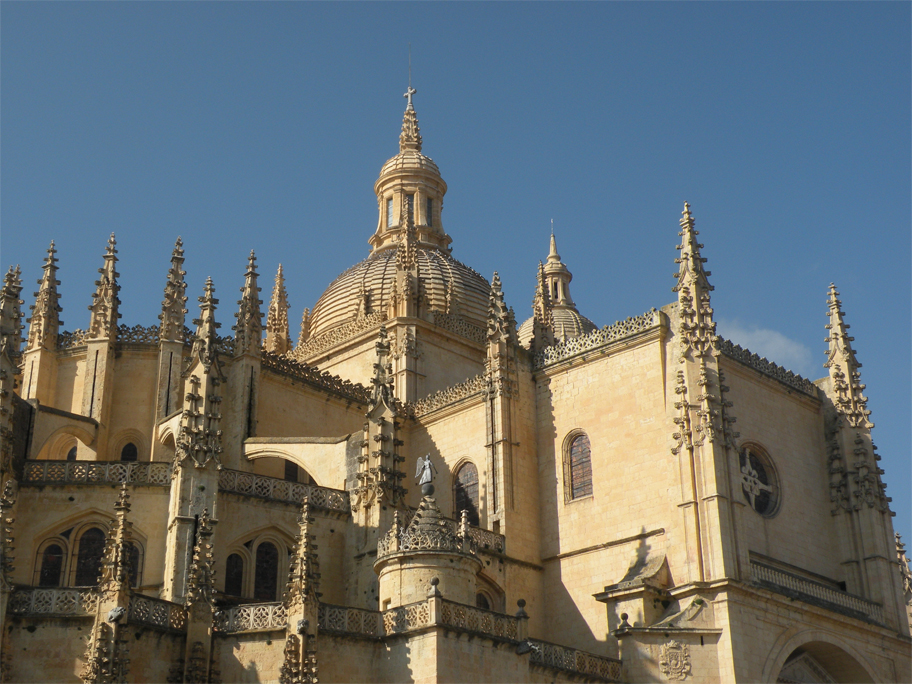 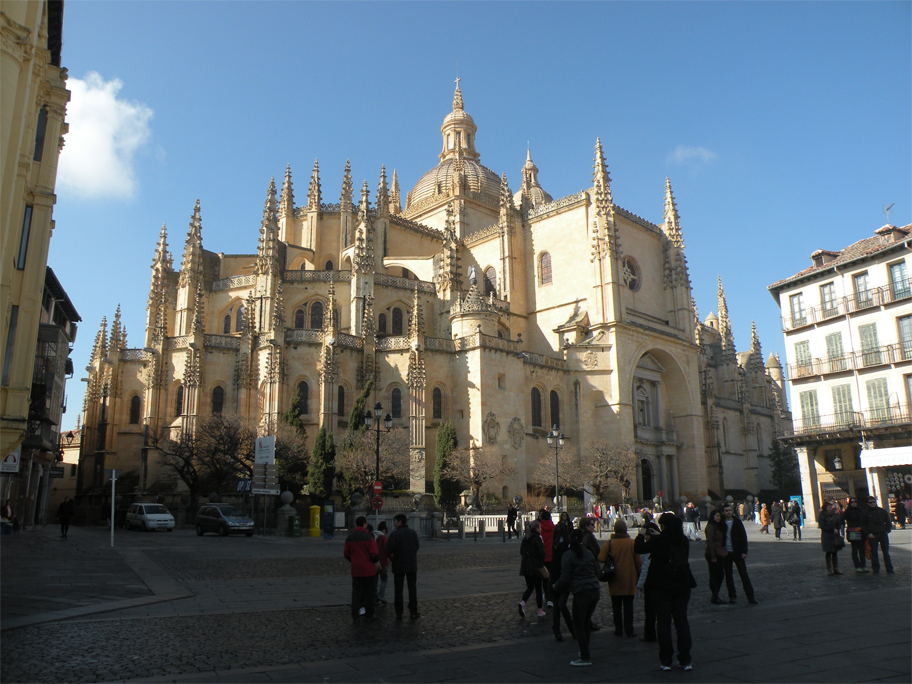 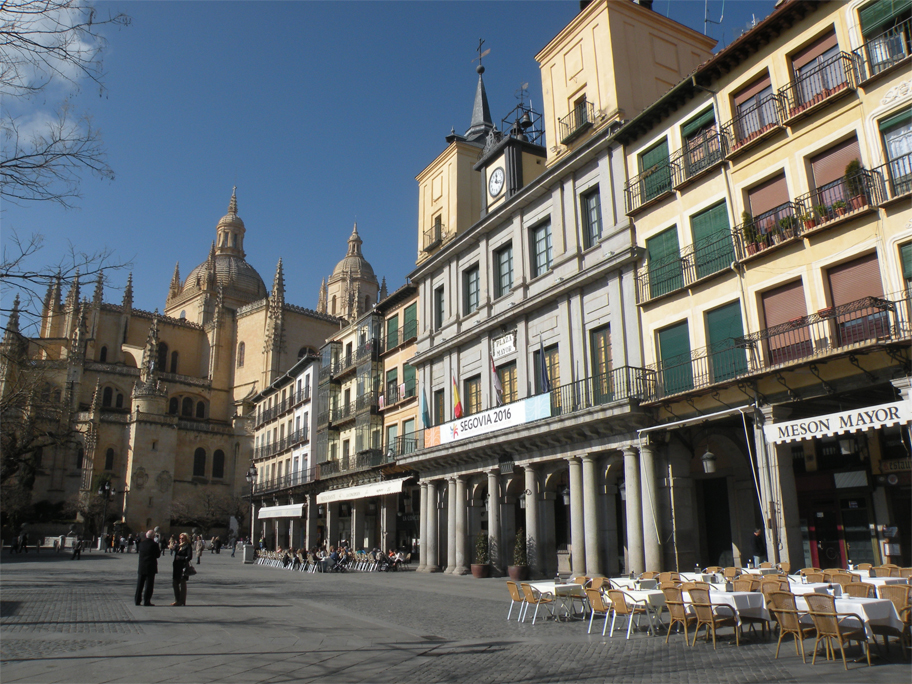 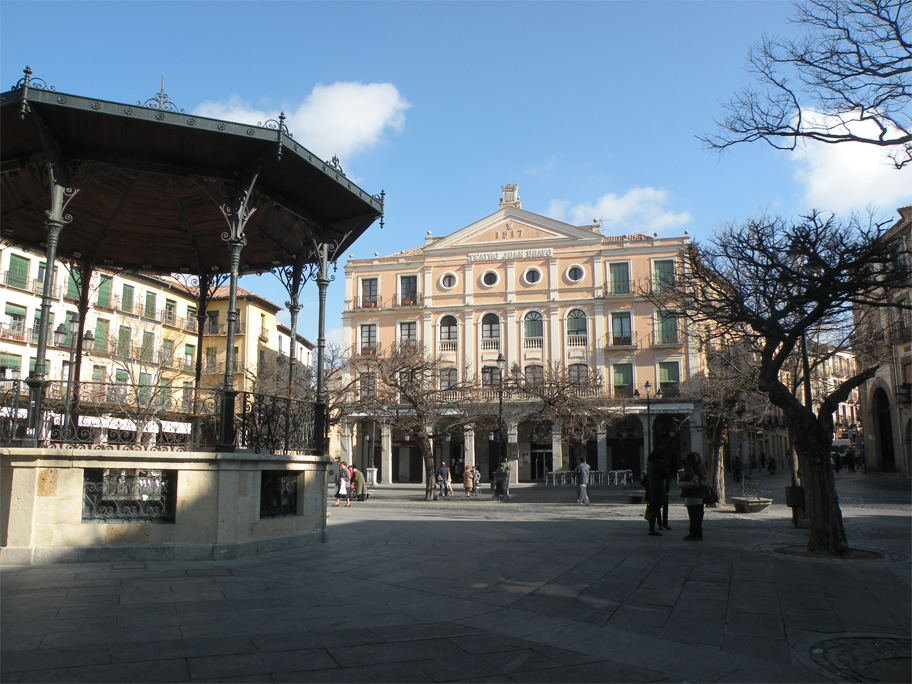 At the opposite end of the old town, a shaded plaza beckons visitors towards the medieval castle. Built over the foundations of a Roman fortress (and a subsequent Arab one), the Alcázar once served as a favourite residence for the kings of Castile. It was here that the Catholic Monarch Isabella I was crowned Queen; her marriage to Ferdinand II of Aragón would mark the birth of modern-day Spain, unified as a singular political entity.

Although Germany’s Neuschwanstein fits the bill, there are claims that this castle may have inspired Walt Disney with its towers and pepper pot roofs. While the fortress has a distinct triangular shape, like a ship’s bow, the vast majority of tourists don’t actually get to see its best face. The key is that you have to walk around the structure – or more correctly, below it – to see the resemblance. 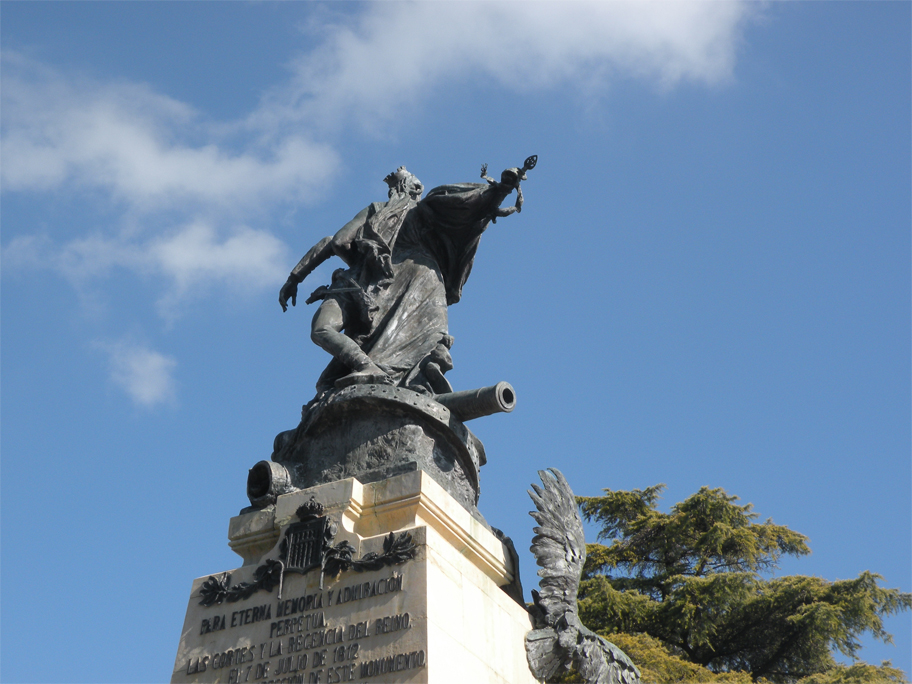 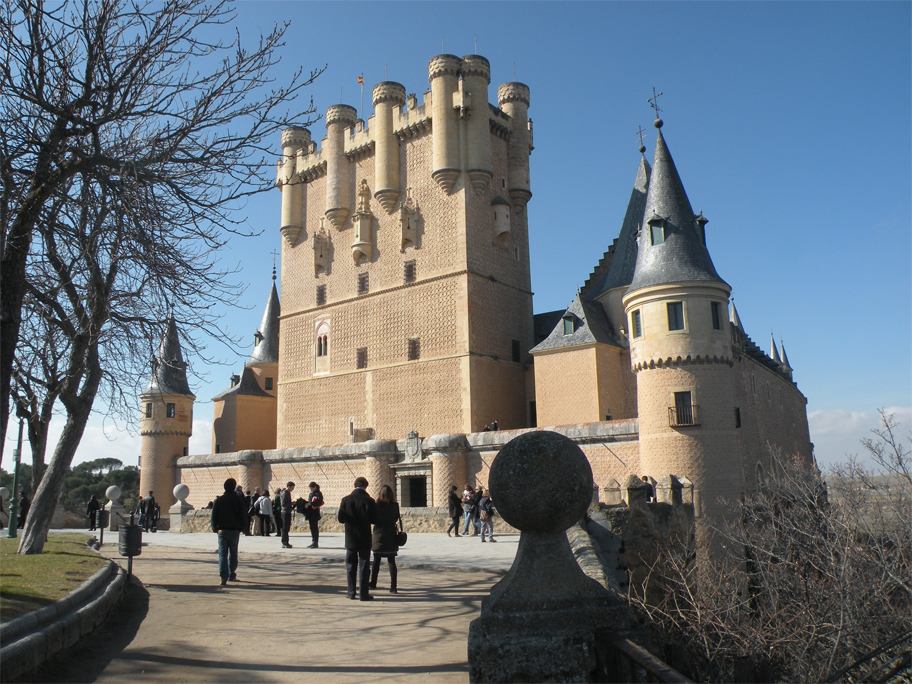 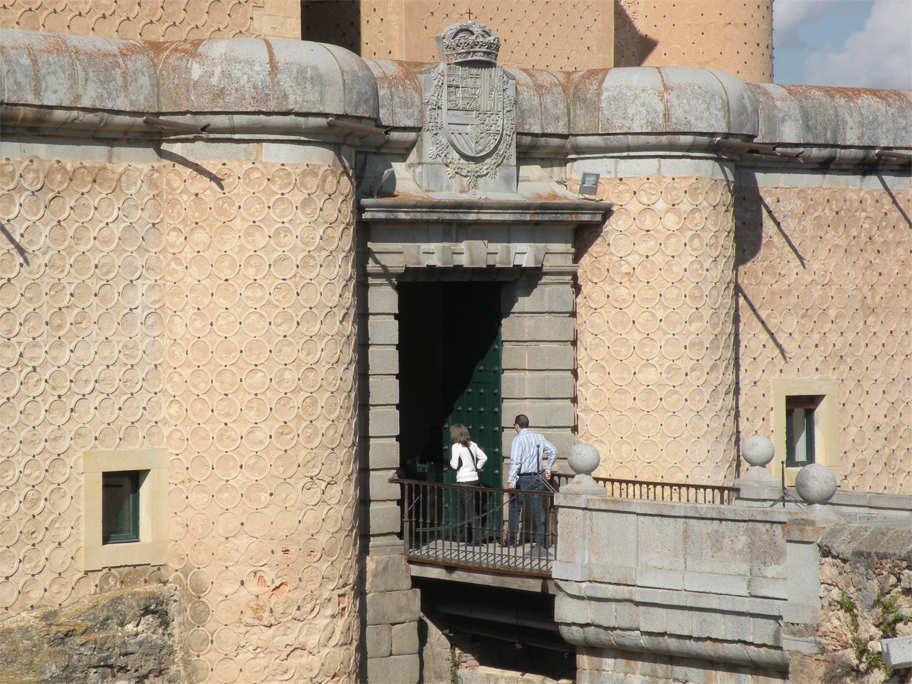 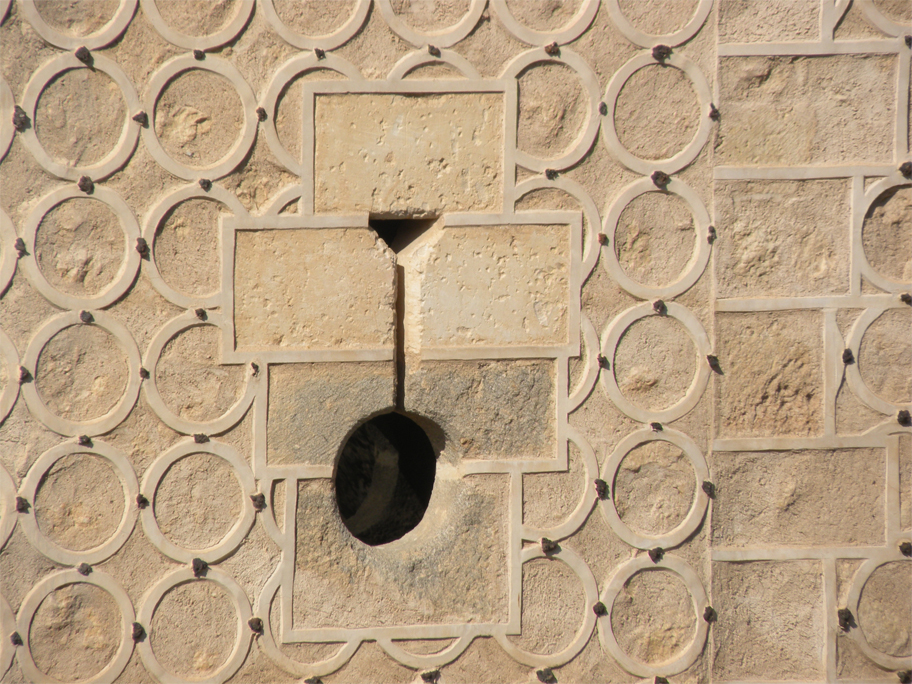 As popular day-tripping destinations go, Segovia has a well-defined visitors’ route lined with the usual souvenir shops and touristy cafés. But turning left or right down a narrow lane takes you somewhere completely different, where the rhythm of life is dictated not by the streams of tourists but by local haunts and heavy clotheslines. Among its surprises Segovia has a wealth of handsome Romanesque churches, such as that of San Esteban, with the occasional stork’s nest delicately perched on the rooftops. 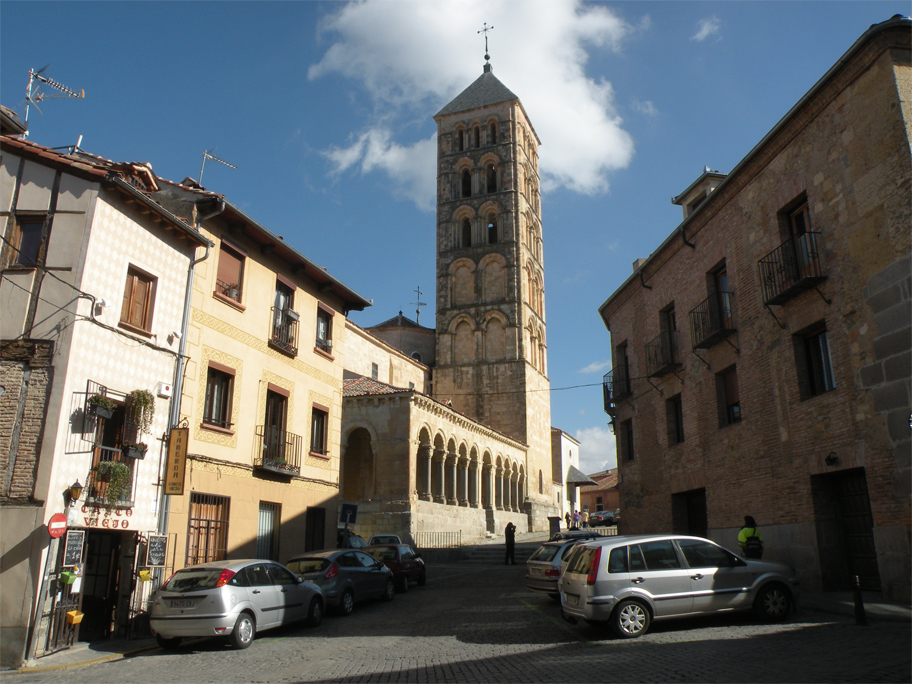 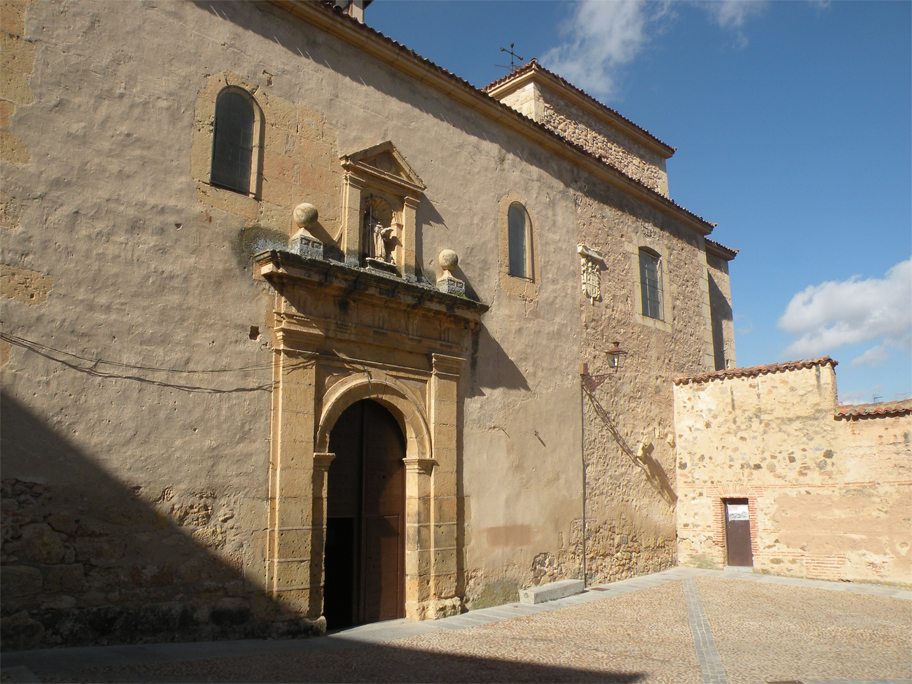 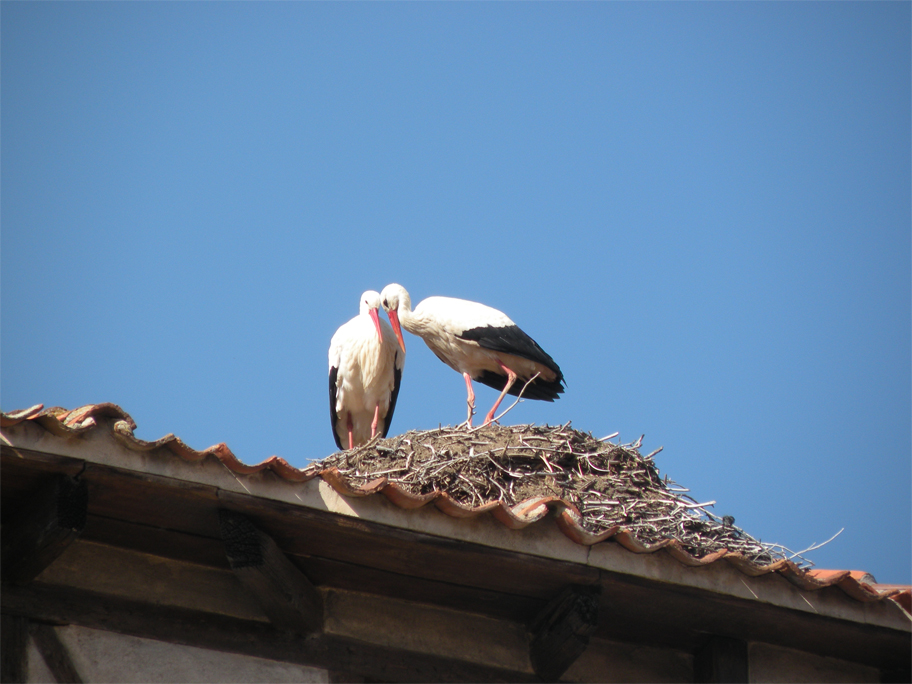 It’s a shame that most who come here give the city only an afternoon, or a day at the most. Nothing beats walking the entire length of the aqueduct in the morning sun, or clambering over an empty city wall, discovering an idyllic poet’s garden in the process. And then there is the palatial retreat of La Granja de Ildefonso, just a short bus ride away. Formerly the summer residence of Spanish kings, the complex was laid out with extensive gardens in the manner of Versailles. 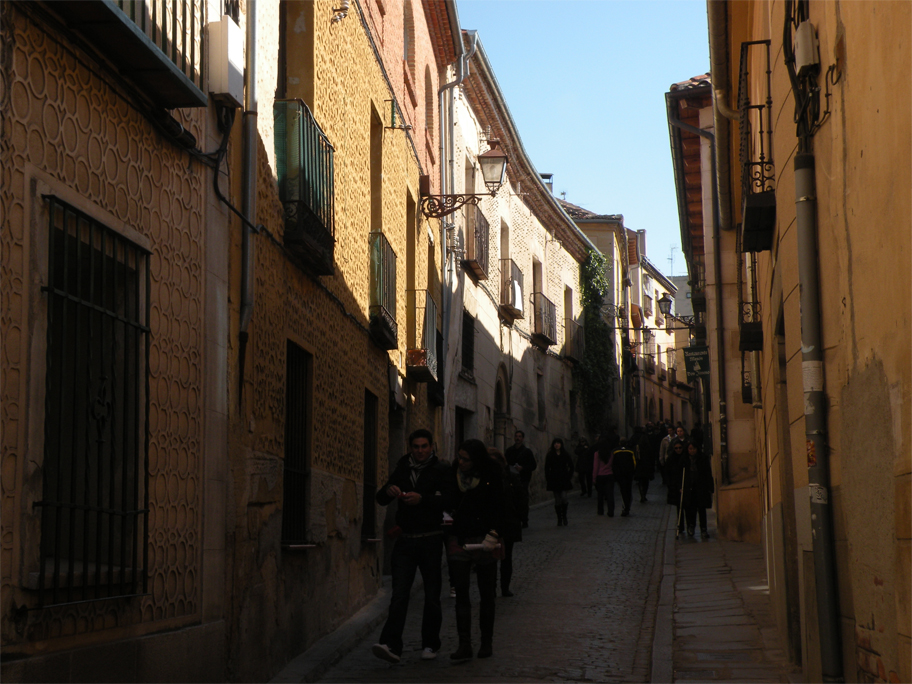 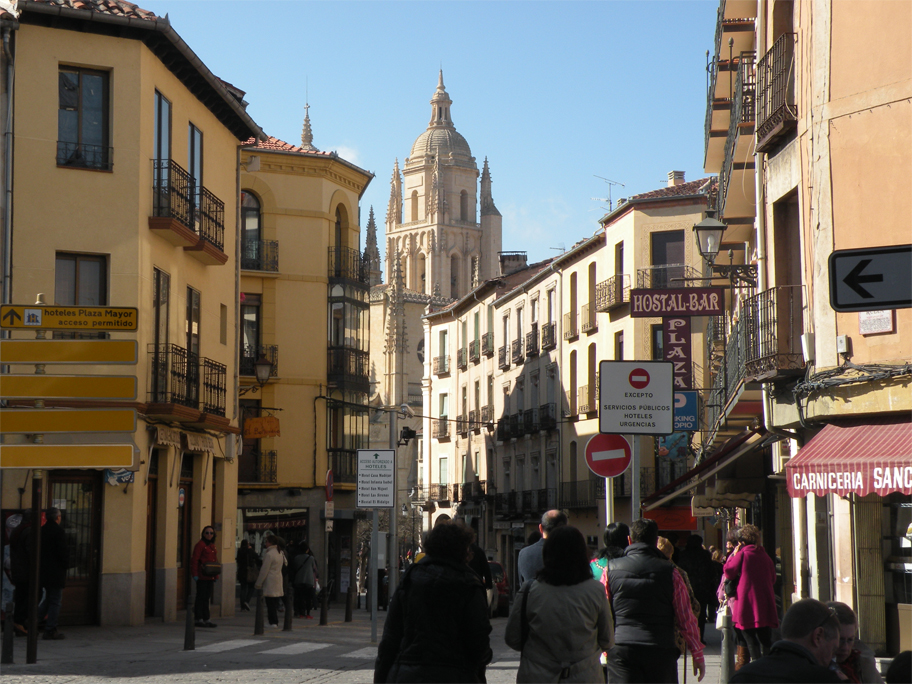 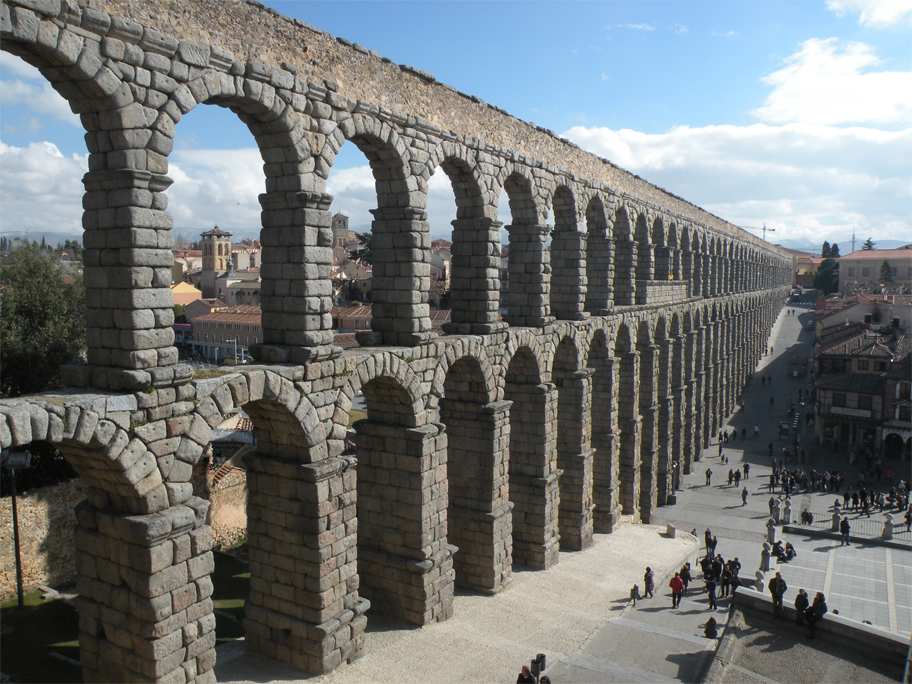 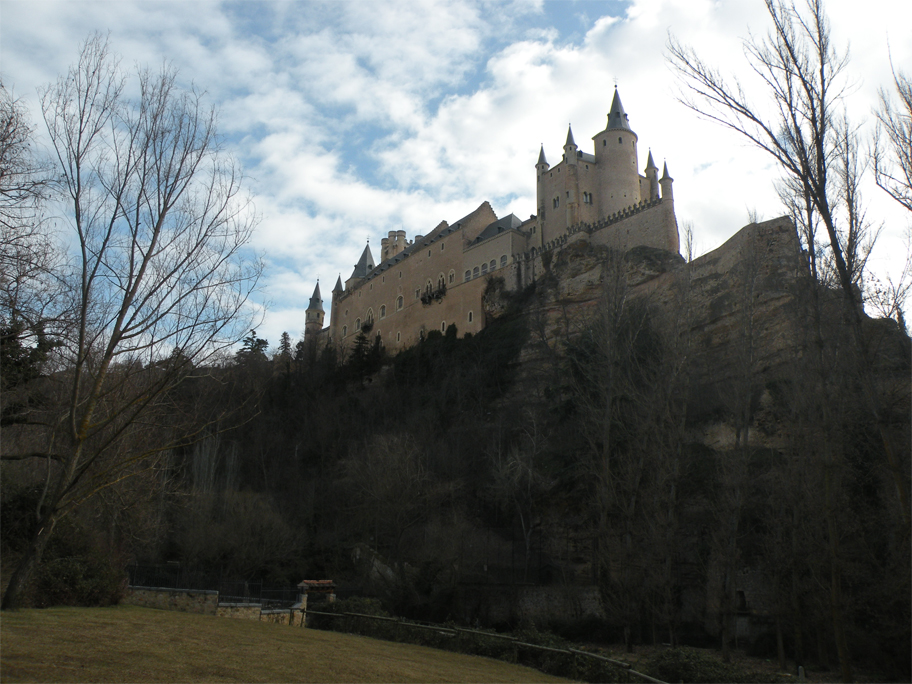 As much as I would have liked to see La Granja, I decided that it would be better to leave it for the warmer months, when the gardens would be in bloom. Instead I ambled down into the valley floor, far below the old city. In my white jeans and sneakers I was beginning to wonder if the muddy paths were a good idea.

And then came the moment I was waiting for. Out of the dense trees the Alcázar rose up in all its dramatic beauty, just like something out of Brothers Grimm. Perhaps Segovia really did inspire Walt Disney after all.