There was no way I was ever going to turn down a road trip to Porto. Ever since I visited Lisbon for the first time last October, I knew that I had to come back to Portugal at the next available opportunity.

Together with two of my Brazilian friends, Fernando and Felipe, I am on the highway between Salamanca and the Portuguese frontier. As we pass trees and fields dusted with a light covering of snow, Fernando looks over with a smile. “When we cross the border, falamos em português.”

It should have been little more than a 4-hour journey but we end up getting hopelessly lost in the streets of Porto. Because of the hotel’s obscure location on top of a small shopping mall, it takes us an extra hour to navigate the confusing network of one-way streets.

The next day we leave the car in favour of the impressive metro, a light-rail system that came into operation in 2002. Aside from walking this is one of the best ways to get around Porto. We alight at the Avenida dos Aliados, named after the historic alliance between the English and the Portuguese. Dating back to a treaty signed in 1373, it is reputed to be the oldest alliance still in force in the world today.

Porto is commonly known as “Cidade Invicta” (Unvanquished City) for its resistance to Napoleonic troops during the Iberian Peninsular War. Although the French stormed the city in the spring of 1809, Porto would be liberated less than 2 months later with the surprise attack of a British army. Its commanding general was none other than the 1st Duke of Wellington, of Waterloo fame.

Just up the street from Liberdade Square, named for the expulsion of the French forces, stands the oval-shaped Clérigos Church. The masterpiece of one of the most important architects of the Portuguese Baroque – an Italian by the name of Nicolau Nasoni – its distinctive tower is a great symbol of the city. For a small fee you can climb the 225 steps to the top. 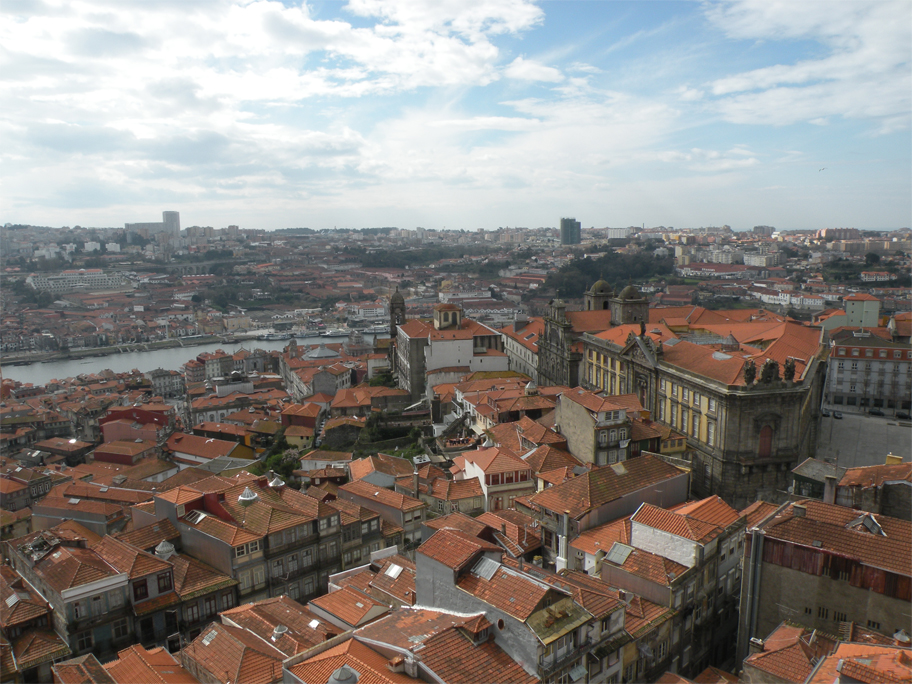 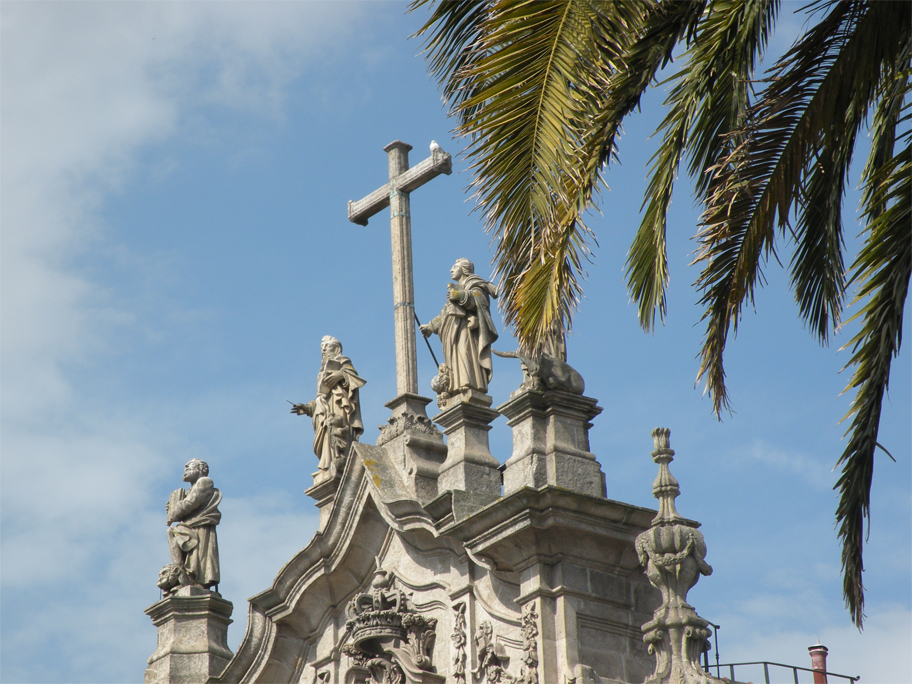 Our next port-of-call is the nearby Livraria Lello & Irmão, purportedly one of the most beautiful bookstores in all of Europe. Built at the turn of the 20th century (1906), you would never know that its fanciful wooden features were in fact painted plaster, or that the dramatic staircase is actually one of Porto’s first reinforced concrete structures. The interior is unashamedly Neo-Gothic, with plenty of decorative touches and a stained glass skylight. Judging by the throng of Spanish tourists, all clamouring for group pictures on the staircase, it seems like this secret has been out for some time. 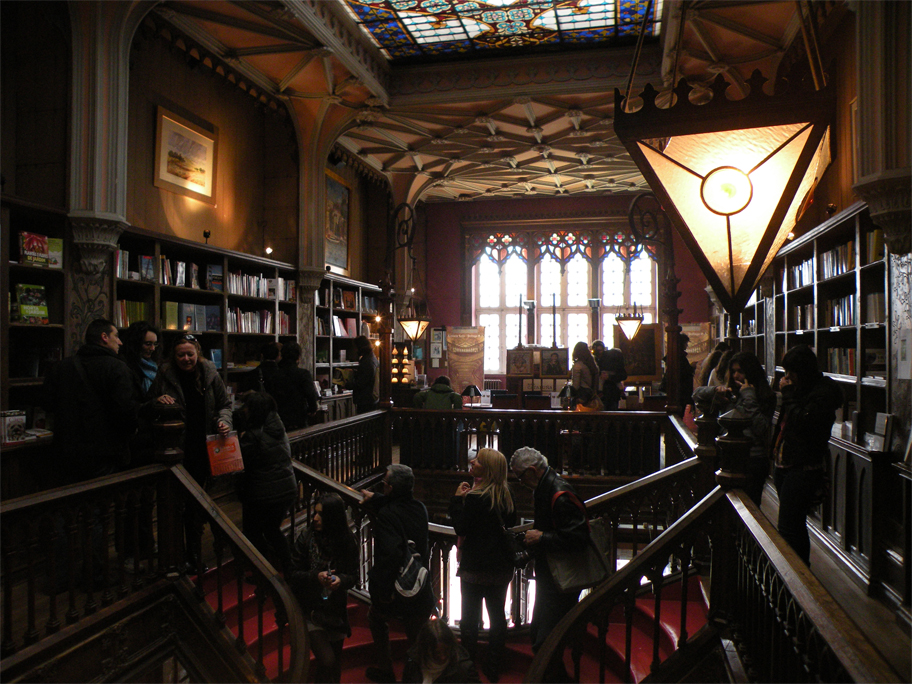 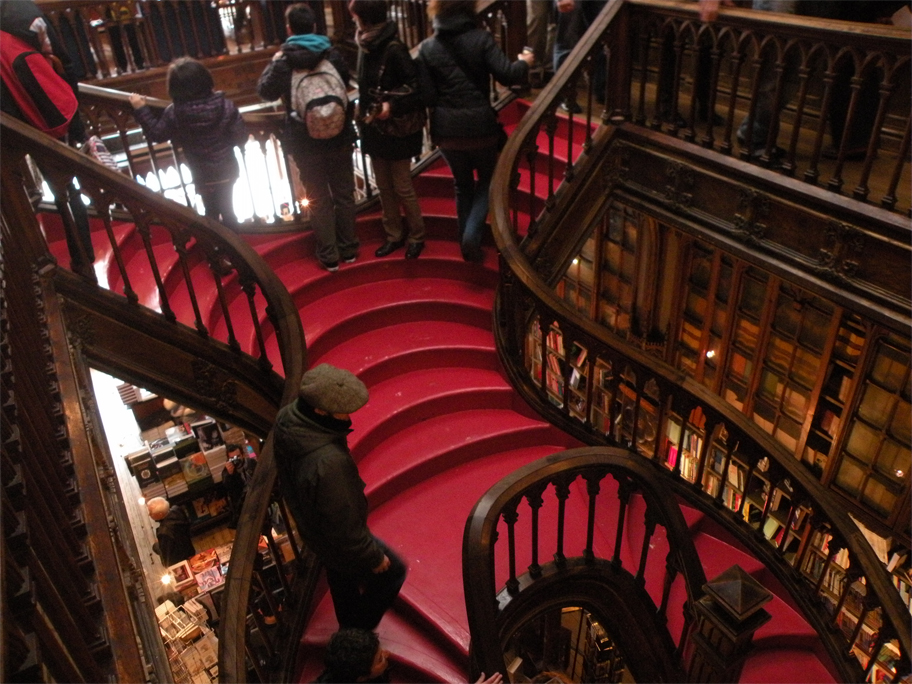 Between 5-10 minutes away by tram, the Cathedral and the adjoining Episcopal Palace command a high elevation over the medieval centre of Porto. The broad terraces afford some fantastic views of the old town, a jumbled mass of tiled roofs and church towers spilling down towards the river. With such a wealth of traditional architecture, it’s no wonder that historic Porto became a UNESCO World Heritage Site in 1996.

In contrast to the fortress-like cathedral, built in solid Romanesque, the elegant Episcopal Palace owes its current appearance to Nasoni – the same architect who designed the Clérigos Church. In 1387 this palace was the setting for the marriage of King João I and Philippa of Lancaster, a bond that cemented the ties between Portugal and her oldest ally. 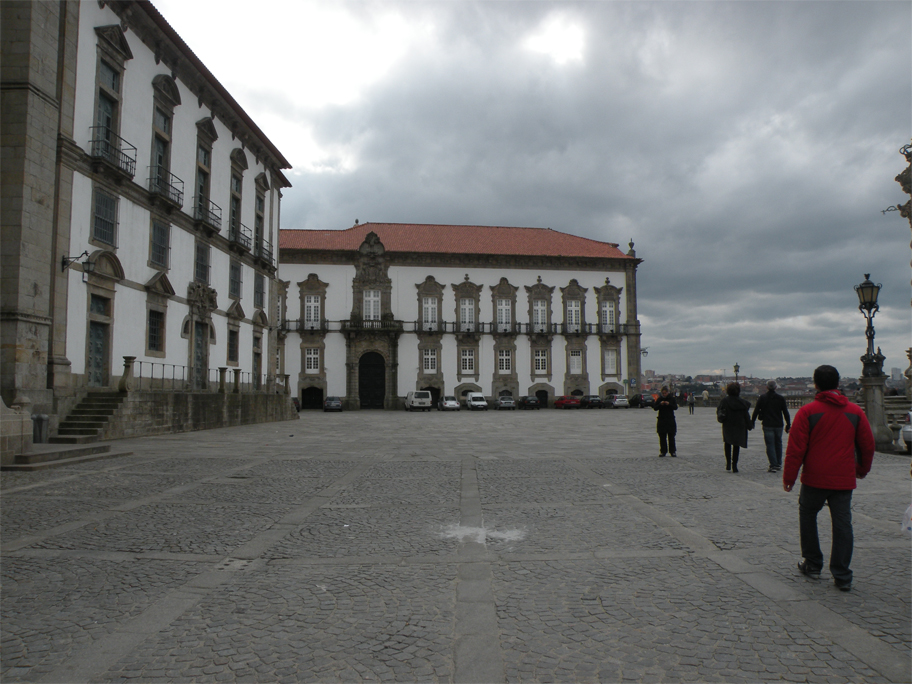 One of my favourite moments in Porto was walking across the Dom Luís Bridge, an unmistakeable icon of the city. Designed by Belgian engineer Téophile Seyrig, the one-time partner of Gustave Eiffel, the iron bridge is truly a magnificent work of art. When it was opened in 1886 both the upper and lower decks were intended for road traffic, but ever since 2005 the top deck has been reserved for cyclists, pedestrians and the super-slick metro.

In my opinion this is one of the best places to look out over the city – there is nothing like being 50 metres above the waters of the Douro, with a panoramic view unfolding across the gorge-like river valley. And then you begin to notice the narrow gaps in the pavement where you can peer down and see the open ironwork far below. 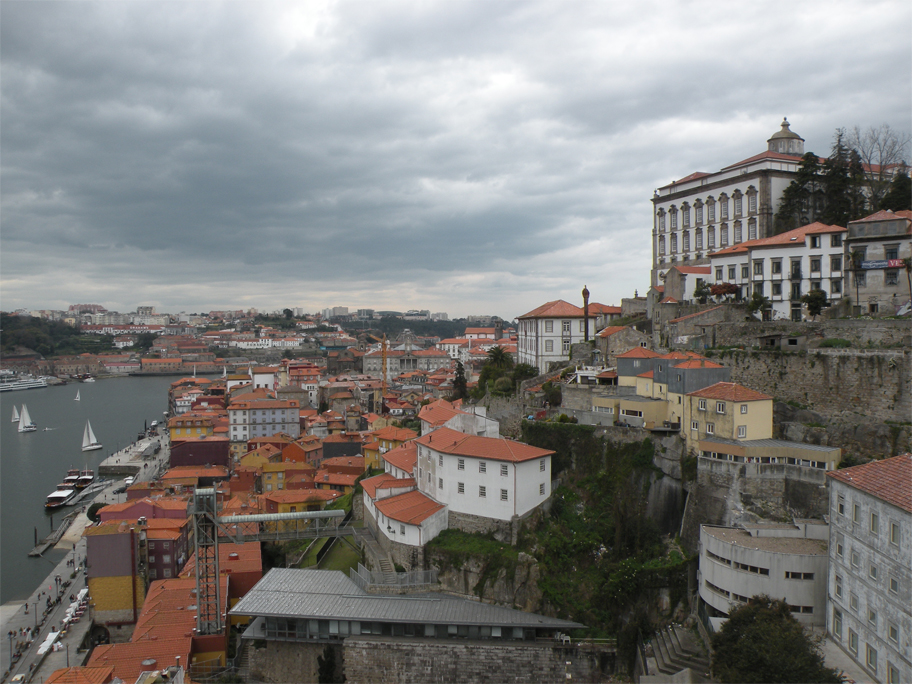 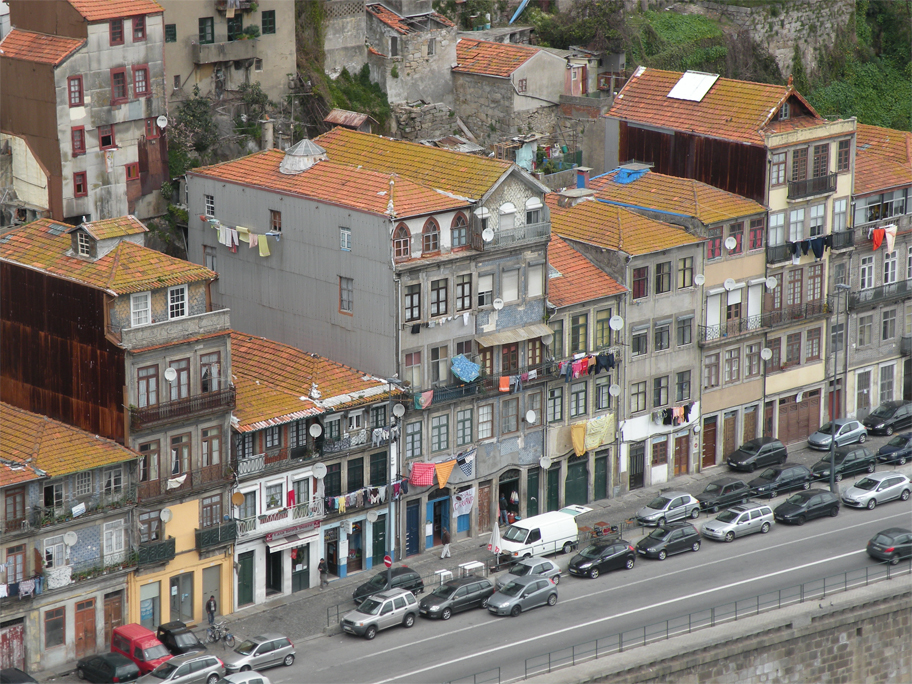 For lunch we head down to the riverside quarter of Ribeira, in search of the Porto specialty known as Francesinha. Literally “Little Frenchwoman”, this is a super-sized Portuguese edition of the croque-monsieur. Piled high with steak, cured ham and fresh sausage, the entire sandwich is covered in molten cheese and then doused in a thick tomato and beer sauce. Served with a plate of French fries, the mega-calorific meal is usually washed down with a tall glass of the local Super Bock beer.

At the restaurant Fernando also sees an opportunity to introduce Guaraná Antarctica, a Brazilian soft drink made from the highly caffeinated fruit of the Amazonian guaraná plant. Produced only in Brazil, Portugal and Japan, its sugary sweet flavour is reminiscent of Mtn Dew. 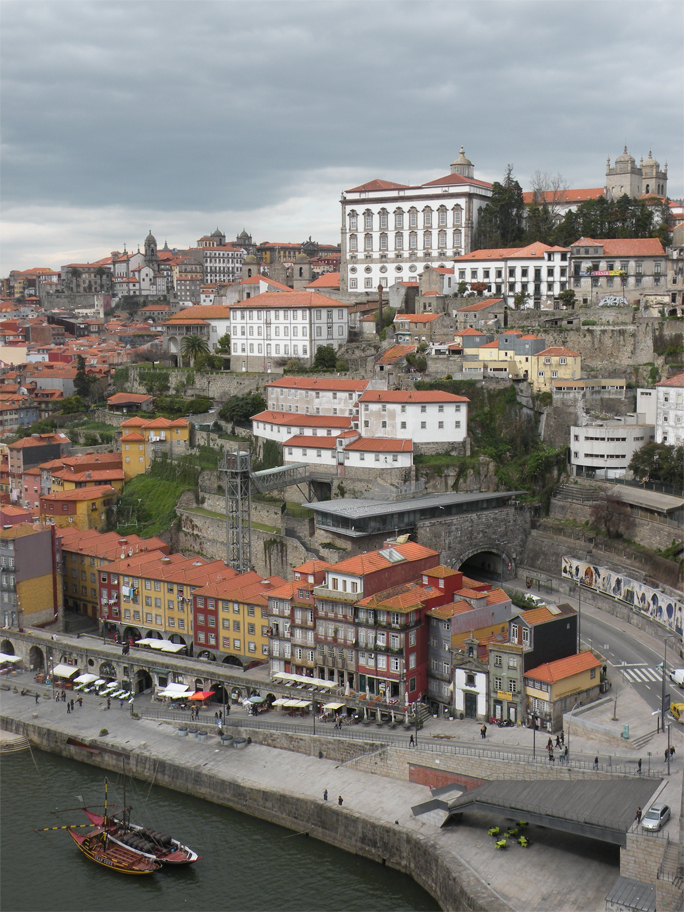 With our bellies full we hop back onto the metro towards the weird and wonderful Casa da Música, the new concert hall by Dutch starchitect Rem Koolhaas. Fronting the Rotunda da Boavista, a large roundabout hosting a lovely park, the concrete structure is pierced by windows in seemingly random places. Although we had just missed one of the few chances for a guided tour, I was happy to wander around the building and its curiously undulating plaza. 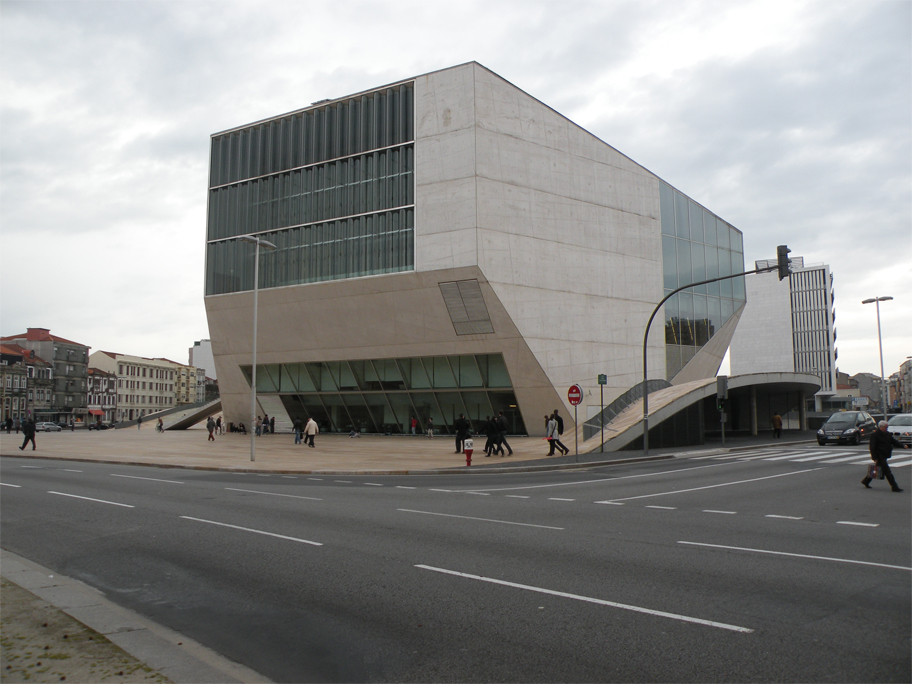 Our dose of contemporary architecture is followed by an early evening stroll in Foz do Douro, a peaceful neighbourhood at the mouth of the Douro River. From the seafront esplanade we wander onto an old breakwater with a small lighthouse. Felipe points towards the endless Atlantic and chuckles. “Brazil is just over there!” 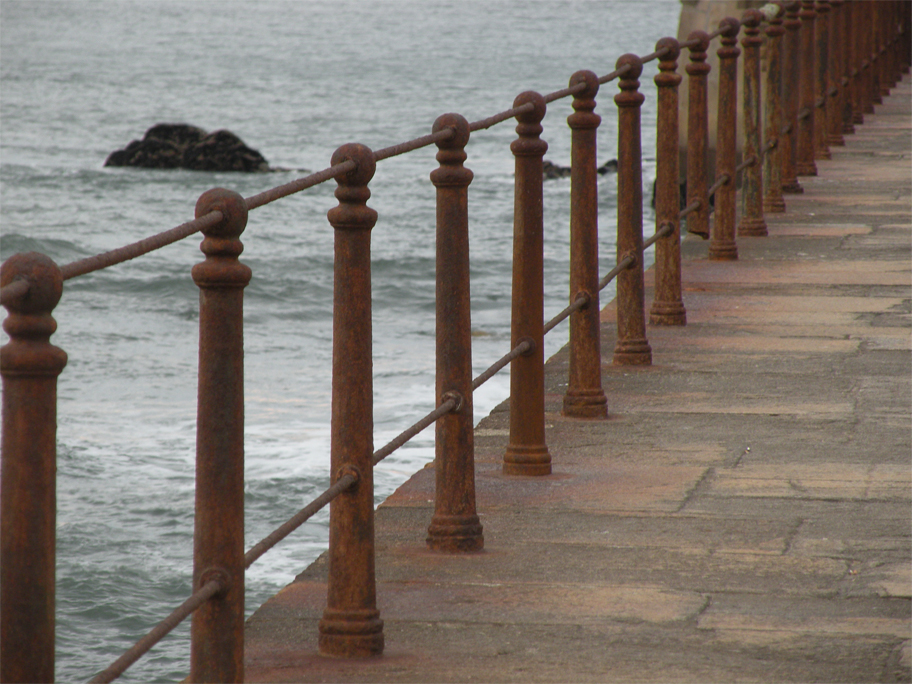 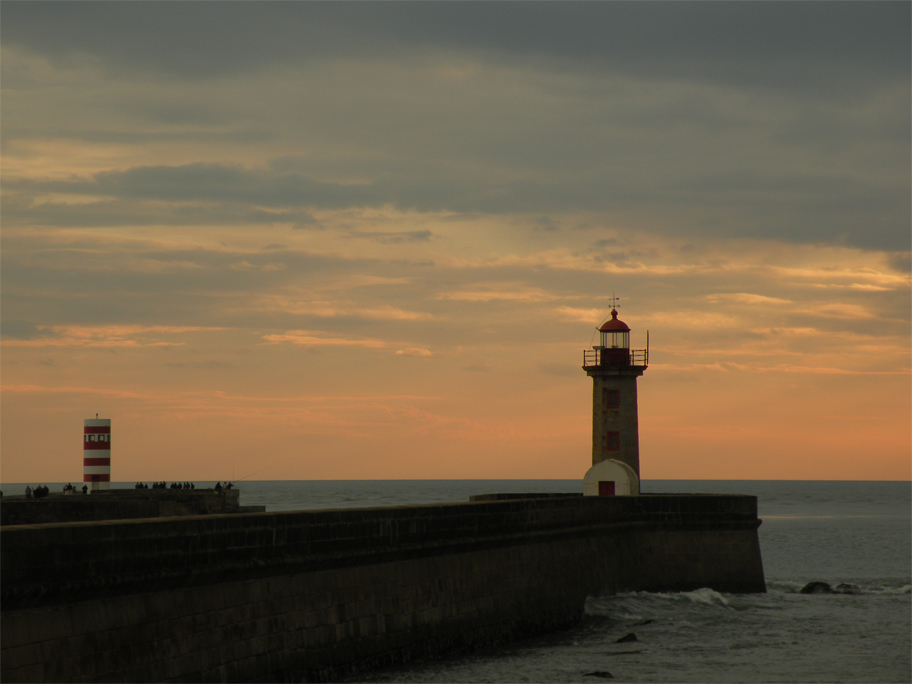 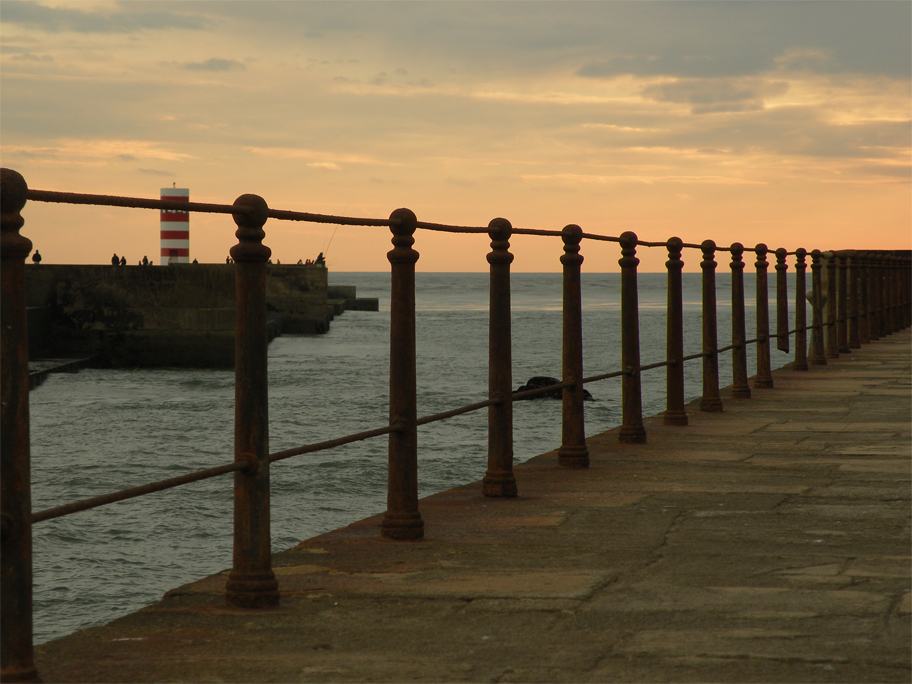 As night sets in we return to the centre by bus; I am intent on revisiting the place where Porto won me over the previous night. Back at the Dom Luís Bridge, we cross the lower deck over to Vila Nova de Gaia, a separate city containing the vast network of caves where Port wine is stored and aged. To this day you can still see the rabelos tied up along the riverfront – these are the traditional boats used to transport barrels of Port from the vineyards upriver. 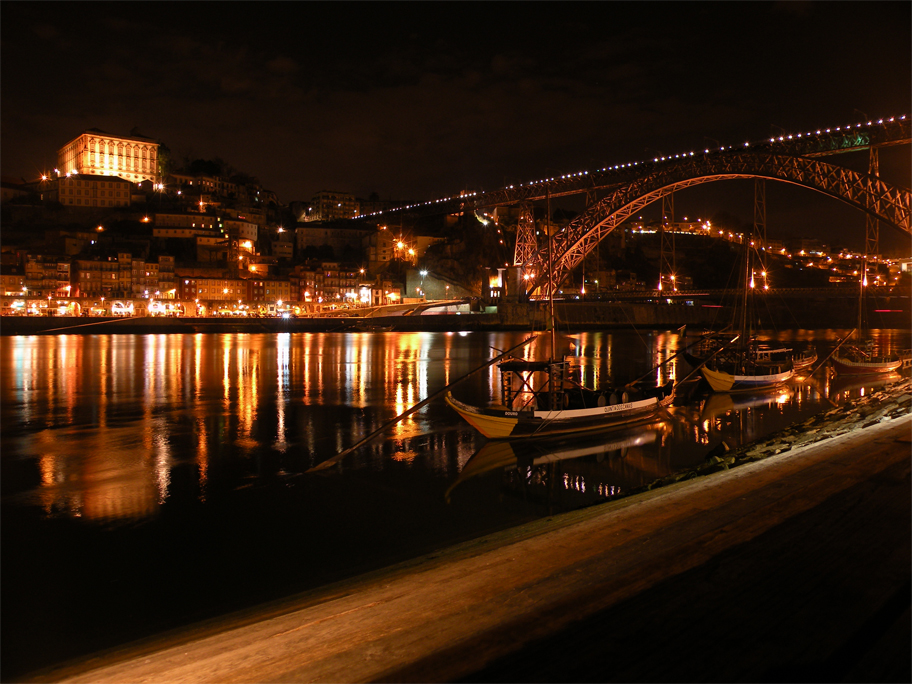 To be very honest, I wasn’t so keen when we first turned up in the centre, tired and dazed from our 5-hour journey. In my head I kept comparing the cold streets of Porto to vibrant, cosmopolitan Lisbon. But the sight of the Douro and the iron bridge, beautifully floodlit, changed my mind.

Half an hour later we were sat in Bacalhoeiro, a hip restaurant on the opposite side of the river. In the distance the lights of the old town twinkled and reflected in the calm waters. Over steaming plates of bacalhau, we raised our glasses and toasted to the start of a great weekend.