At the Gate of the Sun, Madrid 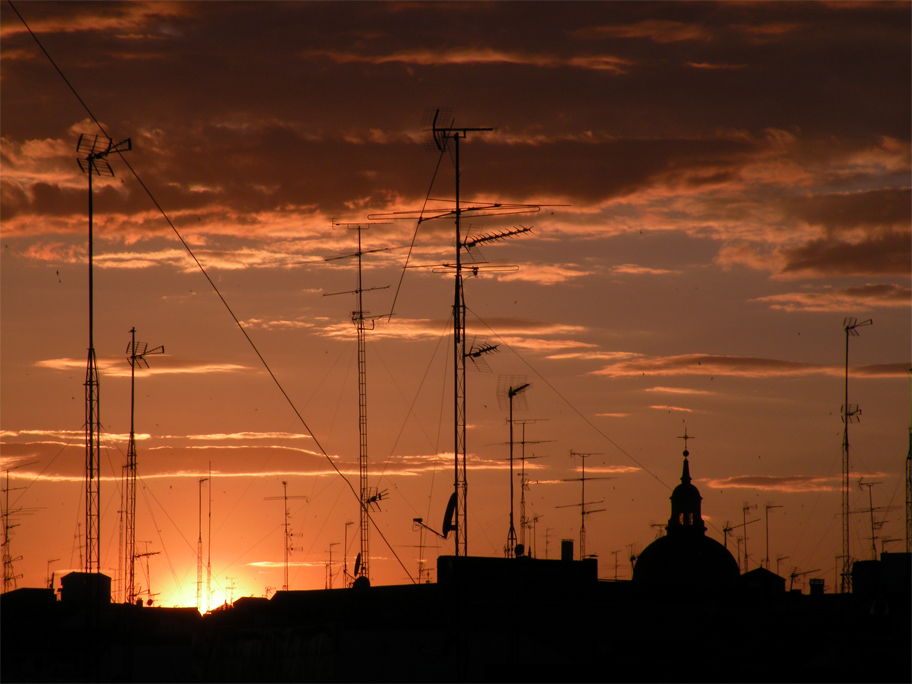 It’s a Sunday afternoon in Madrid and we are standing in the central square known as the Puerta del Sol (“Gate of the Sun”), kilometre zero of Spanish roads and the pulsating heart of the capital. Home to great collective events like the city’s New Year celebrations, it is now centre stage for a spontaneous nationwide protest movement dubbed “15-M”.

For the past week thousands of disenchanted young people have been camping out on its flagstones, calling for an end to corruption and a reform of the two-party system. In spite of its hedonistic way of life it’s no secret that Spain is in pretty bad shape. The country faces the highest rate of unemployment in Europe (just over 21%), and despite being armed with more qualifications than ever before, a staggering 45% of its young people have been left without work.

At Sol the banners are draped across facades and rooftops, from the wall of scaffolding to the undulating glass entrance of the commuter train station. Between the fountains and historic sculptures a ramshackle tent city has sprung up to house the protesters. But the mood here is anything but tense.

Under the tarpaulin it’s as though a fair is taking place; musicians strum on their guitars beside colourful cardboard signs, and those manning the booths seem to be wearing the same optimistic smile. When a fire engine drives past its occupants begin honking repeatedly with the windows rolled down. In the shadows I glimpse a thumbs up and the crowd lets out an enormous cheer. And then it hits me, this rolling wave of feeling that is both stirring and aspirational. With an atmosphere as festive as this, how could any bystander not get drawn into the excitement? 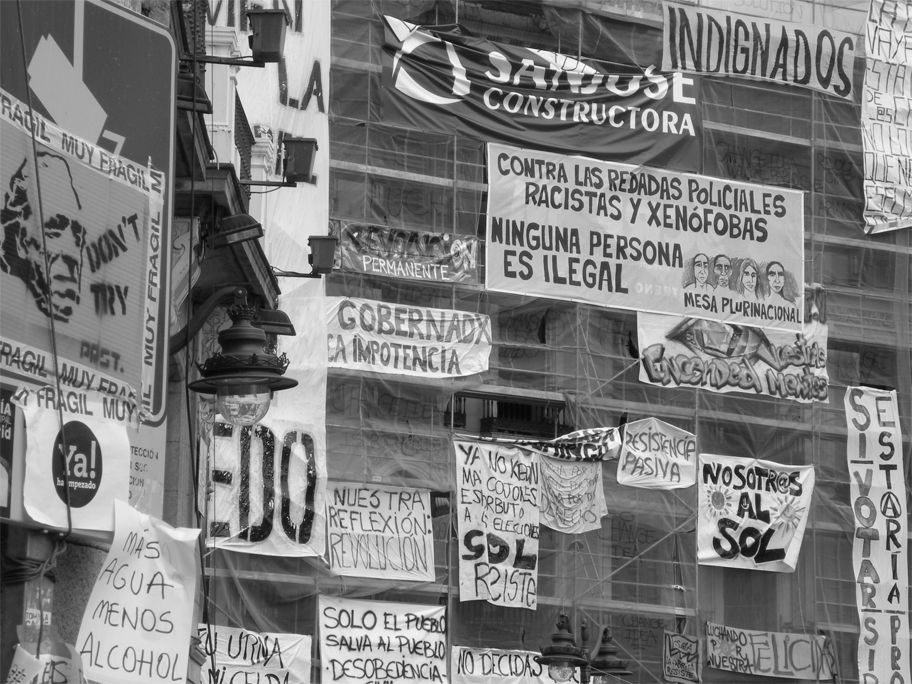 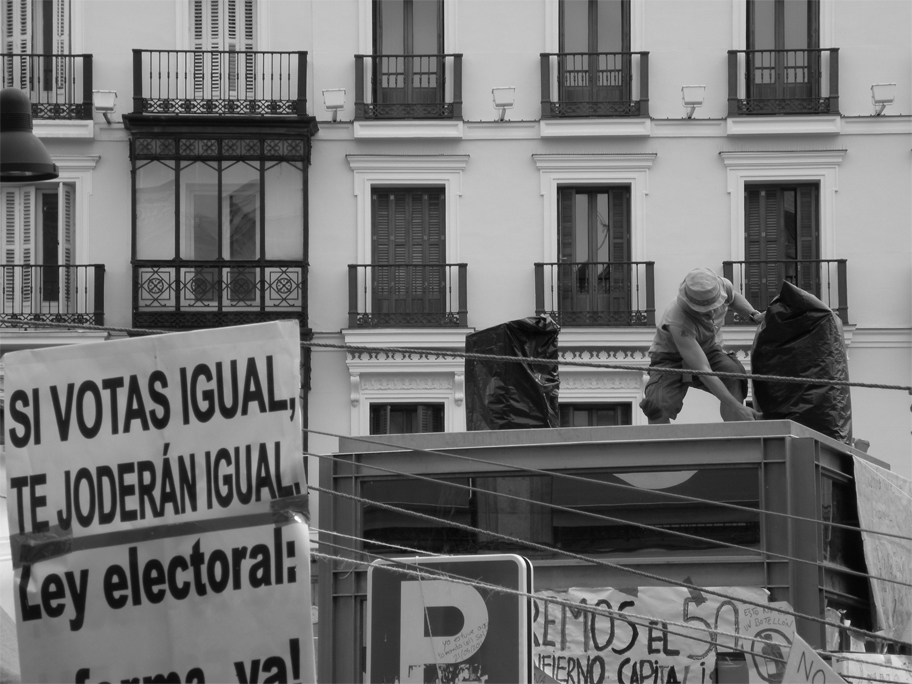 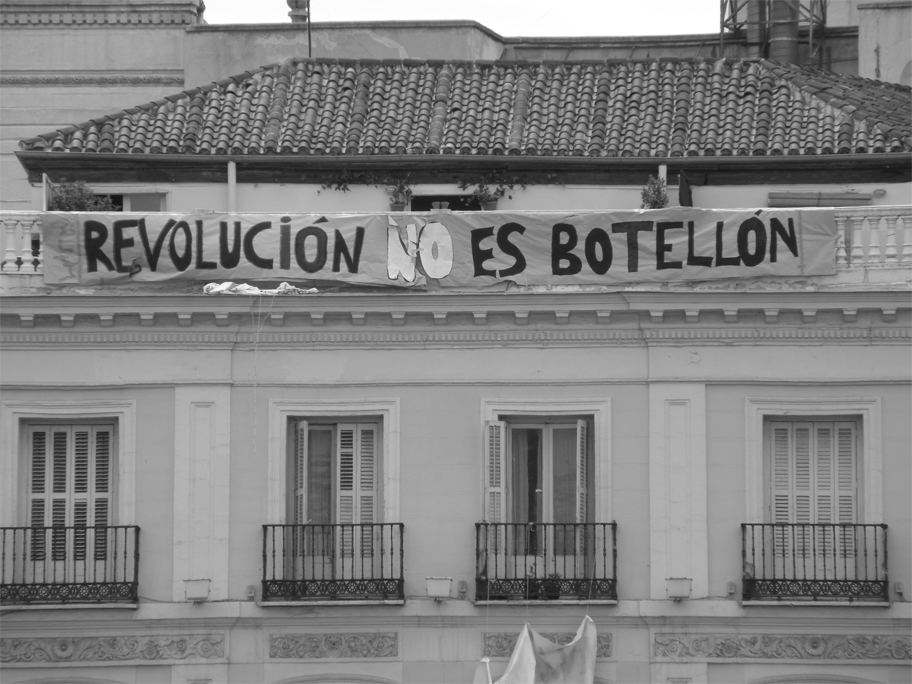 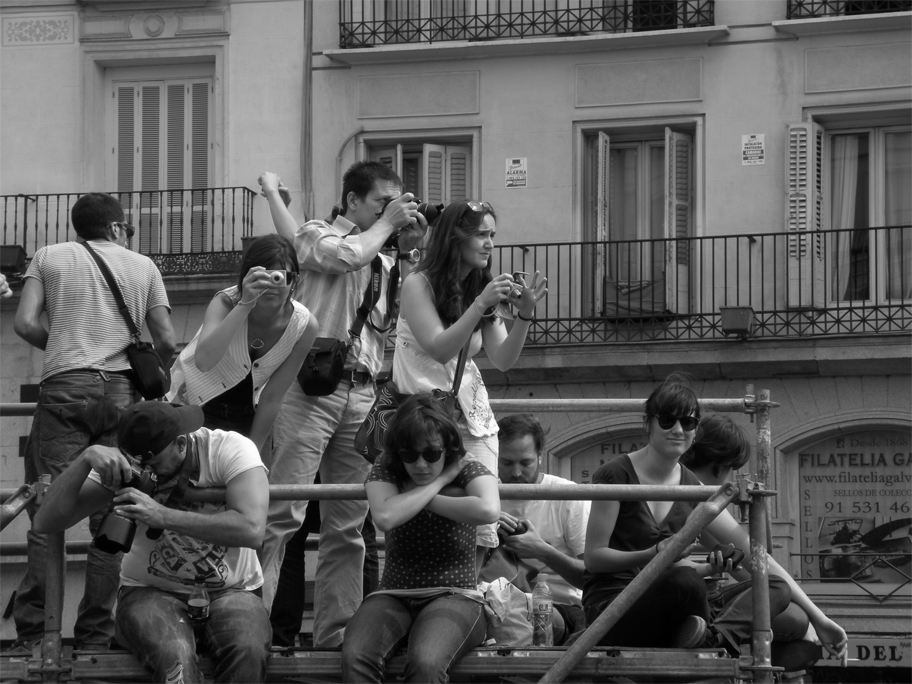 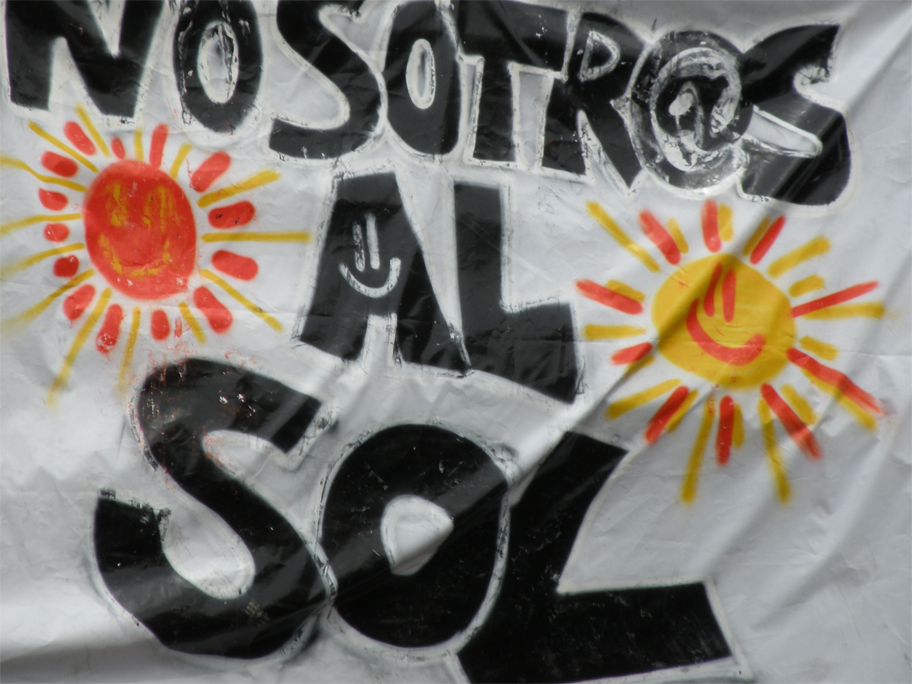