On Location in Cádiz

Imagine that you’re the director of an upcoming James Bond film. At your disposal you have a star-studded cast, an Oscar-winning Bond Girl and a ridiculous amount of futuristic gadgets. Everything seems to be going well until you hit a snag: among the list of filming locations there is one country that isn’t going to warm to the whole idea; especially not when it involves the antics of a gun-toting (albeit fictional) Western spy.

Enter the Spanish city of Cádiz. Resting lazily by the cobalt-blue waters of the Atlantic, this southern beauty exudes an unhurried, tropical charm. In its possession the city has a string of white sand beaches, gaily-painted buildings and old stone forts, not to mention a sweeping promenade lined with majestic palm trees. Even if they are quite literally an ocean apart, it doesn’t take long to notice the striking resemblance between the two locales. Just throw in some tanned extras and vintage cars, and voilà, you have the perfect stand-in for Havana. 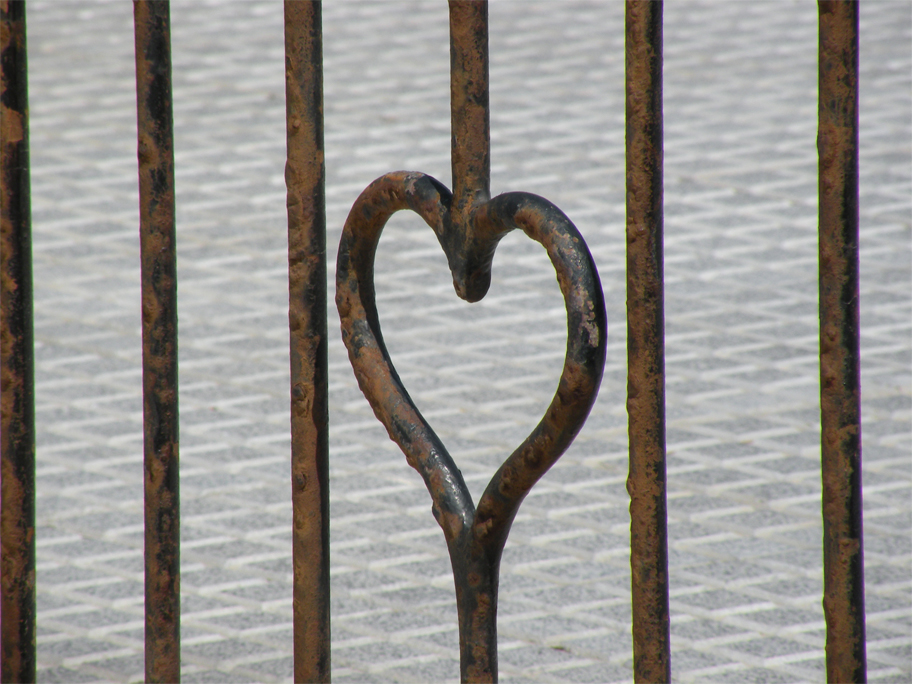 Good looks aside, Cádiz has a rich history that goes back more than 3000 years. It was the Phoenicians who founded Gadir as a trading post in the 11th century BC, a date that makes it one of the oldest cities in Western Europe. In their footsteps came the Greeks, the Carthaginians and the Romans, all of whom left their own imprint on the burgeoning metropolis.

While the city gained newfound importance during the Age of Exploration, the period witnessed numerous attacks conducted by Spain’s jealous enemies – most notably the English, who launched a devastating raid with the likes of Sir Francis Drake in 1587. Barely ten years later another English force would raze the entire city to the ground.

In spite of all these turbulent events, Cádiz continued to prosper. In the 18th century the base of all Spanish trade with the Americas was moved downriver from Seville, sparking the onset of a Golden Age and the construction of a new cathedral, its lower half hewn out of the “oyster rock” so typical of the region. 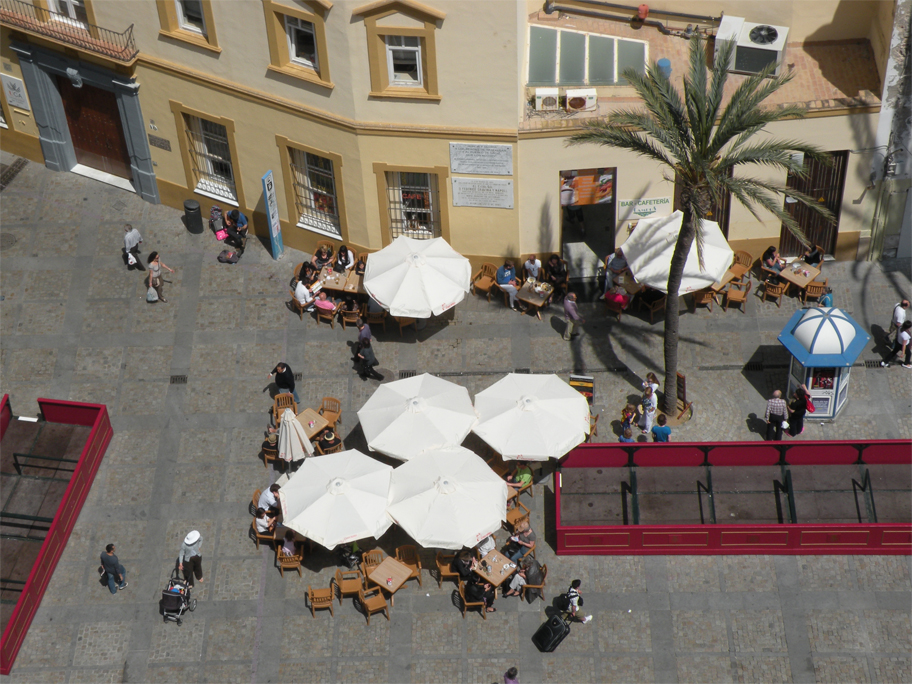 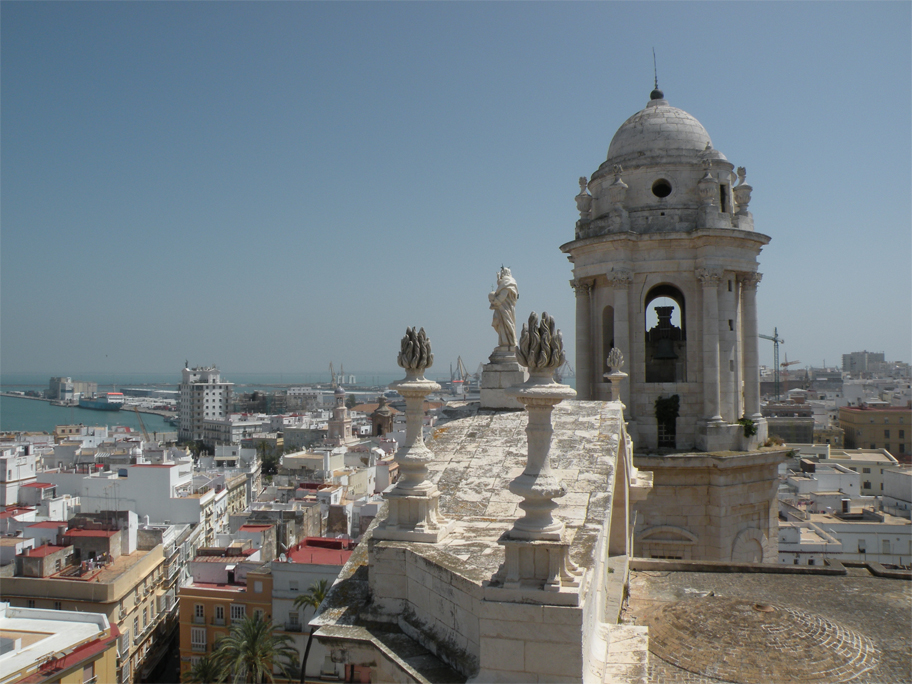 And speaking of seafood, Cádiz is never one to disappoint. When it comes to the pescado frito (fried fish) of Andalusia, this city is practically unbeatable for the freshness of its produce. After climbing up one of the cathedral’s bell towers there is nothing like a deep-fried feast at the Freiduría Las Flores II, a down-to-earth seafood bar on the next plaza.

Taking our seats by an upper floor window, we ordered a plate of tortillitas de camarones, crispy pancakes lined with miniature shrimp, parsley and spring onion. Rounding out the role-call of local specialties, our table was soon swamped with tender cuts of chocos (cuttlefish), meaty prawns and the mysterious but delicious cazón, beautifully seasoned with herbs and vinegar. Needless to say, everything was washed down with an ice-cold glass of tinto de verano. 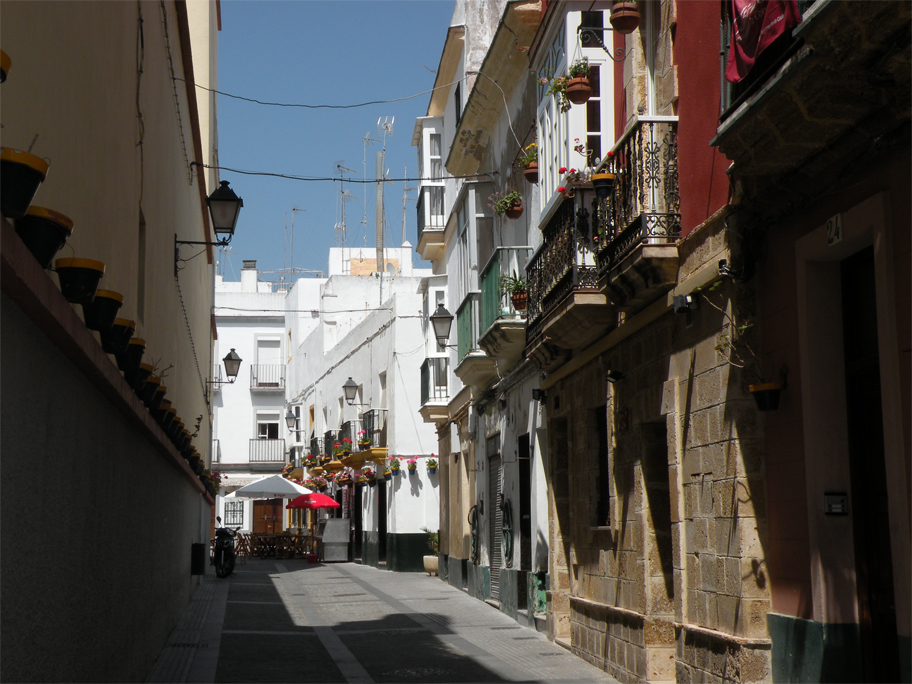 Loaded up on calorific portions of pescado frito, it was time to head out into the afternoon sunshine for a bit of downtime.  Even if I hadn’t brought my swimming trunks there was no way I could miss La Caleta, the smallest of the city’s beaches but its most well-loved. Immortalised in paintings, songs and more recently, a slew of popular films, it is said to be the perfect vantage point for one of Spain’s most beautiful sunsets.

Although it does have its share of fine white sand and turquoise blue waters, La Caleta owes much of its appeal to its enviable location between the forts of Santa Caterina and San Sebastián – the latter tethered to the city by a winding causeway. Make sure you duck into Santa Caterina for a wander and a firsthand look at some colourful military history. 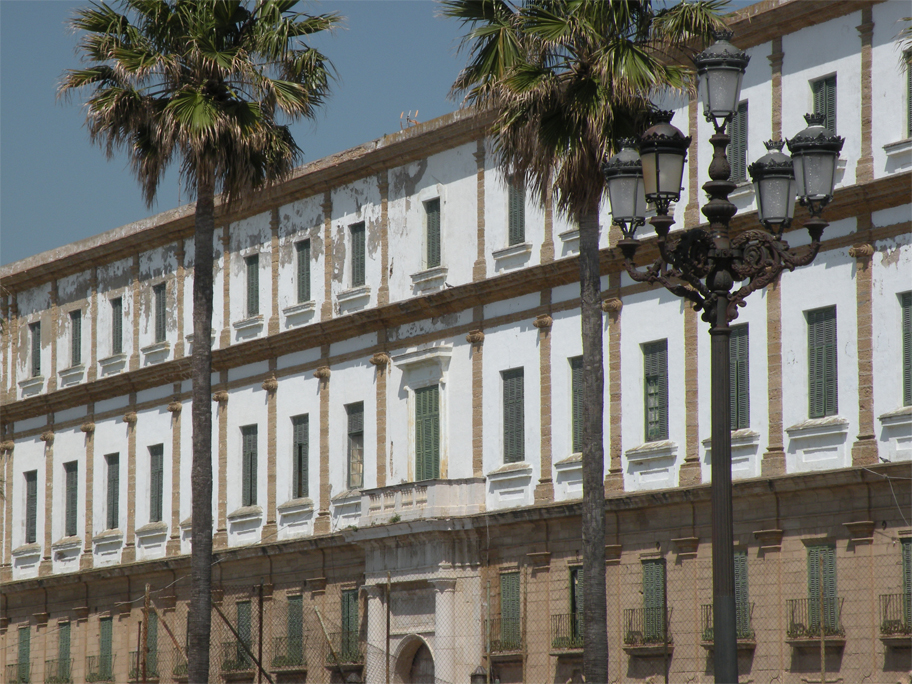 At the gate to Fort San Sebastián we stopped and peered out into the blue expanse of the bay, watching the boats and listening to the waves lapping gently below our feet. Like a James Bond character Cádiz will seduce you with her charm, her arresting beauty and the ravishing smiles of her heart-warming citizens. Just don’t say I didn’t warn you.