Centuries before the British took control of Hong Kong, a small outpost was built on the shores of its deepwater harbour to manage the local salt trade. Eventually this evolved into a coastal fort on Kowloon, the peninsula of “Nine Dragons”. Then, in the mid-19th century, came the disastrous First Opium War. Hong Kong Island was ceded to the British in perpetuity, and China’s Qing Dynasty authorities responded by rolling out a set of improvements at their Kowloon fort, with a defensive wall to keep the foreigners at bay.

For the next 50 years the Qing garrison watched silently as the nascent colony grew across the harbour. In 1898 China agreed to give Britain a 99-year lease on the New Territories, expanding Hong Kong’s land area by almost ten times, but in a strange turn of events the fortress – known as Kowloon Walled City – was excluded from the treaty.

Although it remained a Chinese enclave, British troops arrived the following year to claim ownership of the settlement. Few changes were made until 1933, when plans were announced to demolish its decaying buildings and rehouse the 400-odd squatters who lived there. In World War II the wall itself was dismantled by the occupying Japanese to extend the runway at nearby Kai Tak Airport.

After the war, the Walled City experienced a population surge as refugees flooded in from mainland China. In the place of the old stone wall a stack of squatters’ homes began to mushroom, dictated only by the 14-storey height restriction imposed to allow aircraft a clear landing at Kai Tak. Neither the British colonial government nor the Chinese administration claimed sovereignty over the enclave, leaving the Walled City as a virtual no man’s land.

Because of its unresolved legal status policemen stayed well away for a time, and soon enough, drug lords and organised crime syndicates moved in. Between the 1950s and 1970s, Kowloon Walled City was home to a network of brothels, gambling parlours and opium dens, all controlled by the triads. Such was the settlement’s reputation for lawlessness that fearful outsiders even termed it Hak Nam, the “City of Darkness”.

For the permanent residents the name had less to do with these vices – instead it was a telling description of the Walled City’s physical attributes. Sunlight hardly ever reached the ground; the narrow, chasm-like streets were lit by fluorescent lamps some 24 hours a day. Eight municipal pipes supplied the entire enclave with running water, and the government also provided electricity and mail delivery, but everything else was unregulated. Secret mini-factories operated here, as did a slew of unlicensed doctors and dentists. Here too, was a distinct lack of sanitation – rubbish was simply tossed out of windows, or left to accumulate in heaps on rooftops and in the gaps between buildings.

At its peak in the 1980s, the Walled City housed some 33,000 residents inside an area of just 6.5 acres. Its maze of alleyways and interconnected buildings was crowned by a forest of antennae, the peace constantly shattered by the jumbo jets screaming just overhead, barely 500 metres from the now heavily-congested international airport.

As the handover of Hong Kong loomed over the horizon, the British and Chinese governments came to an agreement on the status of the tiny enclave. The Walled City was soon torn down, its residents resettled in government housing estates, and the land swept clean of rubble. Since 1995 Hong Kong’s most notorious neighbourhood has been replaced with a beautiful park, dotted with remnants of a colourful past. The sole survivor of the demolition is a renovated Yamen building, the original military office that was converted into an almshouse and then a social centre for the city’s burgeoning population.

Scale model of the Walled City 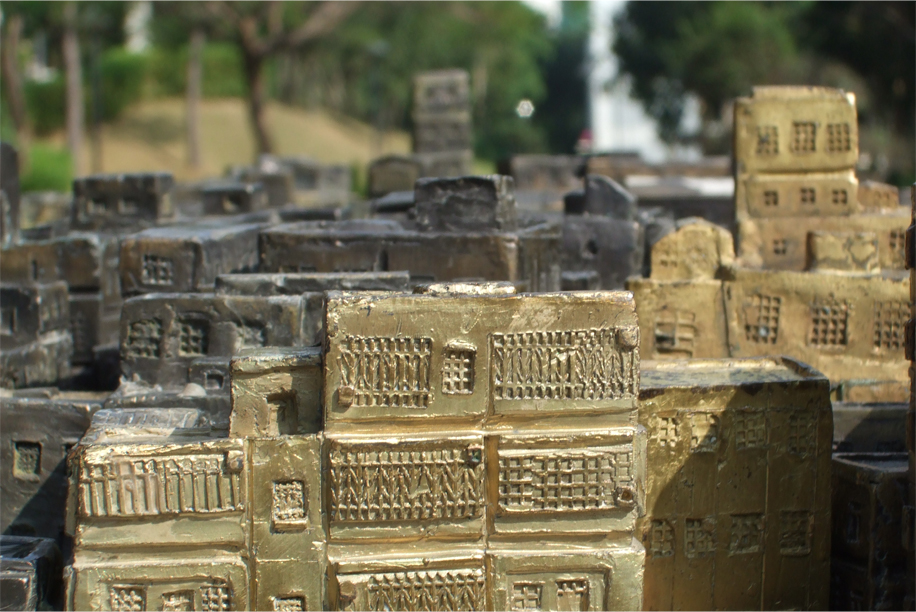 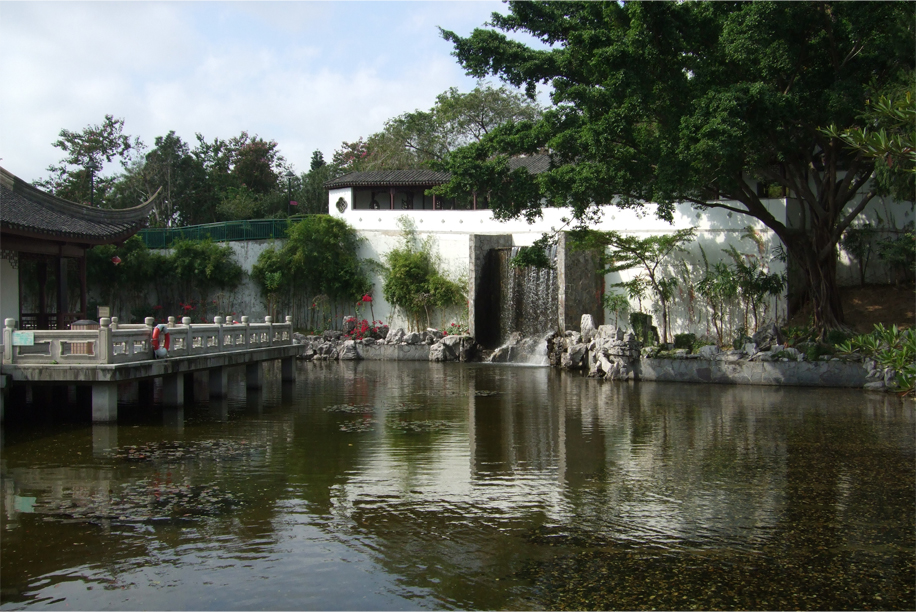 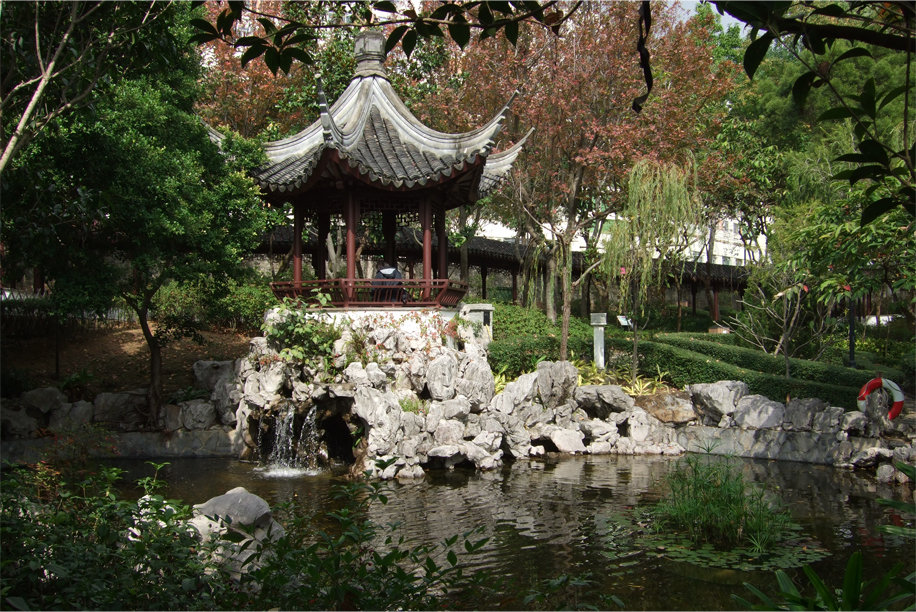