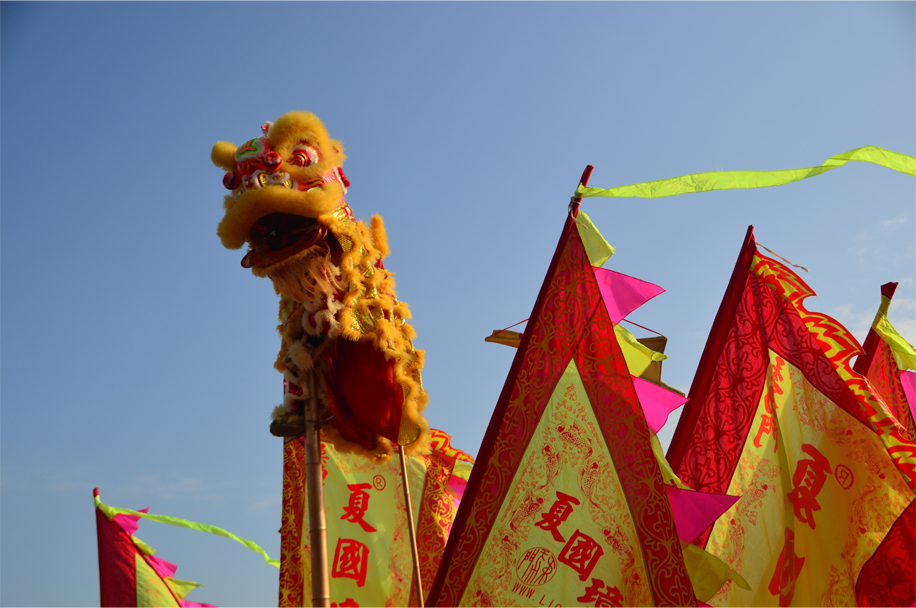 Hong Kong has a penchant for weird and wonderful superlatives, including the largest origami mosaic, most expensive bathroom, loudest scream by an indoor crowd, and tallest revolving door.

On the first day of the New Year I went down to see the lion and dragon dances on the waterfront. Now a well-established annual parade, this year’s edition was also a bid to break the world record for the longest parade of Chinese unicorn (Qilin in Mandarin, Keilun in Cantonese). Two years ago the same event made it into the Guinness Book of World Records for the largest ever lion dance display, with no less than 1,111 lions taking part.

Although I did see a lot of fearsome Qilin masks – perhaps a little ironic given their reputation as quiet, all-benevolent beings – the highlight was still the lions decked out in a host of vivid colours. My favourites were two who had been precariously balanced on tall bamboo poles, unfurling scrolls of well-wishes with a blast of confetti. All were accompanied by waving flags and the furious banging of cymbals, gongs and drums. 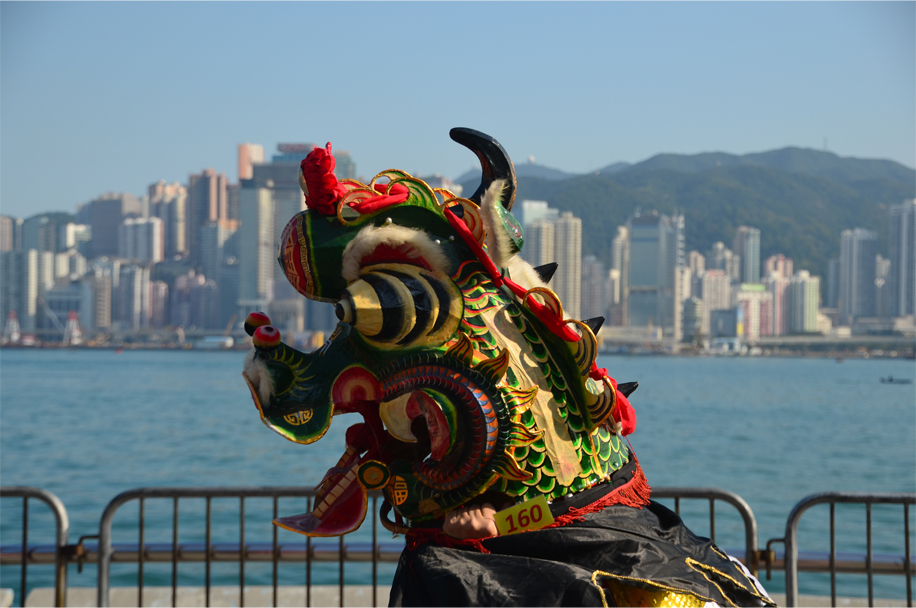 A Qilin walks by 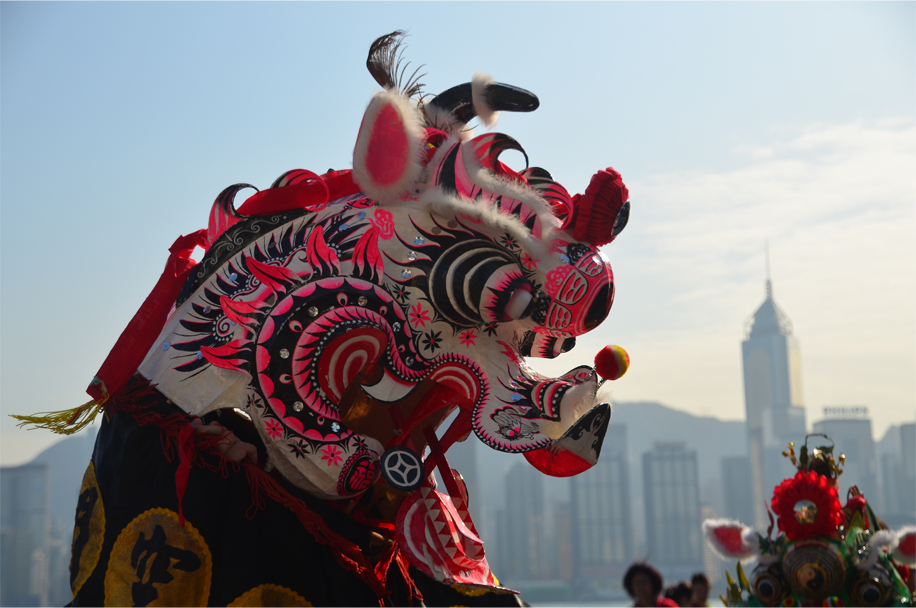 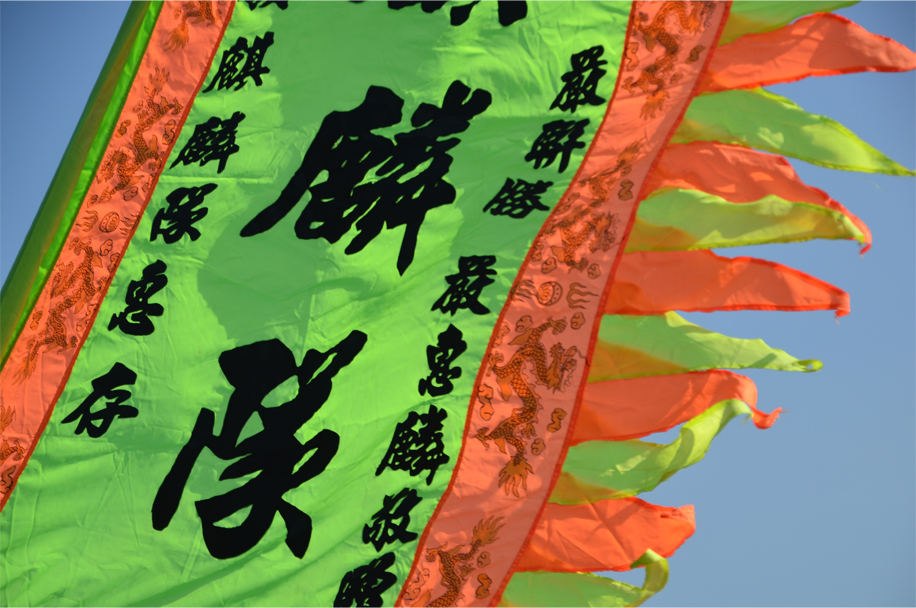 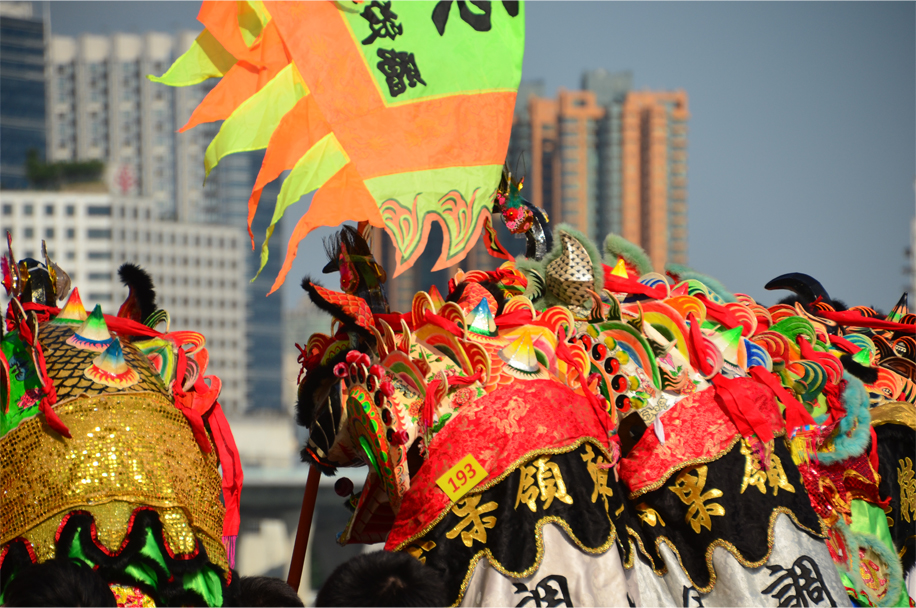 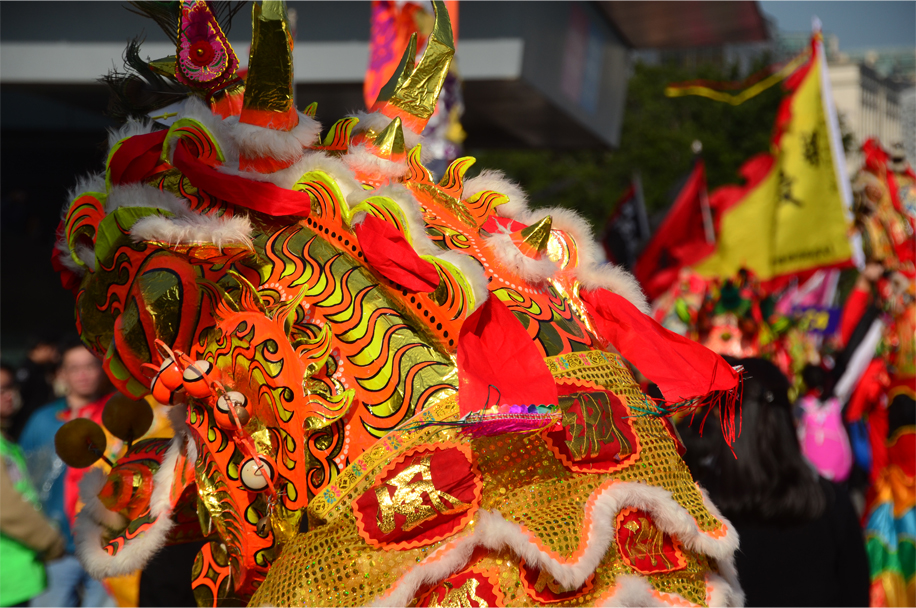 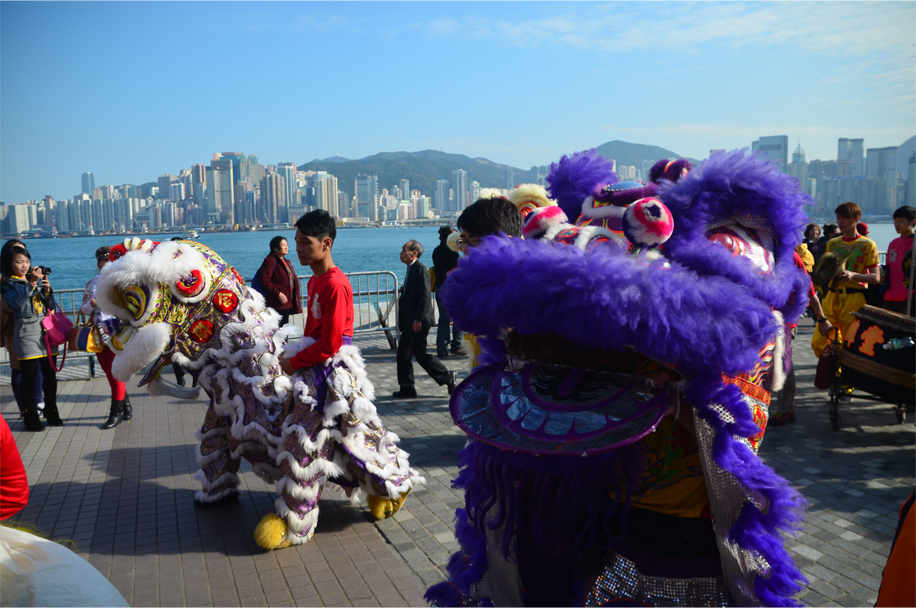 A New Year’s wish for vigour and spirit 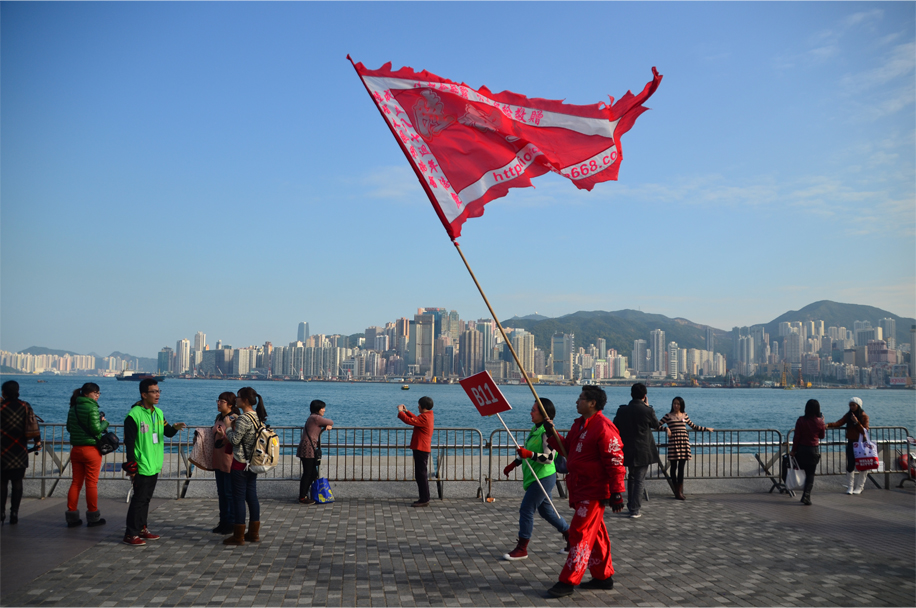 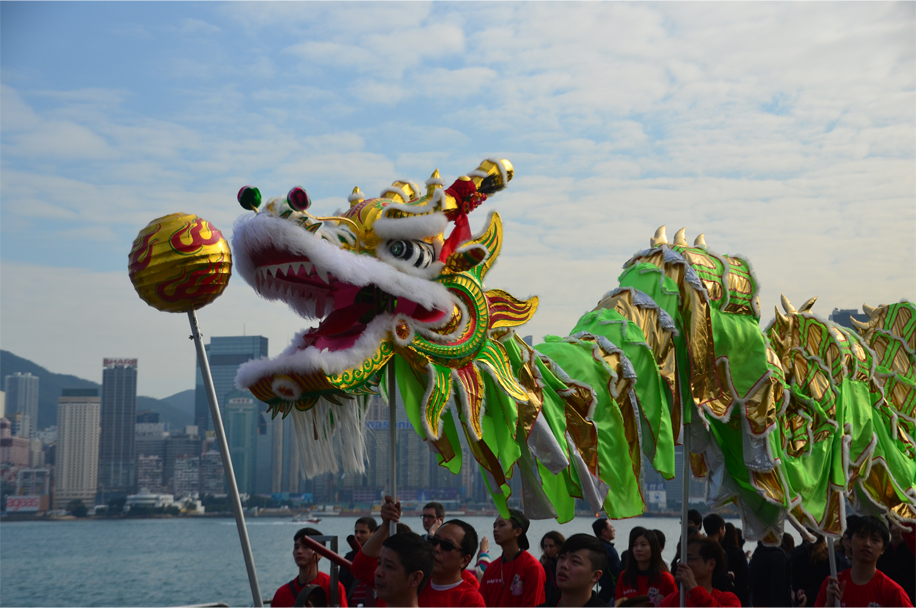 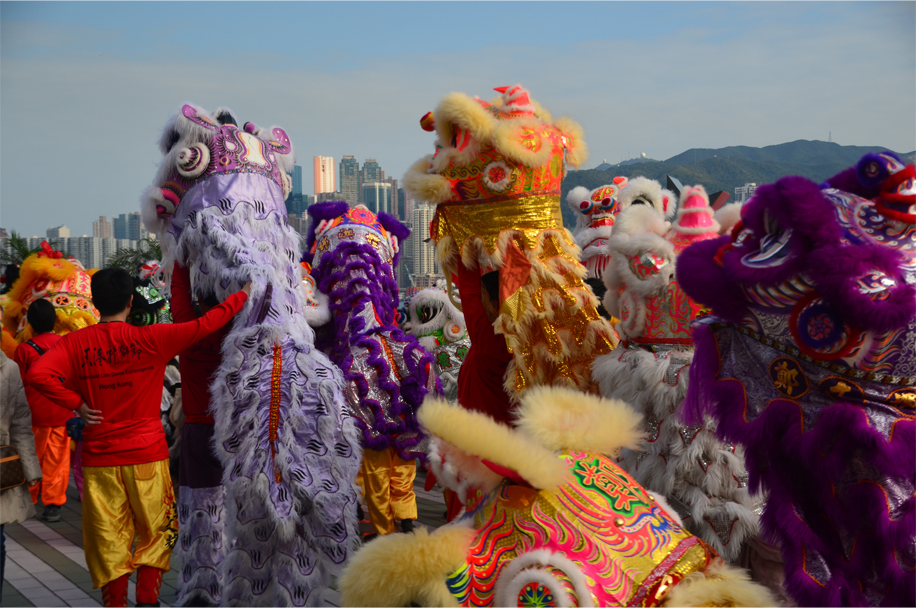 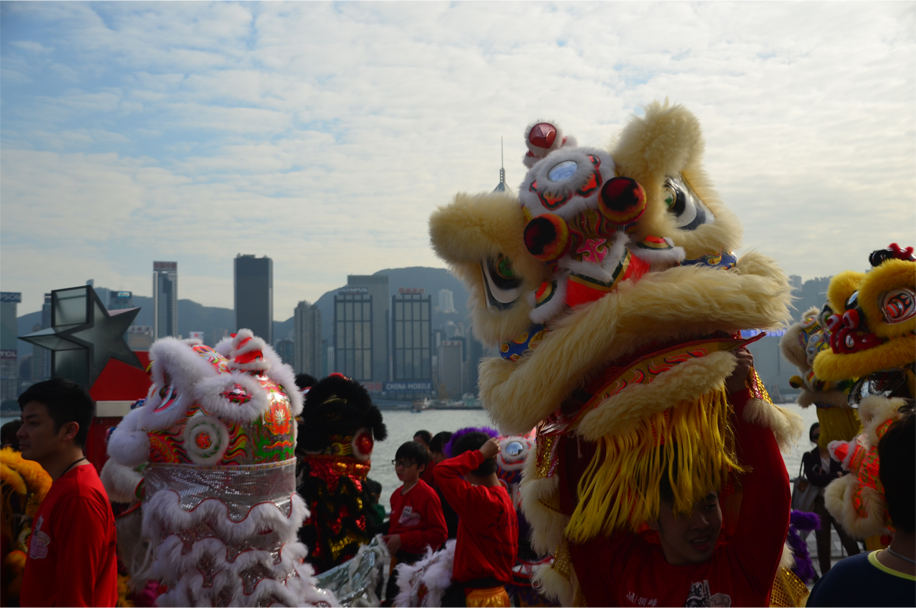