The house of memories 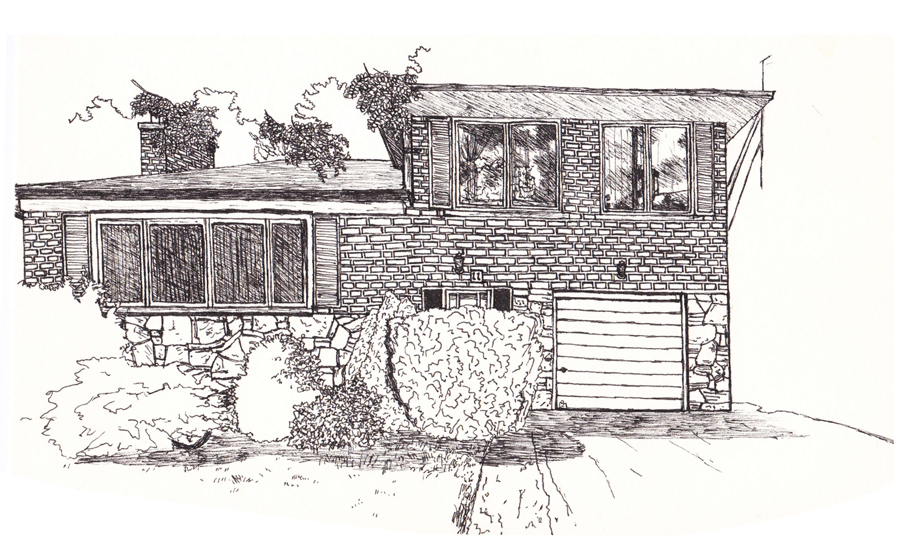 Darkness had fallen and driving snow whipped against the windshield as my uncle drove down a familiar stretch of Highway 401 from the airport. Less than 10 hours earlier I had stood waiting at a boarding gate in Heathrow, bound not for the warm temperatures of subtropical Hong Kong, but the winter chill of Toronto. It was December 2008 and death had struck the family two weeks before Christmas.

We turned down Bayview Avenue and into the silent suburban street, headlights seeking the driveway at Number 11. Once inside I caught a whiff of the same, comforting smell that had greeted me on countless summer vacations, and then grandma arrived, sweeping down the stairs before locking me in a tight, anguished embrace. “Grandpa was looking forward to seeing you!” she sobbed. I had planned a visit the following April, but already I had come too late.

We trailed up the carpeted steps, past the lacquered screen and hardwood furniture with my suitcase in tow. Behind the round dining table, just as I had remembered from my childhood, hung the enigmatic portrait of a well-dressed, moustachioed man. Great grandfather had emigrated to Brooklyn from a remote village in Toisan, amid the impoverished countryside west of Macau. Within the family, there was quiet speculation as to his exact ancestral origins: he possessed deep-set eyes, a strong brow and aquiline nose, the latter two traits passed down to grandpa, my father and his two brothers.

Grandma quivered, tears welling up in her eyes. “Your grandfather never spent a single night in hospital,” she choked, repeatedly blaming herself for the accident. Awakened from an afternoon nap, grandpa had lost balance, tumbling over the upper floor railing while she had been away. By the time the paramedics arrived, he was already beyond saving.

A few days later my brother and I joined our uncles and some of grandpa’s closest friends, hauling the immense weight of his solid maple casket on our shoulders. We gathered on the snow-covered ground, watching as it was lowered into a chosen plot beneath the empty branches of a maple tree, as grandma kept her distance, silently dabbing her eyes with a tissue. In time she would remind us of the significance behind each element: the maple stood for Canada, their adopted home, and the choice of burial site befitted grandpa’s given name, “shue jong”, the characters for “tree” and “stately”.

Grandpa, or Yeh Yeh as we called him, was a family strongman who spoke little in our presence. We feared him as children, a solemn, imposing figure with a booming voice. But in the days and months following his passing, bits and pieces gradually unravelled to reveal a man I never knew. Grandma would speak in detail about past events, sharing the photo albums that grandpa himself had meticulously compiled since the 1950s. 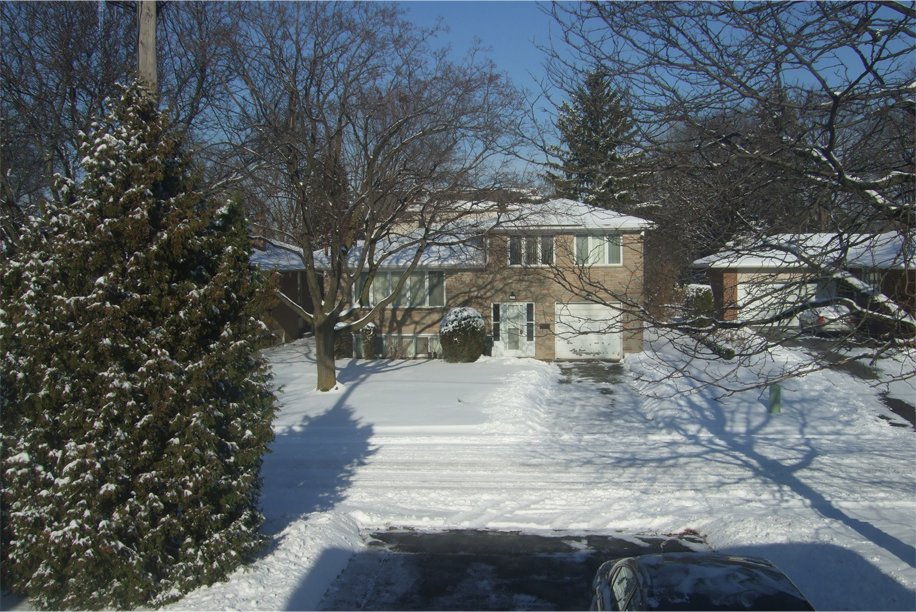 View from the upper floor, December 2008

For as long as I could remember, I associated my grandparents with the house they had lived in since retiring in the early eighties. Before they moved in, second uncle the architect designed an extension, complete with an en-suite guest bedroom on the ground floor, and a beautiful sunroom that spun off into the backyard. A few steps down from the main level, it was an inviting, light-filled space populated with sofas, armchairs, and a glass coffee table laden with the latest issues of National Geographic. The TV sat in the corner, while family portraits and plants took pride of place on a pair of decorative drawers and along a full-length countertop. Beneath the high ceiling, a collection of treasured vases and sculptures were placed in an alcove that ran the entire perimeter of the room.

Another favourite was the snug kitchen with two folding doors, where grandma would often be busy preparing a tasty broth of carrot, pork and black moss, ideal for creating “poh veh”, the Shanghainese term describing a perfect marriage of soup and rice. Breakfast was often a memorable affair: yoghurt, a generous dose of maple syrup doused on a buttered blueberry waffle, soft-boiled eggs, and orange juice in mugs bought from Florida, emblazoned with our names over a Space Shuttle launch.

I didn’t know it then, but April 2009 was the last time I set foot in the tan-coloured house that held so many of my fondest childhood memories. Eventually it was deemed too large for one person to live in, and grandma, albeit reluctantly, moved to an apartment farther out in the suburbs. The property was sold to another Asian immigrant family, who had it renovated and divided into several flats. Grandma recounted how friends had asked if she ever returned to see the old house, her dream home for nearly 30 years. “Why would I go back?” she tells me. “It’s no longer the same.”

Note: Sadly, I have no recent photographs of the exterior or interior of my grandparents’ former home. The title sketch was from the summer of 2002, and in the years since my grandmother moved away, it has acquired a newfound significance. Special thanks go to Madhu of The Urge To Wander, who was a key inspiration with the poignant accounts of her own family history.