A Visit to the Embassy 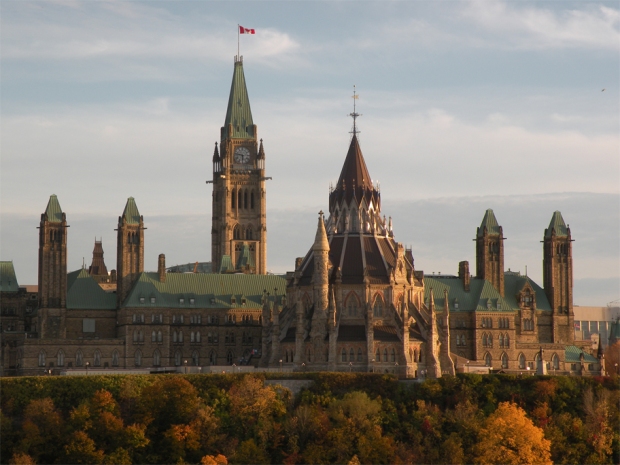 As a young immigration officer flipped through my passport at Bhutan’s Paro International Airport last month, I saw a look of mild confusion cross her face. Eventually she turned to the last remaining blank page and held it up for me to see. “Can I stamp here?” she shyly asked. “Yes, of course,” I smiled. With that, there would be just enough room for the entry and exit stamps I’d be given on a work trip to the Philippines a couple weeks later. My passport had simply run out of space.

Back in Jakarta, I joined a steady stream of commuters walking down Jalan Sudirman at 8:30 on a Monday morning, perspiring in the tropical humidity as the rush-hour traffic inched past. It was obvious that I had to renew my passport in time for Christmas. In contrast to its American counterpart, which occupies a newly built glass-and-steel building in a heavily fortified compound right by City Hall, the Canadian embassy is tucked away inside a fairly unassuming office block (built in the mid-eighties) in the financial district. Set far back from the main road, the building is adorned with the logo of a multinational bank; the average person walking past would hardly know that the same structure also housed the Canadian, Irish, Panamanian, and Ecuadorian embassies.

Inside, two security guards politely relieved me of my smartphone, keeping it in a small metal cupboard under lock and key. The sudden absence of electronics forced me to pay more attention to my immediate surroundings: a large, windowless reception area that felt both intimate and welcoming. Before a wood-paneled wall, the Canadian and Indonesian flags – both in matching red and white colors – flanked a moody oil painting. This appeared to be an aerial depiction of the Arctic tundra, a flat, tan-colored landscape braided with wild rivers, resplendent beneath skies darkened by a clump of gray cloud.

I sidestepped around the thickly padded sofas and armchairs to read a heavy, encyclopedia-thick guestbook that looked so old it could almost belong in a museum. Above it, the shelves were stocked with several copies of imported magazines like Canadian Geographic, a publication my current boss once worked for. I was the only one waiting for an appointment, and the solitude and quietness of it all made the Canadian consulate in Hong Kong look like a madhouse in comparison.

But the trait that struck me most about the embassy was not something that could be seen or heard. Of all places, this waiting room was perfumed with an immediately comforting smell, a familiar scent that took me right back to the many childhood summers I had spent in Toronto. And yet, it was a fragrance I couldn’t quite put my finger on. Was it the cozy suburban house my late grandparents had lived in following granddad’s retirement, or the bookstore we often frequented at the nearby mall? No, it couldn’t have been Chapters – this was something homier.

The aroma turned out to be of a specific room in my grandparents’ now-demolished Toronto home – and my favorite room of all. This was the family lounge designed by Second Uncle the architect, a lovely, neutral-toned space where natural light flooded in from the backyard. I used to while away entire afternoons here leafing through copies of National Geographic (my grandmother meticulously kept almost every issue going back to 1984 in her basement) and after dinner, we’d watch documentaries on Discovery and The History Channel. The lounge was so comfortable that my brother and I once saw both our grandparents – and our dad – asleep in the armchairs as scenes from World War II played out on TV.

Despite growing up with such close ties to Toronto, I am a reluctant Canadian. Not because I don’t love or cherish or identify with the country of my citizenship, but because I don’t think I am actually worthy of being called one – perhaps the sole Canadian characteristic I have is, as Bama has pointed out from time to time, a penchant for saying “sorry” a little too often. You see, I was born abroad to a naturalized citizen, and have always lived outside Canada. Unlike my siblings, I didn’t go to college in Montréal (or anywhere else in the country for that matter). Yes, there were month-long sojourns practically every summer in Toronto (and later Vancouver), but I was fundamentally different from my true-blue Canadian cousins. I envied the stability they had in belonging to one place and one country, instead of a complicated upbringing that left me struggling to answer the simple question “where are you from?”

More than anyone else, it was my late grandmother, a retired schoolteacher we affectionately called Mah Mah, who reminded us that we were indeed Canadian. I remember how proud she was whenever Canada topped the global rankings for quality of life. Toronto, she’d tell me, was the most multicultural place on earth. I distinctly recall poring over a laminated cartoon map spread across the coffee table, clearly labeled with the names of each Canadian province and territory. We’d also learn the capitals by heart. When Nunavut was carved out of the Northwest Territories in 1999, we had another name to memorize: Iqaluit.

Mah Mah taught us that being Canadian also meant having a sense of social responsibility and a respect for nature. Years before recycling became commonplace in Hong Kong, she introduced my siblings and I to the concept at her home. We learned to sort garbage into glass and paper and plastics; a reused yogurt container – which often held banana or orange peels – was the first stop for biodegradable kitchen waste. She’d show us the composting bin in her backyard, clearly enunciating with a Shanghainese lilt, “We have to be environmentally KANG-scious.”

My most recent visit to Canada was seven years ago, in the autumn of 2011. Impending magazine deadlines – and a last-minute assignment in Malaysia – meant that I couldn’t join my family as they flew to Toronto for a cousin’s recent wedding. I also missed Mah Mah’s funeral two summers ago, thanks to a work visa application process that effectively barred me from leaving Indonesia. Instead I wrote a eulogy to be read by my brother, thanking her for the color she had breathed into our childhoods, the lessons she had taught us in those formative years, and the ways she had inspired me as a master storyteller.

During my last phone conversation with Mah Mah, less than two months before her sudden passing, she asked if people still bathed in the rivers of Jakarta. She had witnessed that on her first and only visit, in 1978, to attend the grand opening of the Mandarin Oriental hotel with my grandfather. Four decades on, the hotel still overlooks the city’s most photographed roundabout, and I often think of Mah Mah whenever I pass by. “Don’t forget to register with the Canadian embassy,” she told me at the time. In the embassy’s reception area, I lingered in front of a sky-blue poster that echoed those words in English and French. It felt as though Mah Mah was gently reminding me once again, in her own subtle way, from afar. ◊

Tags: Canada, Memories, Thoughts
From: OTHER STORIES
← The Chocolate Queen of the Philippines
Lost in Buriram, Northeast Thailand →
23 Comments Post a comment