The headline was typical of so many articles shared on Facebook; it employed superlatives and throwaway adjectives, enticing readers with the promise of revealing Asia’s secret destinations.

50 Most Stunning Lesser-Known Places In Asia You’d Love To Go, it shouted.

Curious, I clicked on the link. It immediately took me to a website buried in similar lists: “World’s 10 Best Destinations To Travel Alone”; “The Ultimate Wanderlist: 60 Cities To Visit Before You Die”; “35 Most Amazing Roads In The World You Should Drive In Your Lifetime”.

These are mere distractions that, in most cases, should not be taken seriously. At best they serve as tasters, bite-size introductions to places we might not have known or even thought of visiting. Although there is a niche for Top 10 lists, especially in a world where constant streams of information vie for our attention, I lament the proliferation of thoughtless ‘listicles’. On the editorial side they are usually not hard to produce; whether they are of actual value to the reader is another matter entirely.

Perhaps journalism school and two years in publishing have hardened my view, but I was infuriated by what I saw. For instance, I could not ignore the gaping hole in attribution: of its 50 photos, only one was credited to a Flickr account. The text itself was carelessly peppered with typos (“ancienct city”, “snorkling”, “Luang Praband”), grammatical errors and sweeping generalisations (including a Japanese island “known for it’s Mediterranean feel”).

Worse still, it was badly written and full of inaccuracies. An undulating landscape of tea fields and highland forest in Sri Lanka was described as a “dense region”, while the Indonesian island of Ambon was located in the “Moluccas seas”.

Ambon, for the record, is on the Banda Sea. The Molucca Sea lies roughly 250 km to the north, defining the area of water between the northeast arm of Sulawesi and Halmahera. In American terms, 250 km is about 155 miles, which doesn’t seem like much. But that is the difference between England and France, for Paris lies 255 km southeast of Hastings, a town on the south English coast.

Scanning the contents of the list, I noticed a fair number of choices ticked the obscurity box, although many appeared to be chosen at random. Others, like Ha Long Bay in Vietnam and Luang Prabang in Laos, were already well known to both luxury travellers and backpackers.

Dili, Timor-Leste’s capital, fell in the “completely random” category, and its inclusion left me scratching my head. I recognised the headland in the photo – but the two-line summary below it was bereft of useful information:

“The capital of Timor-Leste, Dili is the largest city of East Timor. It’s full of rich views like the one above.” 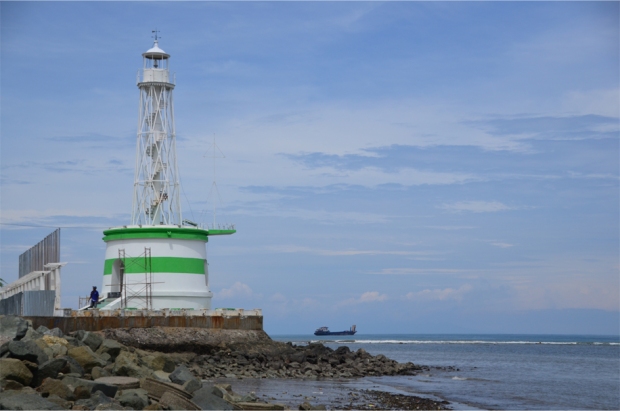 What is a “rich view”? Is it a vista that is valued at more than the amount spent on getting there? And perhaps more importantly, did the writer understand that Timor-Leste and East Timor were one and the same? Last December, I stood with a fellow travel blogger on Dili’s waterfront, admiring the view across the bay out to Atauro and the crocodile-shaped headland of Cape Fatucama. The city does have its share of beautiful vistas, but these do not appear at every turn. Carmen, a hotelier who had worked in Dili for over a decade, urged us to go beyond the dusty capital, for that was where the wild, rugged beauty of Timor-Leste could be found.

Maybe I am being a pedant, but I firmly believe the issue is not just one of semantics. In order to gain respect, bloggers, like any “conventional” travel writer, should also strive for accuracy and attention to detail. And even Top 50 lists can be done well. Instead of a lazy, half-hearted attempt, we can choose to write pieces that are properly researched and genuinely informative, akin to this annual interactive by the New York Times. Anything less would be a disservice to our audience. ◊

Tags: Thoughts, Travel, Travel writing
From: OTHER STORIES
← A return to Singapore
An ‘Umbrella Revolution’ →
43 Comments Post a comment