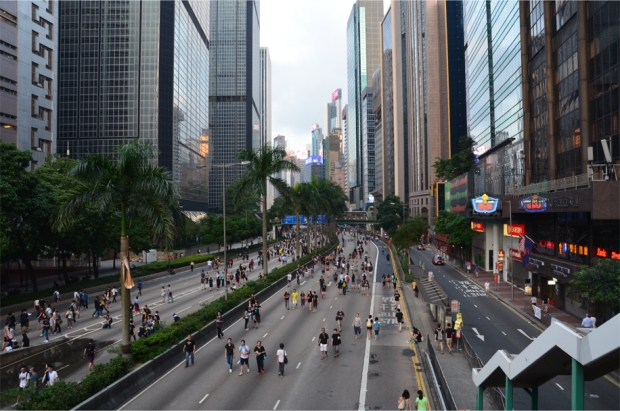 “Hong Kong has never opened this road before.”

Speaking to a friend, the man was clearly astonished as we strolled down the middle of a nine-lane highway. Around me I saw many smiling faces, belonging to both young and old, and families with small children. All had yellow ribbons pinned to their chests.

To my right a lone skateboarder tested the concrete, while two joggers ran to my left, taking full advantage of the empty avenue. Below a pedestrian overpass, an expat showed off his Chinese calligraphy, writing slogans and pasting them to a pillar in front of a cheering local crowd.

This movement, the ‘Umbrella Revolution’, has brought together people of different races and creeds in a way that other issues have not. Hong Kong’s ethnic minorities and expatriates have made multiple appearances on the scene, marching in with banners to rapturous applause. For two consecutive nights, several British traders bought $20,000 (US$2,600) worth of supplies to grill hot dogs for hungry protestors.

Signs in different languages adorn the protest venues: some are written in Indonesian, Spanish, French, German, even Italian, while passersby have left messages of support in Polish, Russian and Hindi. Down in Admiralty, where the police unleashed tear gas on Sunday night, the mood is even festive.

Yesterday was China’s National Day, and many Hong Kongers had turned out to give the PRC a unique birthday present. With the main roads on both sides of the harbour still occupied by pro-democracy demonstrators, the annual fireworks were wisely called off. Instead of a brazen red, yellow was the colour of choice among the people.

In the morning, district councillor Pamela Peck donned a full yellow outfit to the National Day reception. At the same event, fellow district councillor Paul Zimmerman had the audacity to unfurl a bright yellow umbrella as he stood in the audience, a yellow ribbon pinned to his suit. I saw him in person on a bridge at the main protest site, being interviewed on-camera by the BBC. He was still holding his yellow umbrella.

The way Beijing has responded to the movement illustrates its myopic vision. It quickly criticised the tens of thousands who committed “violence against the police”, although it was clear from video footage that it was quite the opposite. The students and leaders of this movement have been labelled as “dangerous radicals” and instruments of “foreign meddling” – testament to the blind nationalism employed by Xi Jinping’s government to divert attention away from more pressing domestic problems.

In mainland China, TV screens of foreign news outlets were blacked out during coverage of the protests. Instagram and Vine were blocked overnight, as was the website of Hong Kong’s leading English newspaper the South China Morning Post. Across various platforms of social media, even the terms “Hong Kong” have been censored.

Pro-Beijing media outlets (of which there are an unfortunate number) and politicians are now preaching stability “for the sake of economic growth”. But that is not the kind that has brought improvements to society as a whole. Here in Hong Kong, the widening gap between rich and poor is absolutely shocking. Elderly residents are forced to eke out a living by collecting cardboard and moving them to neighbourhood recycling centres. Some 300,000 children are under-nourished as their families cannot afford to give them three meals a day.

This March, Hong Kong topped a “crony capitalism index” created by The Economist, outstripping second-place Russia by over 200%. Those in the current Hong Kong government – and its puppet-masters in Beijing – are keen to protect the interests of the city’s mega-rich tycoons; it is telling that business leaders were summoned to Beijing while the protests escalated last weekend. Instead of concentrating all political and economic power in the hands of a few, what we are hoping for is a society that is more just and representative of its people.

Still, the ‘Umbrella Revolution’ has its detractors. Some are politically apathetic residents who bemoan the transport disruptions, while others blindly subscribe to Beijing’s version of events. But they forget that it is a tradition of open, transparent governance, and a respect for civil rights and freedoms, that have helped shape Hong Kong into what it is now. ◊ 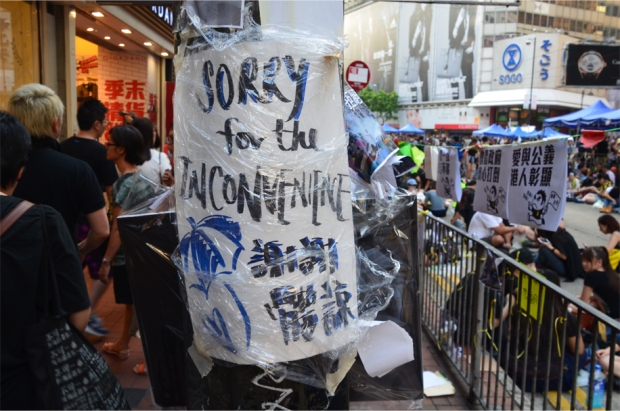 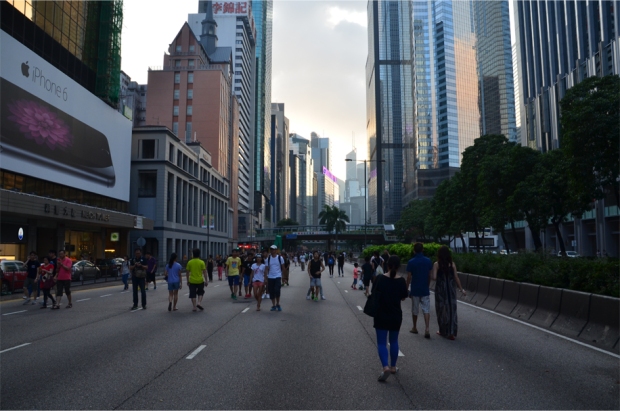 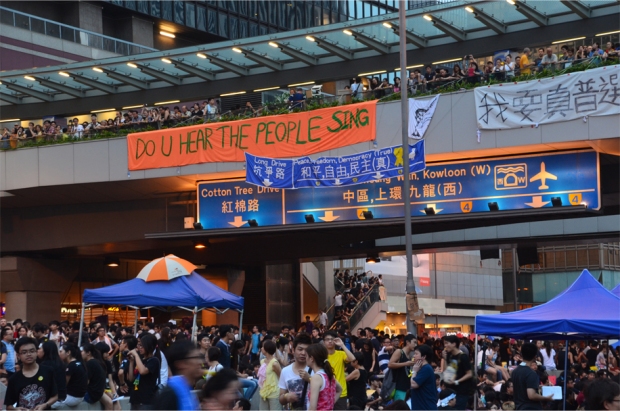 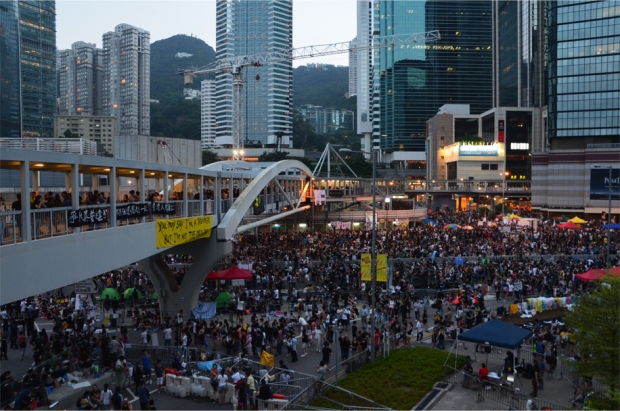 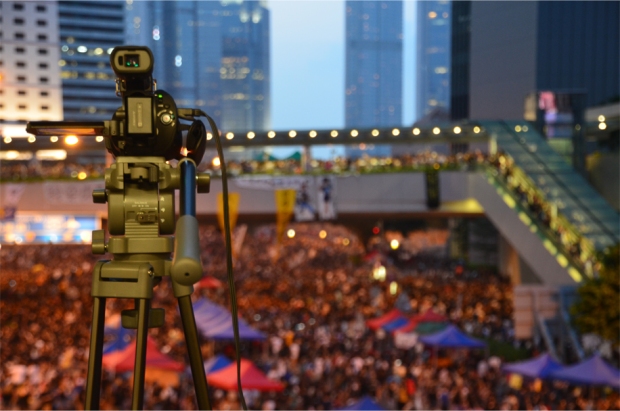 Eye on the crowd – journalists get the best views 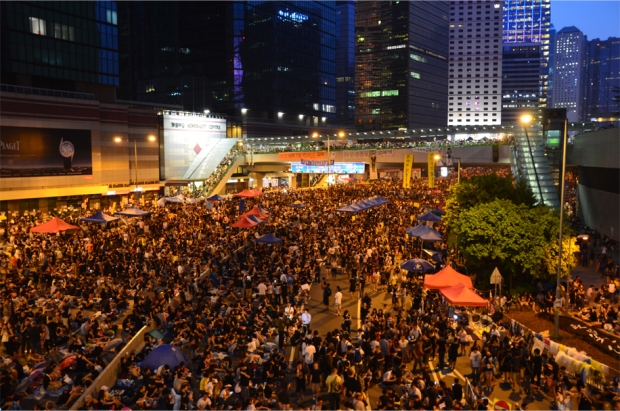 Where the tear gas was thrown 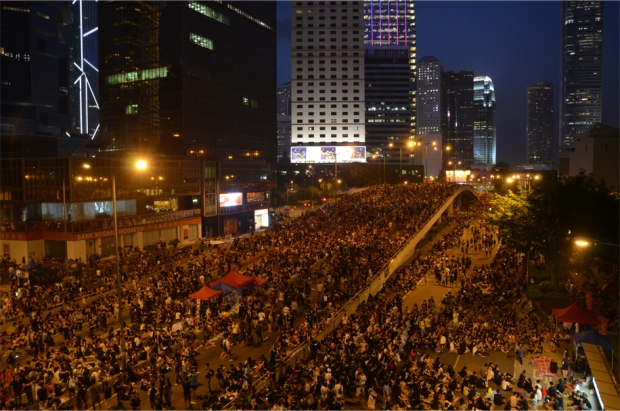 A flyover filled with protestors 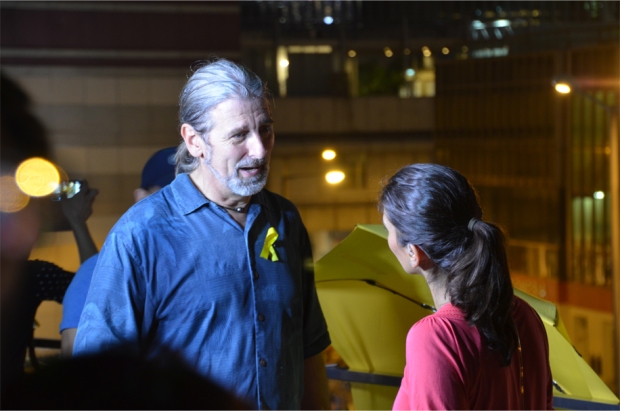 Paul Zimmerman being interviewed by the BBC 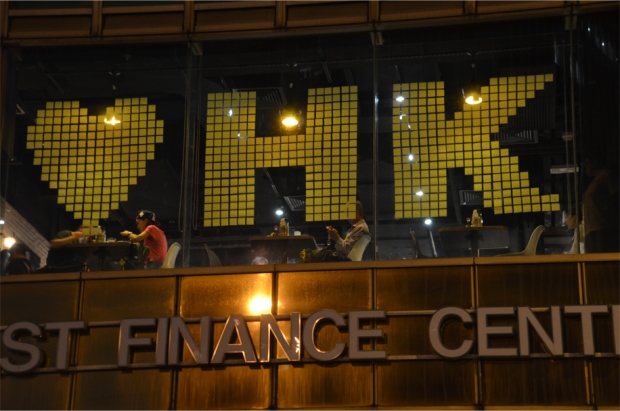 A show of solidarity 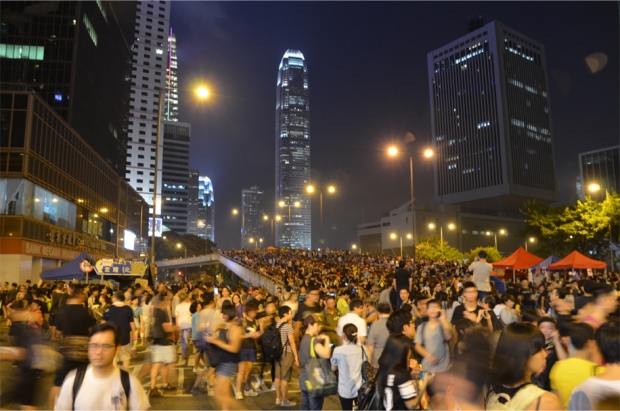 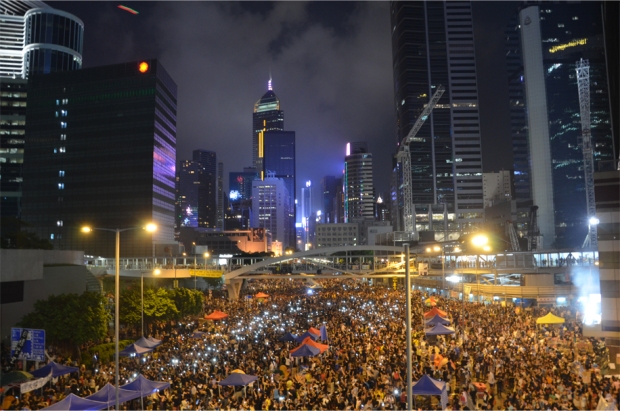