A Taste of Lebanese Hospitality 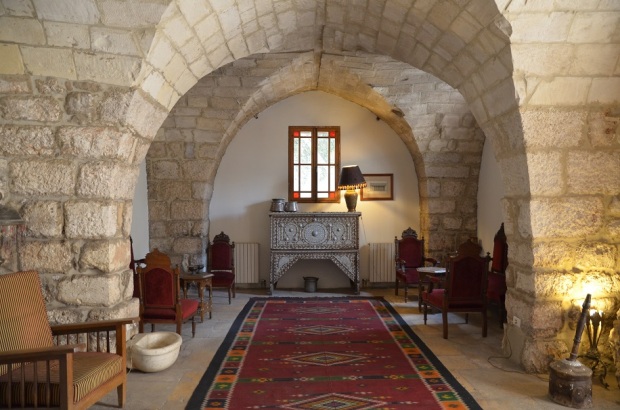 Bama and I have just returned from our first-ever foray into the Middle East, and we cannot even begin to describe how much we loved Lebanon. It has been an exhausting 20-hour journey from door to door involving two flights and a nail-bitingly short transit in Doha, where I was felt up by airport security (lesson learned: do not attempt to smile at the staff when passing through the metal detector) – but the trouble and fatigue have been well worth the adventure of the past nine days.

Before we go on, I must implore you to toss out the popular perception that Lebanon is a dangerous place. Yes, it is true that the Lebanese have been dealt the short end of the stick when it comes to recent history; now it seems unthinkable how a small country the size of Massachusetts was engulfed in a bitter civil war from 1975 to 1991 that pitted Muslim against Christian, Sunni against Shia, Catholic against Greek and Armenian Orthodox. Lebanon then was a battleground for competing regional powers: Israel, Syria, Iran, and the Palestinian Liberation Organization. Behind the scenes, the U.S. and the Soviet Union threw their support behind opposing factions and sent them arms. But the barbarity of that protracted 15-year conflict did nothing to dampen the Lebanese tradition of hospitality. In fact, the one English word everyone up and down the country seems to know is “welcome”.

That warm Lebanese welcome was apparent even before the trip. Mahmoud, an old friend from my student days in Spain, was kind enough to draft an invitation letter – both in English and in Arabic – for Bama’s tourist visa application. Had he not done so, the chance of approval would have been extremely slim. And if it weren’t for classes he had to teach, Mahmoud would have picked us up at the airport himself. On that first day in Beirut, the Lebanese capital, he was not at all annoyed that we showed up half an hour late for a meeting, because we’d underestimated the walking distances around town (he was immensely relieved that we’d actually found our way there on foot). What followed was a tour of his workplace, the American University of Beirut, and the celebrated seafront promenade known as the Corniche, followed by relaxed conversation over thick Middle Eastern–style coffee. Two days later, Mahmoud treated us to drinks at a cozy neighborhood pub and then an indulgent dinner of Lebanese mezze – including the best baba ghanouj (grilled eggplant dip) that has ever passed my lips. He secretly settled the bill and called an Uber to take us back to the hotel when the night was over. Next time, he told me, he would take us on a road trip going north and south and into the mountains. 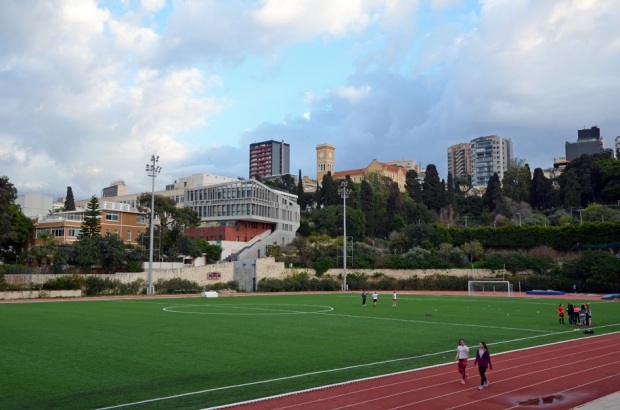 On the lower campus at the American University of Beirut 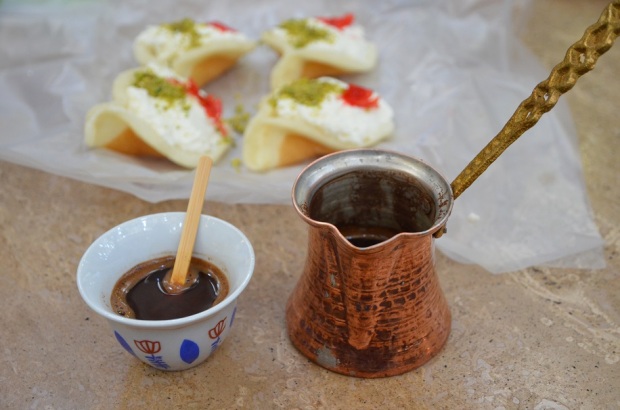 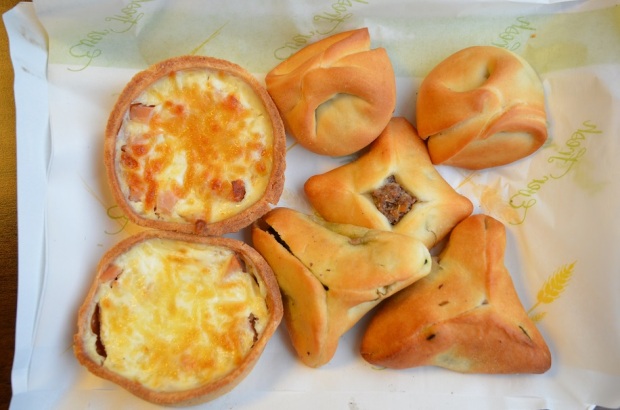 Breakfast pastries and quiches at a local bakery 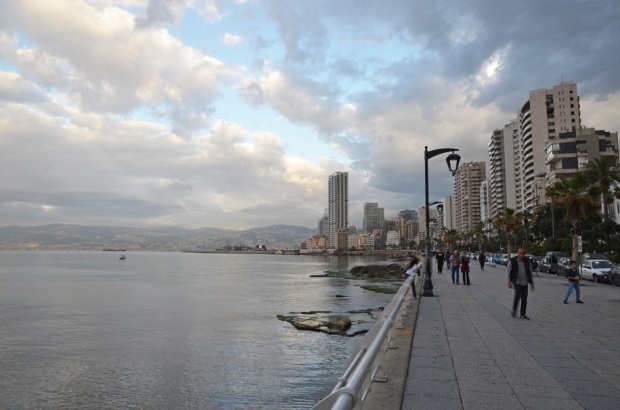 Speaking of high places, the people of the Mount Lebanon region were just as hospitable. We soon met Nana, a souvenir vendor and artisan with three connected stalls right opposite the Forest of the Cedars of God, a small reserve protecting the national tree depicted on Lebanon’s flag: the fabled Cedrus libani. “Welcome!” She cheerfully greeted us as we walked past. “Where are you from?” There was no pressure to buy, and when we browsed her shop after taking too many photos of the snowy landscape, Nana offered me a custom-engraved cedar wood key chain as a gift.

At White Cedar Hotel & Resort, a 15-minute walk up the road, the grandfatherly patriarch and owner Rafael plied us with all manner of treats (on the house) once Bama and I came in from the cold. We sat together and talked in a cozy living room for several hours, warming up with DIY Cadbury’s hot chocolate, munching on apples grown on his nearby farm, assorted nuts and fried snacks, and carrot sticks in lemon juice, all washed down with glasses of homemade wine. And just as we were heading back to our room after Rafael left without warning, he reappeared with dessert: pockets of pita bread stuffed with his own fig and walnut jam. Rafael was determined to send us to bed with full stomachs, and he promised that he would stay the night at the hotel so he could drive us into the nearby town of Bsharri after breakfast the next morning.

Down in the Beqaa Valley, we came across Muhammad, a taxi driver from the city of Baalbek who drove us 90 minutes from the hotel to the UNESCO-inscribed ruins of Aanjar for our final afternoon in Lebanon. On the way back, not far from Aanjar, he pulled over beside a small roadside café and asked if we wanted coffee or tea. We initially thought Muhammad wished to take a break by going inside. Naturally our instinct was to open the car doors and follow his lead. “No pay, no pay,” he explained. “I get for three of us to have in car.” Within a few minutes, Muhammad was handing us paper cups of sweet, piping-hot tea, expecting nothing in return.

My advice is this: go to Lebanon. Go before the rest of the world gets wind of just how beautiful and welcoming the country is. Make like the Italians, the Germans, the French (the latter certainly have a predilection for traveling to their former colonies), and the Swiss – some of whom pay a visit to Lebanon’s ski slopes. Brush off the stark travel advisories about the Beqaa Valley and make a beeline for Baalbek. It is nothing less than a privilege to join the small trickle of visitors touring some of the most awe-inspiring ancient Roman ruins you’ll find anywhere in the world. And no matter where you travel in Lebanon, you’ll hear exactly what Bama and I did on countless occasions over those nine incredible days: “Welcome, welcome! Ahlan wa sahlan!” ◊ 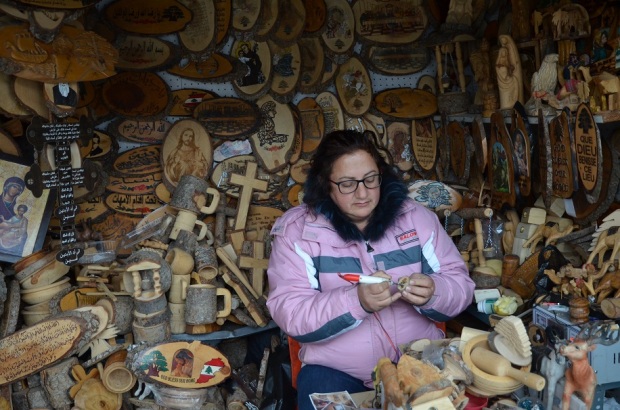 Nana at her souvenir stall and woodcarving workshop 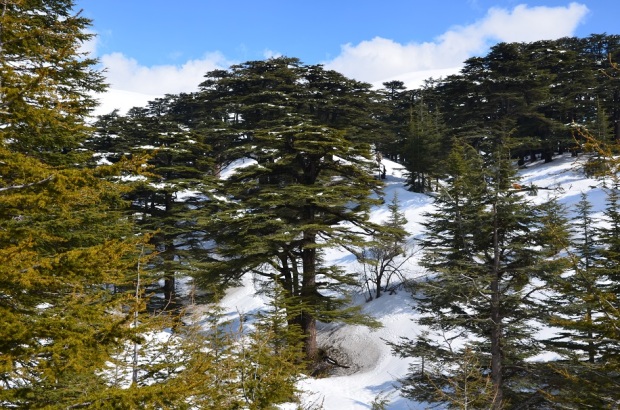 The Forest of the Cedars of God 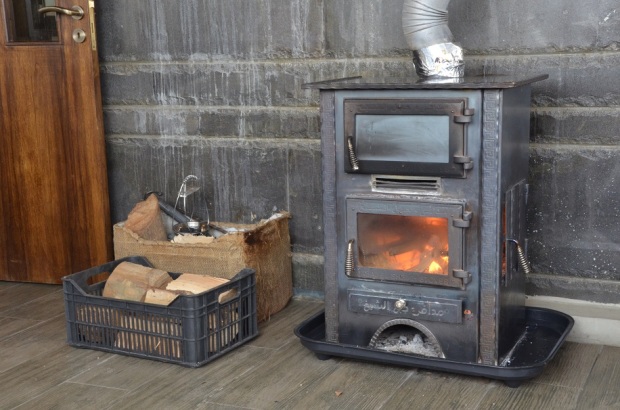 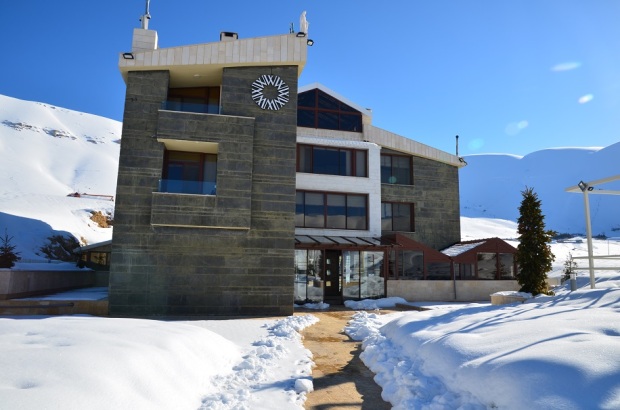 The approach to the same family-run hotel 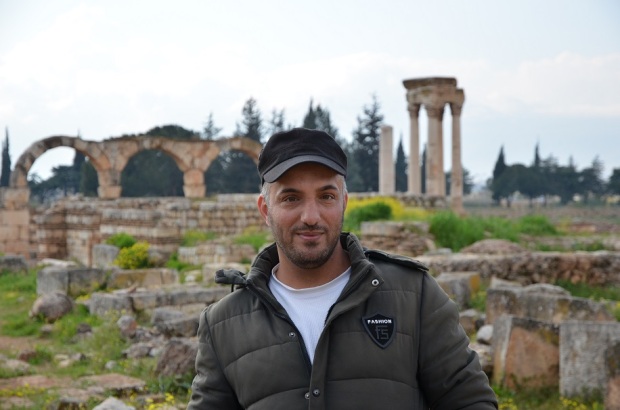 Muhammad at the Umayyad ruins of Aanjar