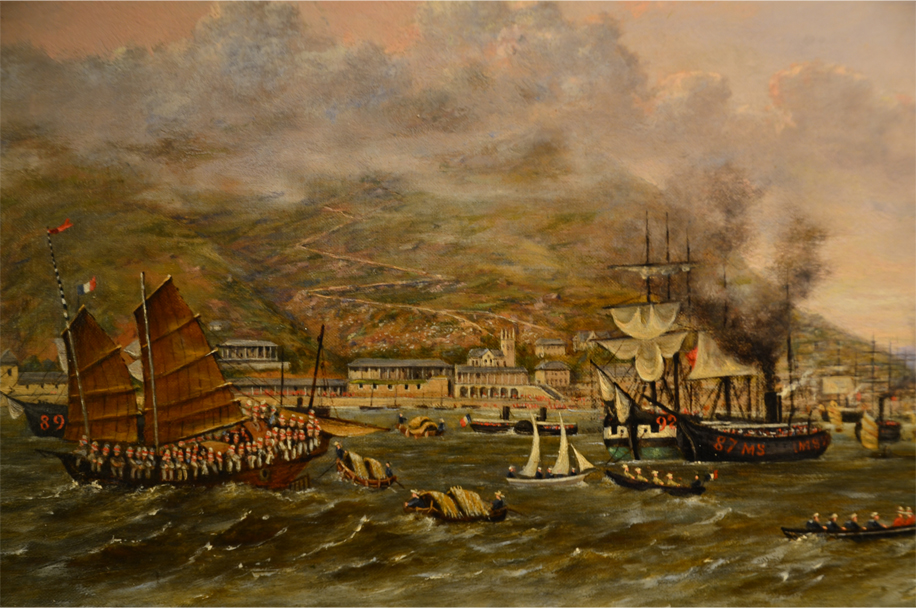 Written with a quill, the florid cursive inscribed on the pages of a ship’s logbook was still legible: “Tuesday March 1st – 1796. Light winds…, weather fair and pleasant, a smooth sea.” These were the words of Captain Charles Christie on the East Indiaman Belvedere, then engaged in the lucrative China trade.

To walk the darkened galleries of Hong Kong’s Maritime Museum is to step back into the conditions that drove the foundation of the modern city. Centuries before the Portuguese pioneered the sea route from Lisbon to India and Malacca, trade and commerce had formed the basis of long-standing links between Asia’s coastal communities.

On display were models of not just Chinese junks but also Japanese and Korean ships, alongside two Indonesian vessels. One was taken from a famous relief on the 8th century monument of Borobudur; recreated in full scale for a 2003 expedition from Jakarta to Accra, Ghana, it is a testament to the seafaring abilities of ancient Javanese sailors, who crossed the Indian Ocean to Madagascar and beyond.

Another section was dedicated to Zheng He, a celebrated Muslim explorer, admiral and eunuch, who sailed as far as East Africa as an envoy of the Chinese Emperor. Between 1405-1433 Zheng He embarked on seven epic voyages aboard a majestic “Treasure Fleet”, and traces of his legacy are still visible around Southeast Asia.

Here too, were many allusions to the European Age of Discovery, including models of a Portuguese carrack (or nau), and a Spanish galleon that made the run between Manila and Acapulco, exchanging luxury Chinese goods for Mexican silver.

At one end of a gallery stood a collection of well-worn pots, simulating cargo lost on the sea bed. Four jars were laden with dried spices – peppercorn, cloves, nutmeg and cinnamon – and I leaned in close to take a whiff of each one. The fragrant scent of nutmeg transported me to the swaying palms and white sand beaches of Indonesia, as I mulled over the lengths to which European sailors went to procure these precious spices.

And where there was money to be made, pirates were never far behind. Among its collection of historic paintings, the museum’s star exhibit is “Pacifying the South China Sea”, a Qing Dynasty scroll narrating the events leading to the navy’s eventual victory over local pirates in 1810. A key player in the saga was legendary figure Cheung Po Tsai, chieftain of the pirate squadrons who controlled the three sea trade passages of Guangdong. Local lore maintains that he once stowed his treasure in a small cave on the island of Cheung Chau, a site that can still be visited today.

Inside the museum, canvas after canvas of junks and sailing ships captured my imagination, as did the bustling harbour of a 19th century Hong Kong, then a nascent British colony with bald hills and a coastline not yet altered by reclamation. Growing up, I often dreamed of adventure on the high seas; perhaps it was not surprising for someone accustomed to islands, born in a tiny nation at the southern end of the Strait of Malacca.

Fortuitous timing on this visit meant that I was in for a treat – minutes after ascending to the main floor, two excited teenagers alerted me to an unusual sight on the harbour. Like a phantom resurrected from the pages of history and the canvases I had just seen, a replica of a European tall ship sailed gracefully into view. Several other visitors flocked to the window, and we watched, spellbound, as it manoeuvered into position at the adjacent pier. What we saw evoked the magic of a bygone era – before the advent of air travel – and it stirred a deep desire that perhaps someday, I too would follow the fabled Spice Route. 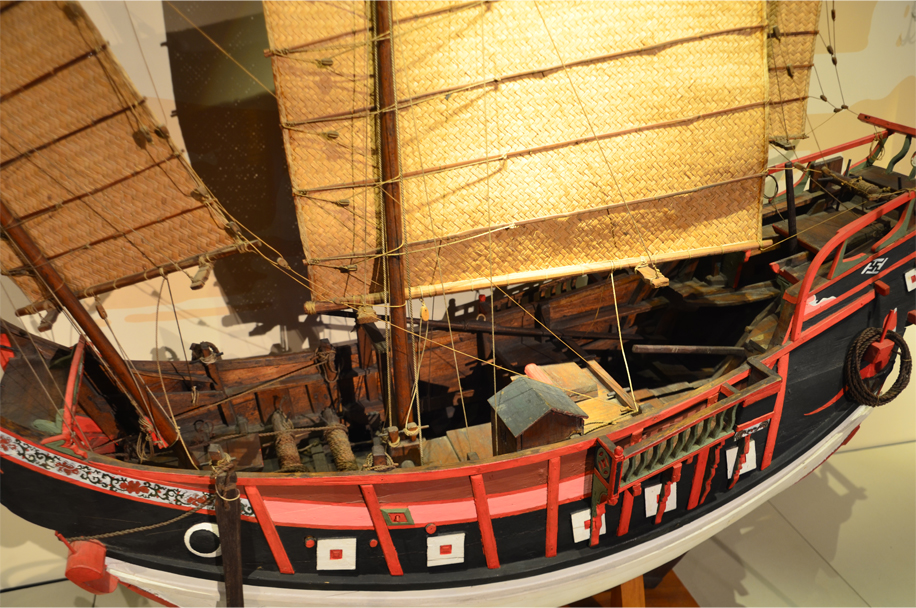 A 19th century model of a Fujianese junk 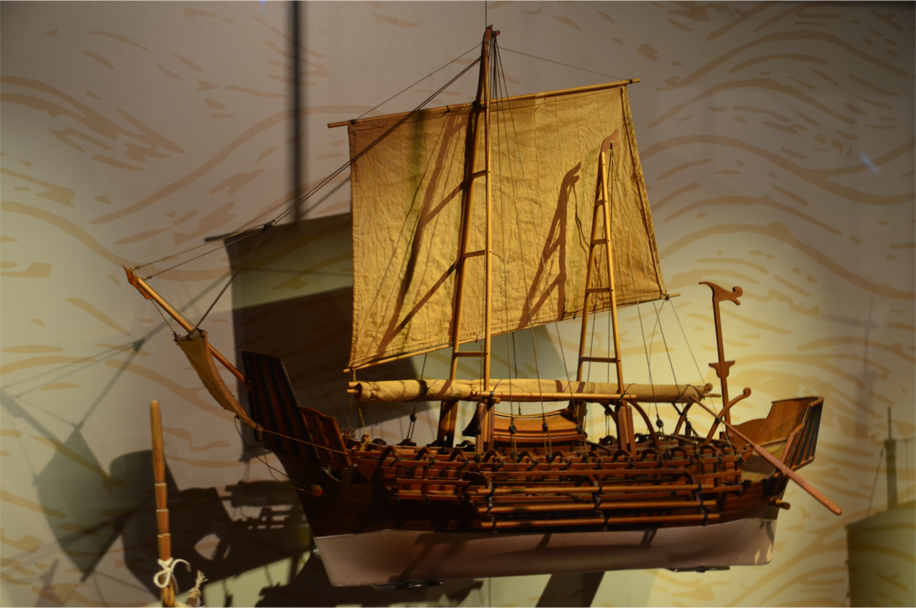 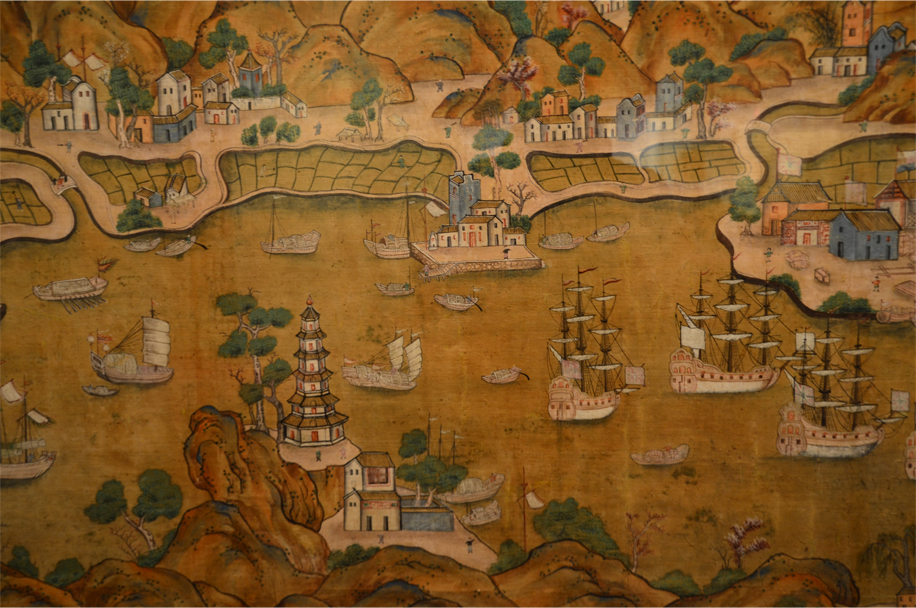 Junks and European ships on the Pearl River 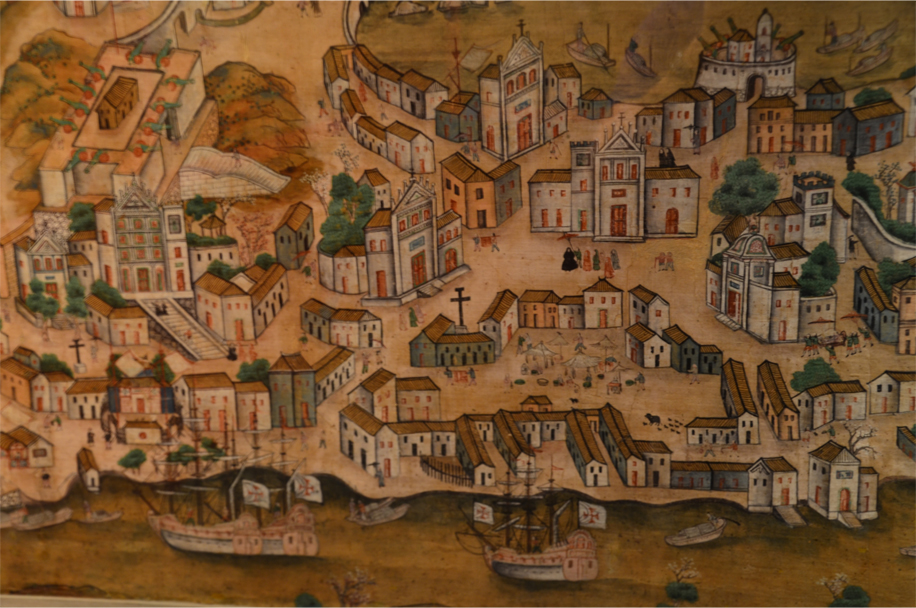 Macau in the late 18th century – a city of churches 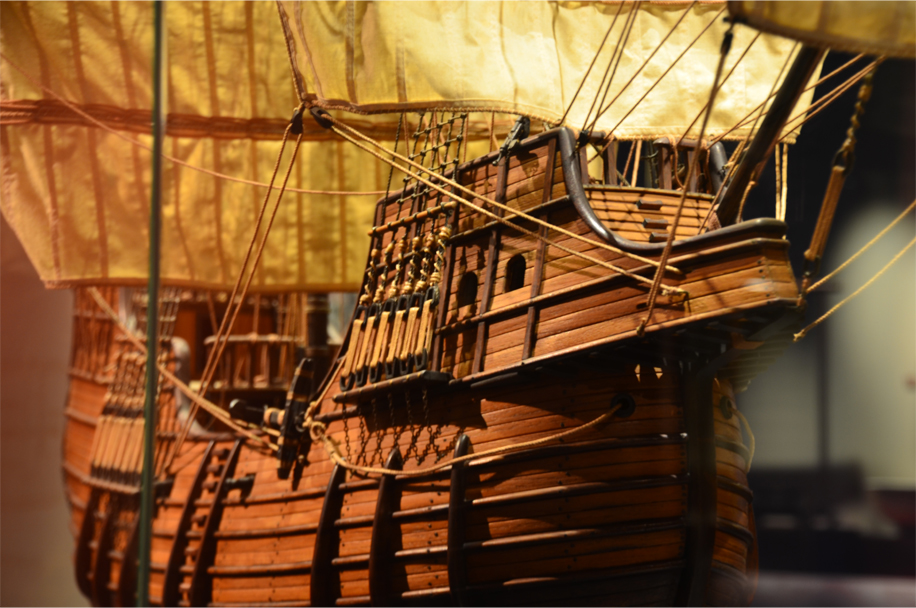 Hull of a Portuguese carrack 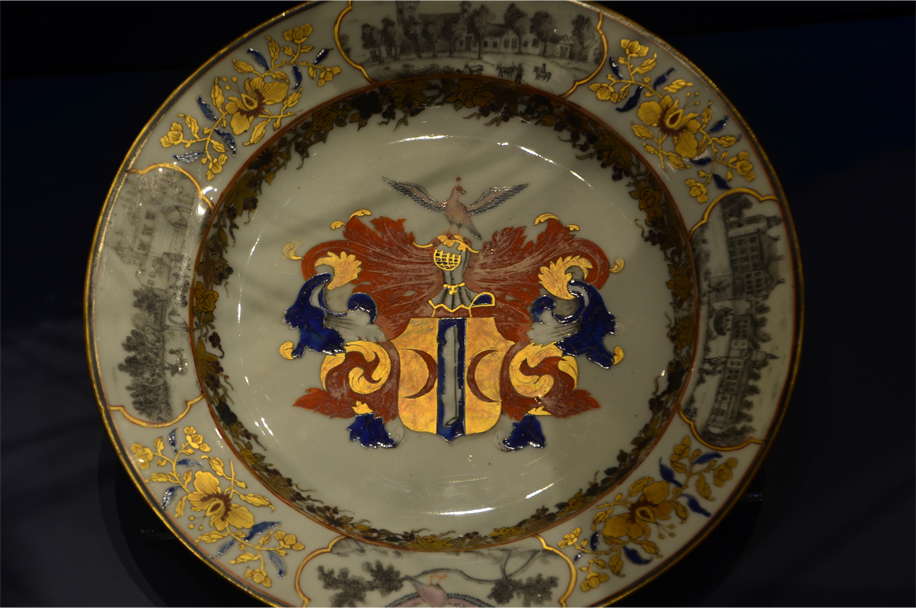 An 18th century plate, made for the Governor General of the Dutch East Indies 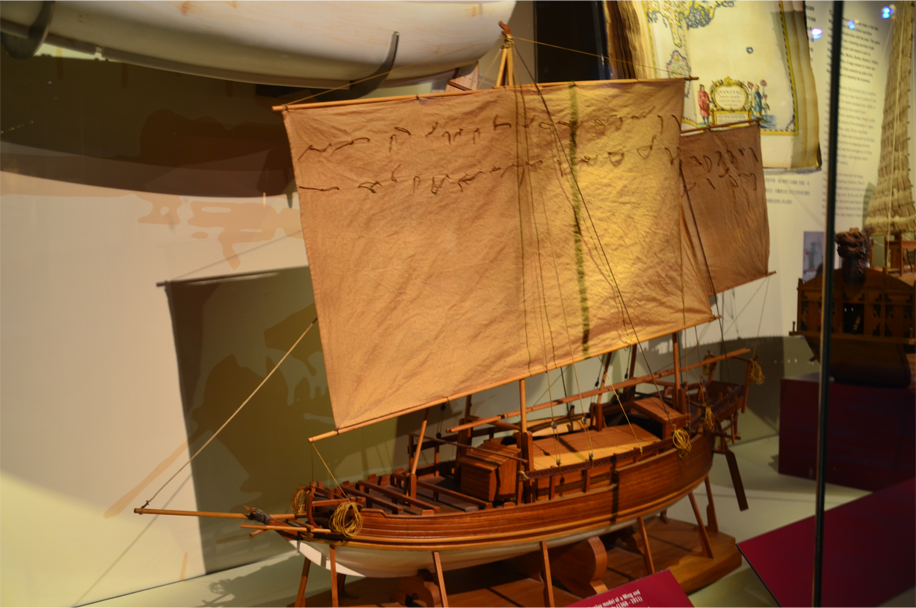 Model of a 16th century ‘Perahu Makassar’ (or ‘padewakang’), native to Indonesia 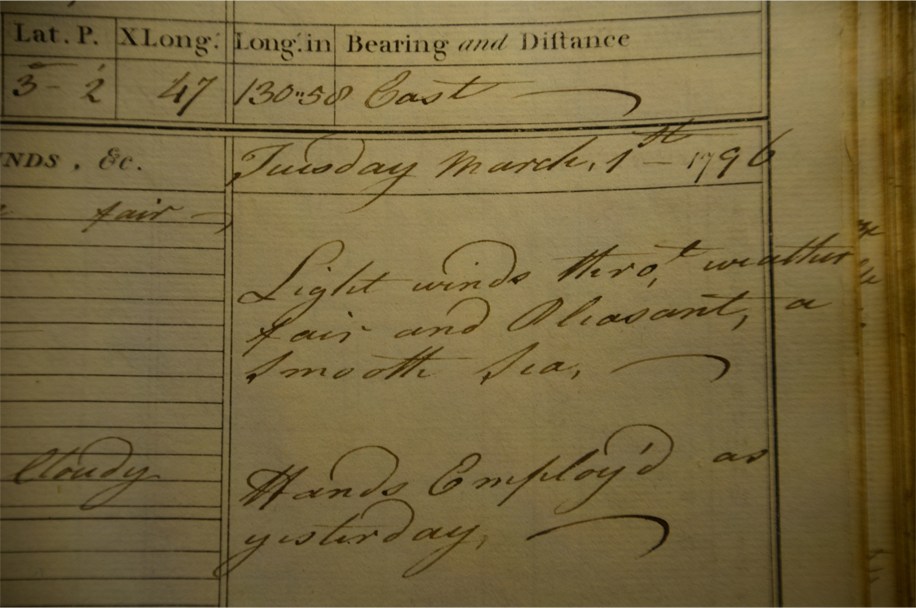 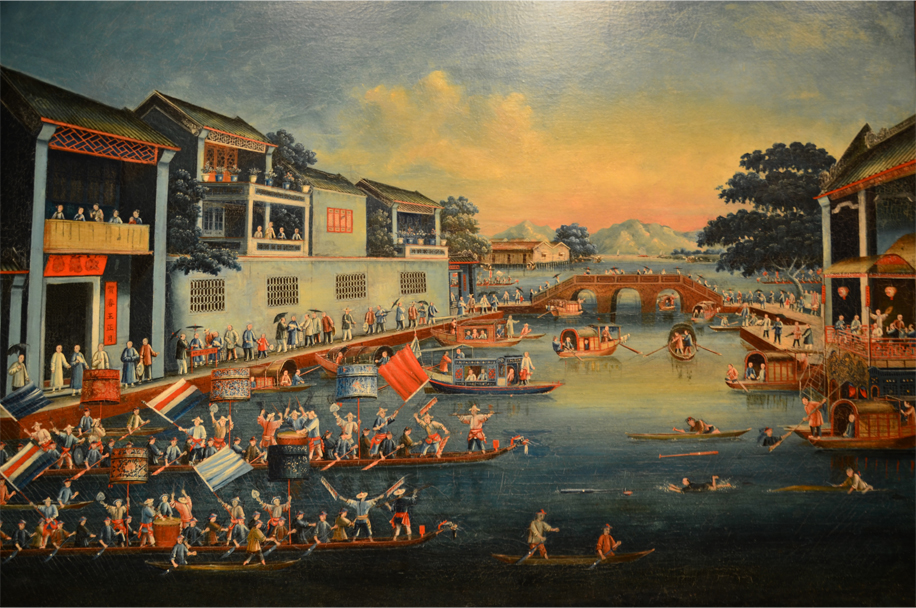 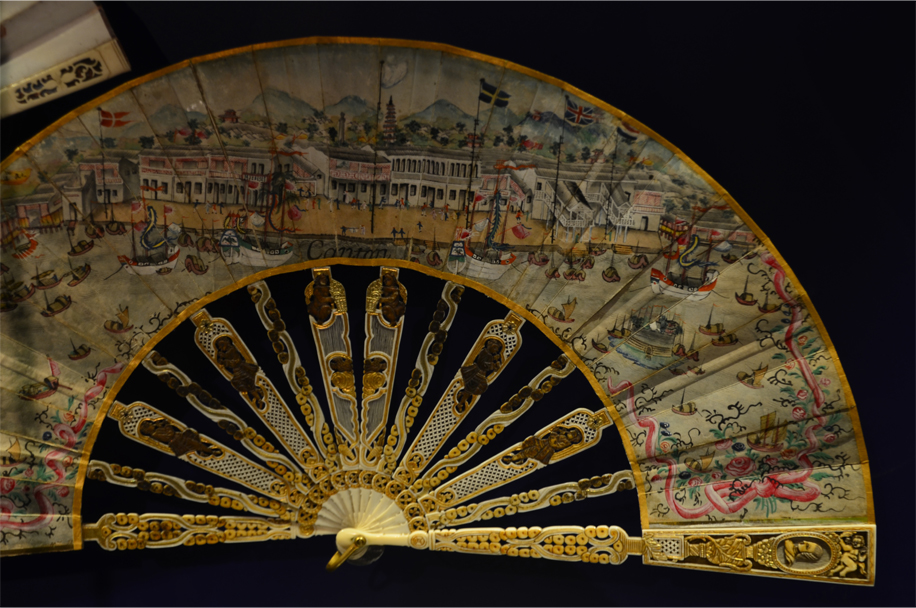 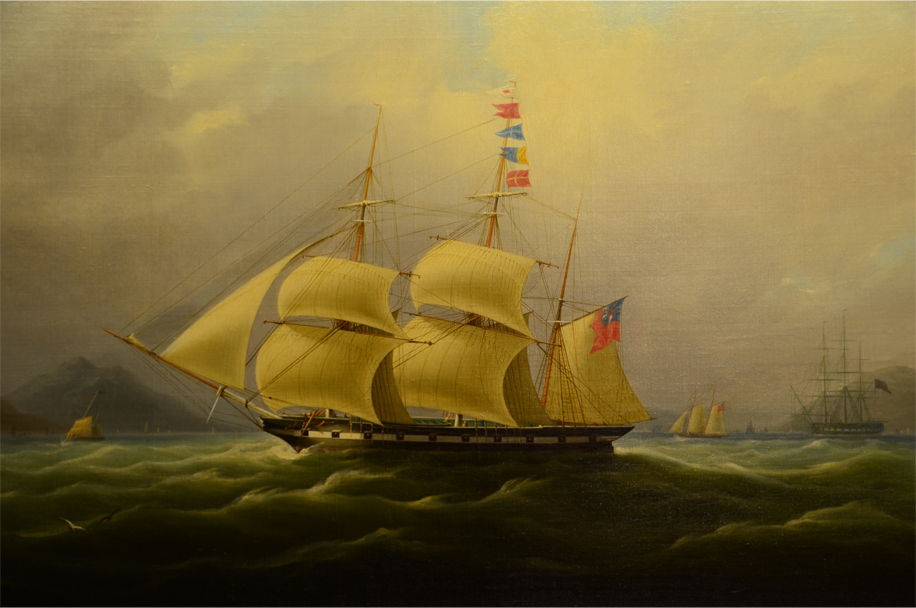 The opium clipper Sylph off the China coast, c.1830s 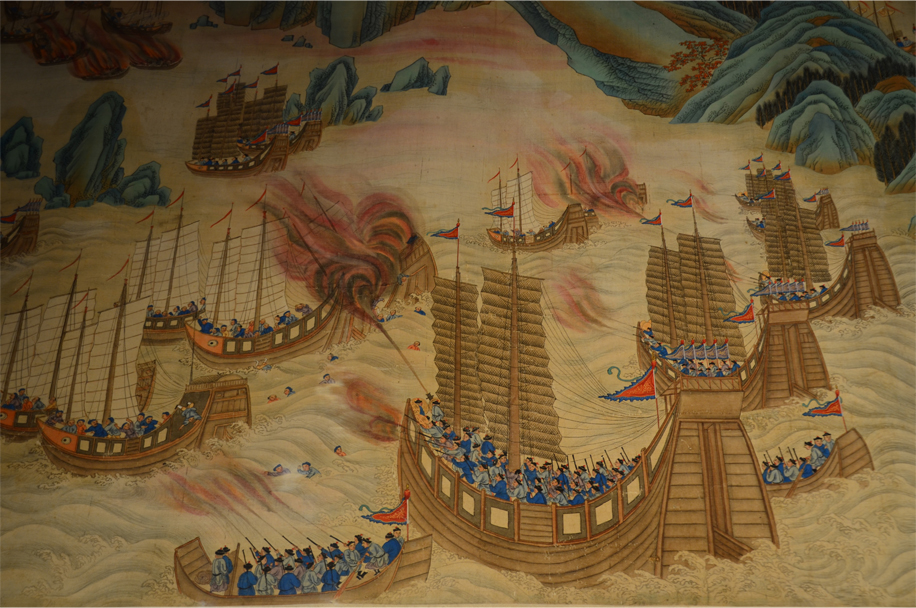 A scene from ‘Pacifying the South China Sea’

Blast from the past 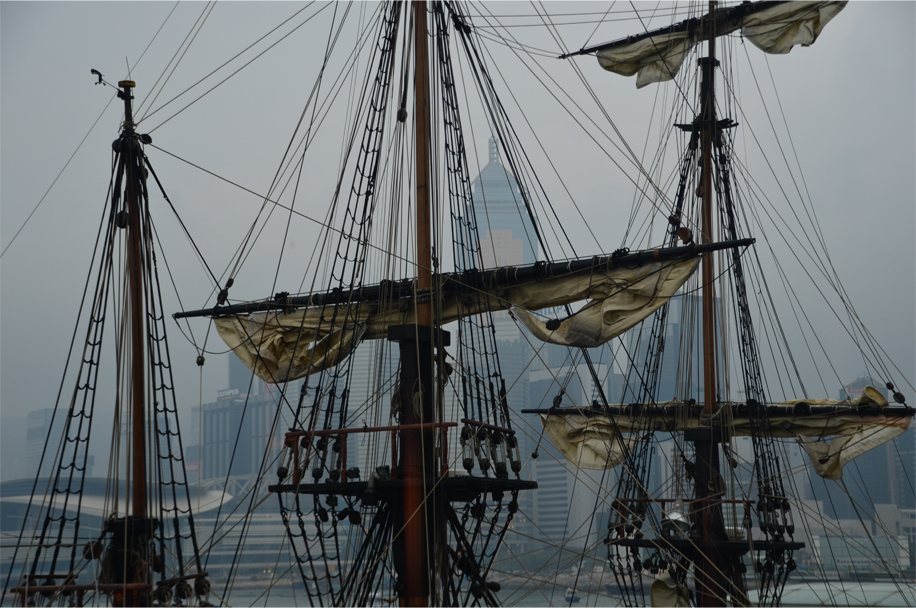 Sails up in Victoria Harbour 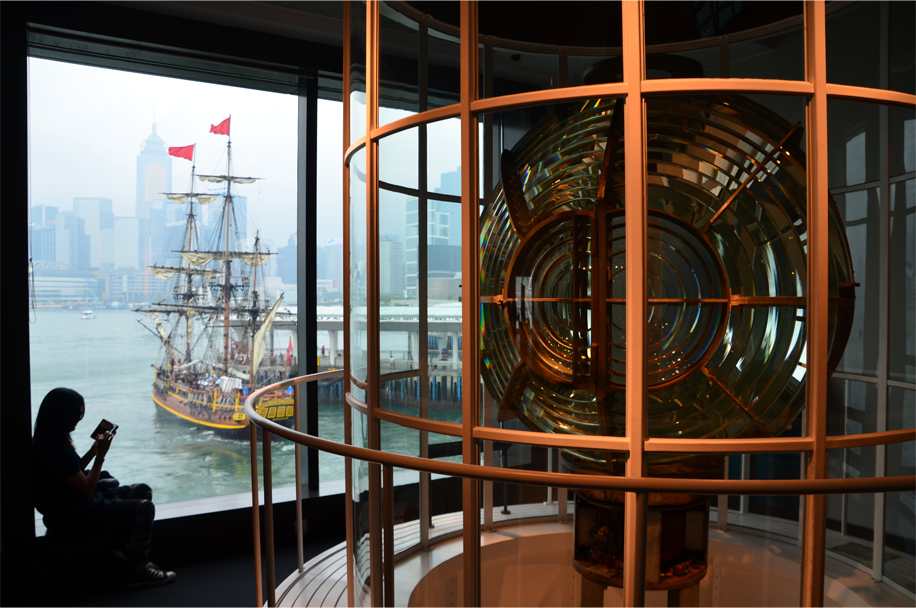